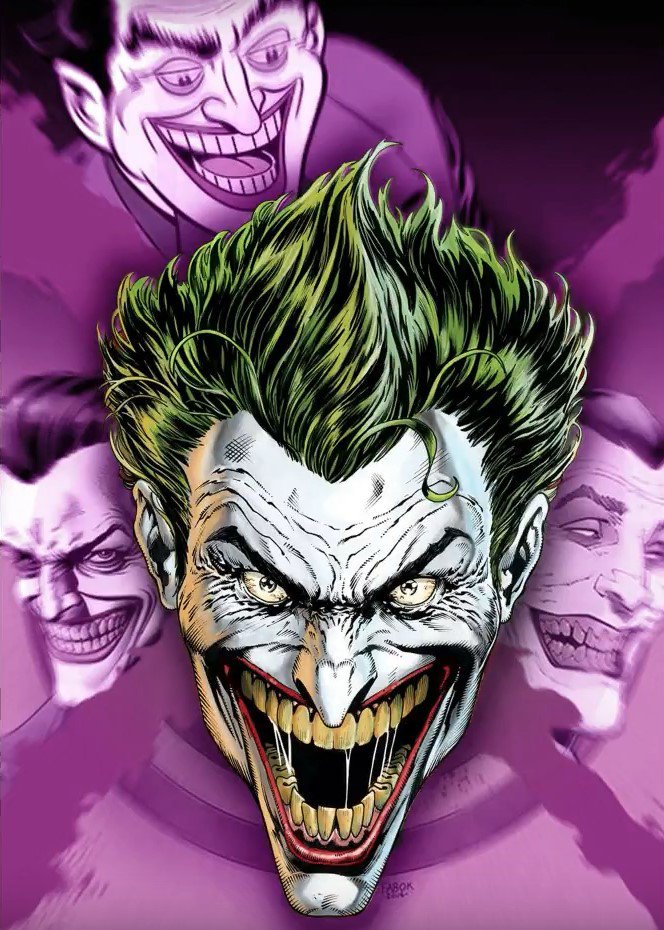 Shakespeare said it best with the oft quoted line, “What’s in a name? That which we call a Joker would always terrorize Gotham with joyous cackles. In summation, that which is described a treacherous trio of Jokers by any other name would massacre with thrice the jests.” It just rolls off of the tongue. Even considering this complete debasement of one of Shakespeare’s seminal works, the overall sentiment remains the same. The Joker’s secret identity doesn’t matter; it is his torturous and murderous actions that truly define him. In Justice League #50, Geoff John’s stroke of genius regarding the true identity of the Joker can best be described as an oxymoron, as it must have been surprising to no one and everyone. All of those individuals seeking vindication that the Joker was actually Jack Napier, the man who truly murdered Martha and Thomas Wayne in the alley that fateful night, were sorely disappointed. Ultimately, the reader discovered that the Mobius Chair did not reveal the identity of the Joker to Batman. Instead, it devastatingly revealed that there are three Jokers wreaking havoc on Gotham City.

With that single statement, the cost of life insurance in Gotham just tripled. No single comic book writer has ever been so empowered to possess the ability to reveal the Joker’s true name. In Alan Moore’s often referenced work, The Killing Joke, the Clown Prince of Crime says, “If I’m going to have a past, I prefer it to be multiple choice.” As a result, it is no surprise that Geoff Johns ultimately reneges on his promise of providing the Joker’s true name. However, no one ever expected the writer to take the quote so literally, providing the audience with three co-existing versions of the Clown Prince of Crime. Everybody, hide your kids, hide your wives and arm yourselves with your Batarang-blasters because there are three Jokers up in here murdering everybody. Here are three knee-jerk reactions to the existence of three Jokers for you to read while waiting for this dung downpour to pass.

3) NO ONE HAS EVER NOTICED THAT THERE ARE THREE JOKERS TERRORIZING THE WORLD!?


If one were to take the dialogue from DC Rebirth #1 at face value, then Batman reinforces this new development that three Jokers are operating concurrently around the world. While monitoring news feeds, he notes that the Joker has been sighted in a Civic City candy store. One individual was killed with two more being held hostage. He then goes on to note that the Joker was caught outside of Baltimore three hours ago, and is currently being transferred to Arkham Asylum. Although the dialogue suggests that all of the Jokers are operating in different cities, this plot development seems implausible. The one possible option is that the individuals carrying the mantle of the Joker are essentially operating on a one-at-a-time basis after the events of Superheavy.

Batman’s research into the three individuals operating under the Joker alias reveals the individuals to be the Golden Age Joker, The Killing Joke Joker, and the Endgame Joker. It is possible to believe that throughout his tenure as Batman, Bruce Wayne chalked up the Joker’s slight changes in appearance as well as personality to the character’s innate insanity. However, Batman’s intimate knowledge of his arch-nemesis makes this revelation a difficult pill to swallow. One would have to suspend their disbelief to accept that Batman wouldn’t recognize that the changes in mannerisms, character, and appearance were huge red flags that he was not dealing with the same individual during separate cases. Moreover, accepting the fact that Batman’s genius level intellect was incapable of drawing the connections between character inconsistencies and overlapping criminal cases can be likened to vigorously inserting a whale-sized suppository blazoned with the DC Comics logo. Batman might as well exchange his title of World’s Greatest Detective with Batzarro for the title of World’s Worst Detective.

1) Convergence: The Joker of Three Worlds 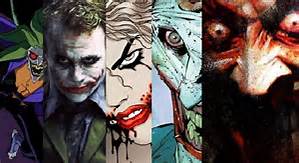 However, there is at least one possible solution which exists that does not render the World’s Greatest Detective completely inept. Imagine, if you will, a multiverse consisting of an infinite number of worlds. The Golden Age, The Killing Joke, and The New 52 are all represented by individual worlds within this multiverse. After the events of Convergence, two of these individuals are left without a world to terrorize. Their insatiable lust for chaos and crime lead them to take advantage of a horrible situation, and they find their way to The New 52 Earth. On this Earth, the two Jokers find that their counterpart has been healed of his disfigurement, following the events of Endgame, and seek to take advantage of his absence by instilling their own brand of terror on this world. Now that The New 52 Joker has reverted to his old murderous ways, our world is plagued by a trio of jesters. This is similar to how the pre-New 52 Superman found his way to this earth following the events of Convergence. Allowing this development to be something more recent also makes Batman appear as a much more capable detective.

Although this is one theory that I have been considering, it is not necessarily one of my favorites. With DC Universe: Rebirth, the comic book line is supposed to be returning each of the characters to their essences. Every reader has their favorite version of the Joker from their favorite story. As a result, it is possible to see how the writers could have distilled the character into these three iterations of the character to appease all of the fans. Instead of making things simpler regarding the character, as initially intended, the plot has just grown denser.

Bonus: IS HARLEY QUINN IN ON THE GAG!?

Assuming that only the two initial assumptions regarding the Joker are correct, has Harley Quinn been in on the gag the entire time? Does that mean that she has been romantically involved with three separate madmen? Is she currently involved with all three madmen? How could anyone survive the mental punishment? Is this what drove the good doctor over the edge!?

What are your thoughts on the revelation of three Jokers existing on this earth? Are you excited to see where this plot device takes the audience or are you underwhelmed? Sound off in the comments below!