Home COMICS The Fall and Rise of Captain Atom #1 Review: Better Than What’s... 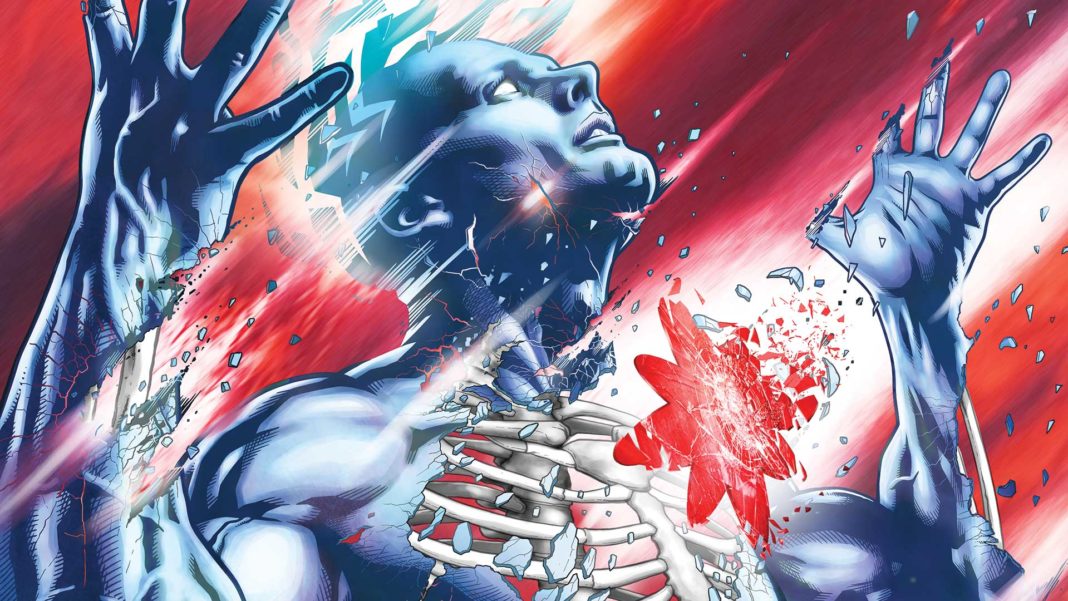 Gang, our The Fall and Rise of Captain Atom #1 review is a little SPOILER-Y, so…check back with us after you’ve read the issue. Oh? Still here? Thank you!

Captain Atom is one of those characters that exists comfortably on the fringes of the DC Universe. Every few years, DC dusts the good Captain off, gives him a shot at a solo book, and then packs him back to be pulled out later. Often times, the adventures of Nathaniel Adam are derivative of stuff already done in Watchmen with Doctor Manhattan, and the whole thing becomes an exercise in imitation and predictability.

Indeed, when the New 52 began, Captain Atom was part of the first wave of relaunched books, and indeed the whole thing was a Doc Manhattan-lite riff that left old fans of Captain Atom cold. Nathaniel Atom hasn’t really been seen since, but I guess DC felt this new Rebirth-era would be the right time to try the character again. This time, the results are pretty positive.

The Fall and Rise of Captain Atom #1 is certainly impressive in the talent department. The book is written by the legendary scribe that brought the character into the DC Universe post-Crisis on Infinite Earths, Cary Bates, and co-plotted by one of the greatest names in modern animation, one of the creators that brought you Spectacular Spider-Man, Young Justice and Star Wars Rebels, Greg Weisman. That’s quite a creative pedigree for a rather esoteric character.

The Fall and Rise of Captain Atom #1 hits all the same beats that Bates’ original 1980s Captain Atom series hit back in the day. The themes of uncontrollable power in the hands of a good and loyal, patriotic man are front and center and Bates and Weisman utilize a few members of Atom’s old supporting cast. If you read the old series, The Fall and Rise of Captain Atom #1 is like going home again, and if you didn’t, this book is a pleasant and well-paced look into the characters.

There are some character issues in the book as Captain Atom has absolutely no agency. He doesn’t do anything to help himself or solve problems or be heroic. Everything he does is filtered through his small supporting players or through the guest-starring Justice League. The Fall and Rise of Captain Atom #1 feels more like a Justice League comic than a Captain Atom feature. I’ll tell you this for free, though: I’d read the heck out of a Justice League book co-written by Weisman.

And that’s almost what we get here. As far as being a Captain Atom book though, The Fall and Rise of Captain Atom #1 is like every other Captain Atom book that has ever been published, it’s just a very well-crafted version of it. Atom’s powers become out of control, he panics, and heroes intervene, rinse, repeat. The last page does get all timey-wimey which bodes very well for the future of this little project, so I’m curious about what will happen next.

And gosh, does Will Conrad bring his A-game. For a book starring a character that many considered a minor DCU player, this book certainly looks as artistically awesome as a major summer event comic.