Home COMICS Does Batman Have a Murdering Twin in Detective Comics #934?? 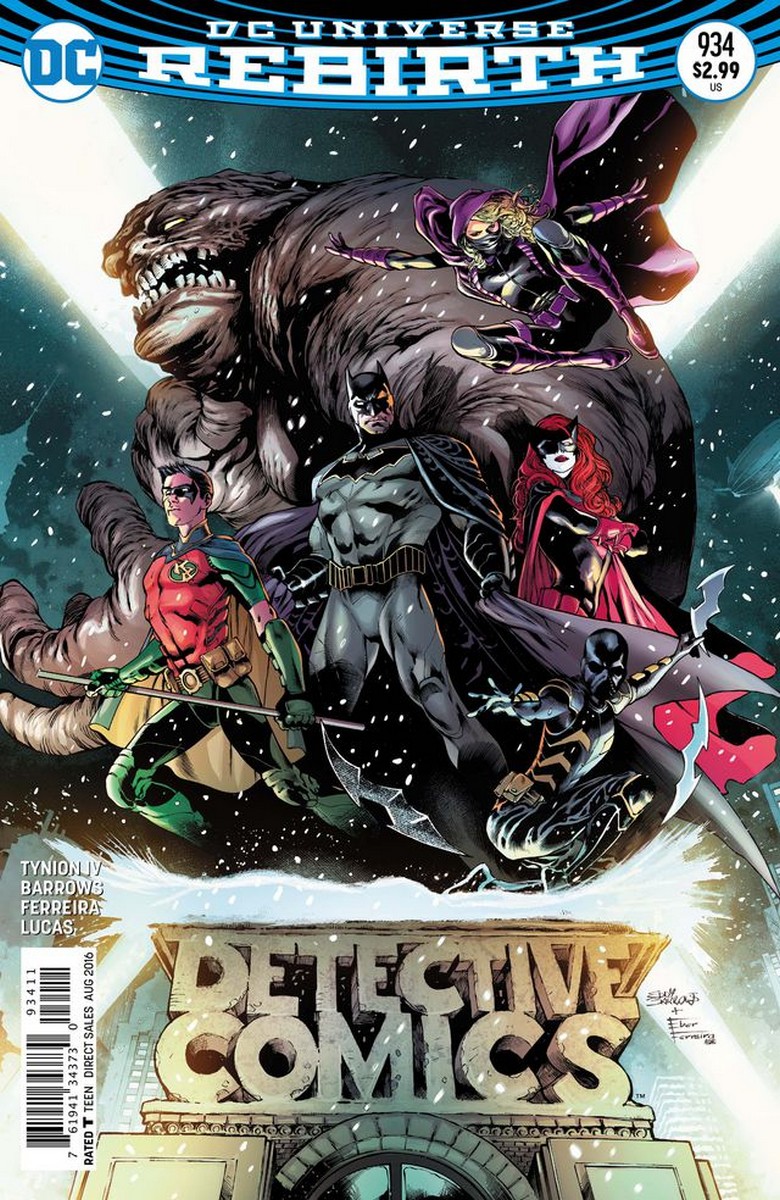 AAHH! Say it ain’t so! Thanks to our good friends at DC, we recently received a preview for Detective Comics #934, the very first issue of Detective Comics in the new, pleasantly refreshed and brazenly unashamed DC REBIRTH universe. Besides its new direction and REBIRTH designation, Detective Comics #934 also marks a return to the legendary series’ original numbering. Yep, it’s been around a good long while and believe it or not, that’s a good thing; it’s not the sales-stifling, marketing nightmare implying inaccessibility through swollen history, it’s a testament to continuity and a celebration of legacy. So, Detective Comics is here, and with it a bold new entry into the infinite Batman narrative. The Dark Knight’s latest mystery? Well, it appears there’s someone who looks very much like him, a violent “twin” beating the holy hell out of dangerous threats and, unfortunately, Batman’s trusted allies. Check out the following finished, interior pages below!

According to the official press release-

“RISE OF THE BATMEN” chapter one
An unknown predator begins outdoing Batman, taking down dangerous threats with military precision. It’s up to the Dark Knight and series costar Batwoman to rally and train the young heroes of Gotham City to end this mysterious threat!
WHAT NOW: Batman and Batwoman begin training Spoiler, Red Robin and Cassandra Cain, but is the villainous Clayface ready for redemption?
On sale JUNE 8 • 32 pg, FC, $2.99 US • RATED T