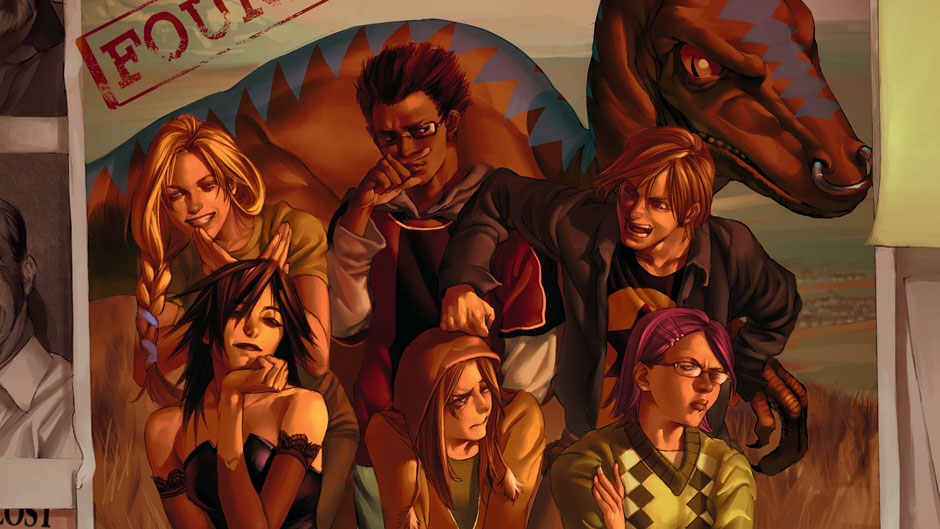 With the successful Marvel/Netflix partnership bringing legendary heroes to the TV screen, Hulu has decided to jump into the ring by producing and adapting Marvel’s The Runaways.

The comic, created by writer Brian K. Vaughan and artist Adrian Alphona, first premiered in comic book form in 2003 and was ultimately canceled in 2009. The story focused on six diverse teenagers who were the children of various members of an evil crime organization known as The Pride, comprised of wizards, mafia, mad scientists, telepathic mutants, aliens and time-travelers. If you ever thought your parents were evil, this is definitely the series for you!

Before the Hulu series premieres, here are five things you need to know about Marvel’s Runaways. 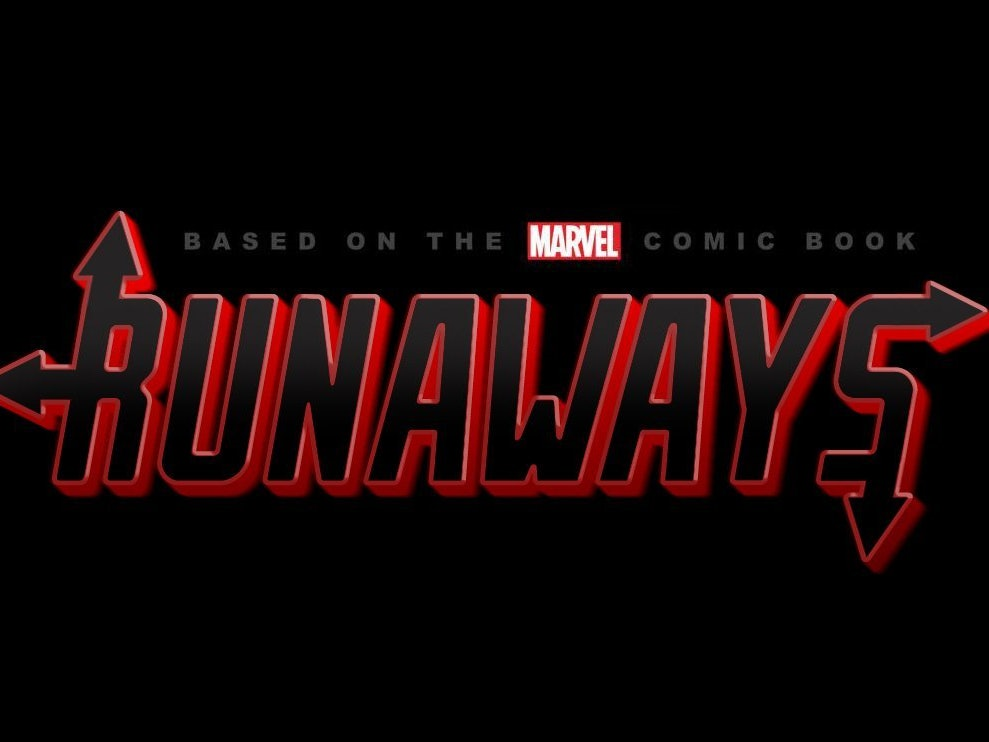 Runaways will be helmed by Josh Schwartz, the man behind NBC’s Chuck and FOX’s The O.C. He’ll be joined by his producing partner, Stephanie Savage.

Filming on the pilot episode and second episode have already wrapped but there is no premiere date as of yet; although, according to IDMB.com, there is a release date of 2018.

The series will consist of hour-long episodes, but the total number of episodes contained in season one is currently undetermined.

The Pride are the villainous group whose children become the titular heroes.

Geoffrey and Catherine Wilder, also known as the Thieves, are crime bosses who pose as businesspeople. Their son is Alex, who becomes somewhat of a leader of the Runaways.

The Wilders may appear average to those they come into contact with from day to day, but their short tempers and manipulative ways make them a good fit as the leaders of the Pride.

The role of Geoffrey will be played by Ryan Sands (HBO’s The Wire), and Catherine will be portrayed by Angel Parker (FX’s American Crime Story: The People vs. O.J. Simpson).

Dale and Stacey Yorkes, also known as the Travelers, are time travelers who use their machine to go back in time and retrieve valuable “antiques” to help make their fortune in the present. Their daughter, Gertrude, is somewhat of an outsider with her book smarts, sarcasm and cynical outlook.

The Yorkes are very snotty, obnoxious, and like to dress in old-fashioned clothing, mostly dressing in aviator-type clothes a la Amelia Earhart.

The role of Dale will be portrayed by Kevin Weisman (ABC’s Alias), and Stacey will be played by Brigid Brannagh (Lifetime’s Army Wives).

Frank and Leslie Dean, also known as the Colonists, are alien invaders from the planet Majesdane. They pose as Hollywood actors but also provide weapons to the Skrulls, a race of shape-shifting aliens who can also take on the shapes and powers of others.

They appear as loving parents but are quite hot-tempered and have a craving for war. And they conceived their daughter, Karolina, just so they could land on the cover of People magazine.

Frank will be played by Kip Pardue (Showtime’s Ray Donovan), and Leslie will be portrayed by Annie Wersching (FOX’s 24).

Victor and Janet Stein, also known as the Wise Men, are inventors and scientists who are known for inventing weaponized gloves and a transport ship. They provide the money for the Pride via their extraordinary conterfeiting ability.

Victor is an abusive father and Janet is the complacent mother to Chase. Victor will be portrayed by James Marsters (UPN’s Buffy the Vampire Slayer), and Janet will be played by Ever Carradine (ABC’s Commander in Chief).

Robert and Tina Minoru, also known as the Magicians, are dark wizards who seem normal like the Wilders, but are the least liked by the Pride, whether it be for their dark magic or for merely being human. The two also are also less involved with the Pride, so the reasoning behind their involvement is questionable.

Their daughter, Nico, is just as formidable a wizard as the two of them, but her insecurity over their opinions of her hold her back. Robert will be played by James Yaegashi (CBS’s Madam Secretary), and Tina will be portrayed by Brittany Ishibashi (Netflix’s Grace and Frankie).

Gene and Alice Hayes, also known as the Outcasts, are telepathic mutants posing as doctors. Their abilities make them capable of memory removal and sedation, which makes them dangerous to any foes.

If you’ve ever read an X-Men comic, you know that mutants aren’t exactly treated nicely by humans. Because of this fear, the Steins distrust and strongly dislike the human race.

They even try to make a deal with the aliens of the group, the Deans, to try and take over the Pride. They are even willing to sacrifice their daughter, Molly – the youngest member of the Runaways – to further their agenda.

Since Molly Hayes has been reimagined as Molly Hernandez for the series, it is not known whether the Hayes will also be adapted. However, the cast list names Nicole Wolf (La La Land) as Destiny Rodriguez.

The Pride all work for the Gibborim, which leads us to … 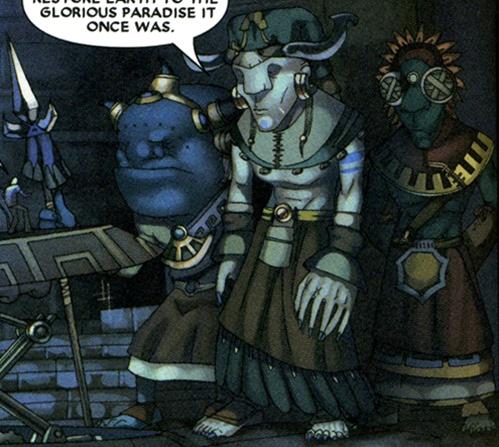 The Gibborim are three mystical giants who ruled the world a million years ago before the age of man. With the help of the Pride, they are looking to rise again, take over the world, and destroy most of mankind so they may create a new world full of peace.

In order to gather their strength, they require the Pride to perform the annual (for twenty-five years) Rite of Blood — the sacrifice of an innocent young person. As long as the Pride perform this task, they are given massive wealth as well as the enhancement of their powers and abilities.

While this all sounds good for the Pride, the major drawback is this: out of the twelve members involved, only six of them will live on to rule with the Gibborim while the other six will die. So, there’s bound to be some bonds broken.

The comic focuses mainly on the protagonists. However, throughout the comic series, there are guest appearances by major Marvel characters such as Cloak and Dagger (who are supposedly getting their own series on the Freeform channel), Captain America, the Wrecking Crew, Doctor Doom, Ultron, Luke Cage, Wolverine, Iron Man, Spider-Man, Beast, Colossus, Cyclops, Emma Frost, Kitty Pryde, Kingpin, and the Punisher.

The Runaways are also featured in major Marvel titles such as Civil War and Secret Invasion, and while the legendary, aforementioned Marvel characters exist in the same world as the Runaways, Vaughan seemed very clear from the beginning that he wanted to keep these new characters as the central focus. So, it’s rather unlikely we will see the legendary Marvel heroes make an appearance in the series.

It should also be noted that the Runaways have bested characters such as Spider-Man, Wolverine, and the Punisher! 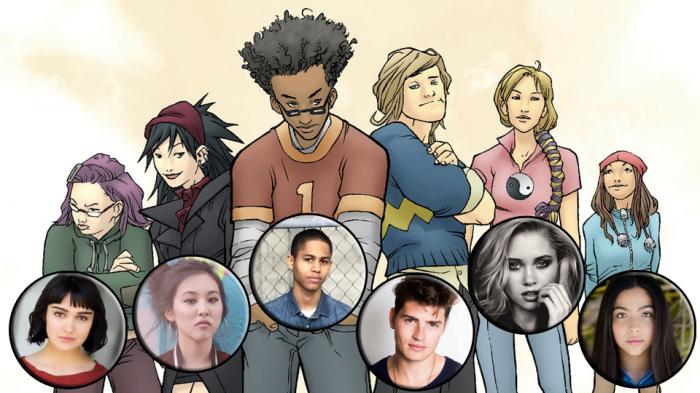 Alex Wilder (Rhenzy Feliz) is a bit of a geeky child prodigy and, despite his lack of super-powers, has a genius intellect and is quite good at strategic thinking. He is the one who, upon discovering their parents are super-villains, suggests and plans the teens’ escape, as well as the formation of their very own group.

Extremely logical, he’s often picked on by his mobster parents because they believe he’s too nerdy. 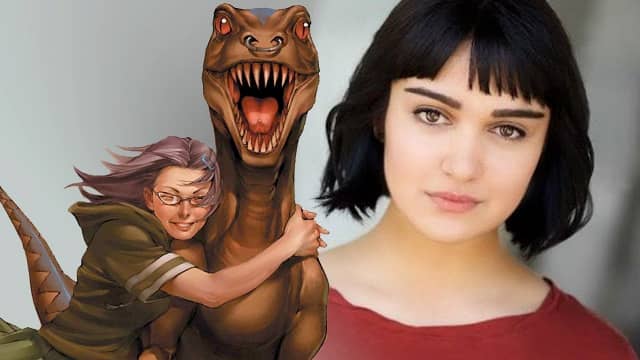 Gertrude “Gert” Yorkes (Ariela Barer) is smart, sarcastic, and cynical. She’s the purple-haired girl not many people her age notice – except if they’re making fun of her.

When the kids first decide to start a team, she takes on the codename Arsenic.

Her somewhat overprotective parents created a biological clone of a deinonychus dinosaur (similar to a velociraptor) and linked Gert to the creature psychically, a creature Gert names Old Lace (after the classic 1944 Frank Capra film, Arsenic & Old Lace).

She has no superpowers but does have the ability to control Old Lace, and is one of the smartest of the Runaways. 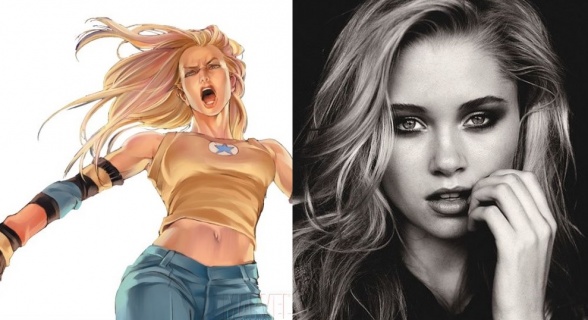 Karolina Dean (Virginia Gardner) is a pretty, blonde-haired, blue-eyed girl who looks like a model on the outside, but is born from a race of solar-powered aliens.

She is probably one of the most powerful Runaways, but, like them all, is still learning. She didn’t always look like a human being; her original alien form is something rainbow-colored and extremely luminous. However, when she wears a special medic alert bracelet created from an alien metal, she takes on her human appearance.

Her powers include flying and manipulating solar energy to make large blasts, laser beams and a force field. But her power only lasts for so long before she has to be recharged by the sun. 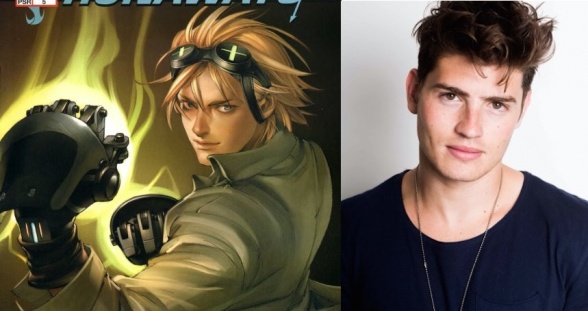 Chase Stein (Gregg Sulkin) is similar to his parents in that he has a knack for piloting and fixing anything mechanical. He’s the most rebellious of the group but is extremely loyal to his friends. He’s a mix of a jock and skateboarder.

While he doesn’t have any powers, he has a pair of X-ray goggles and a pair of gauntlets he calls Fistigons, which have flamethrowers built into them that create and manipulate fire. 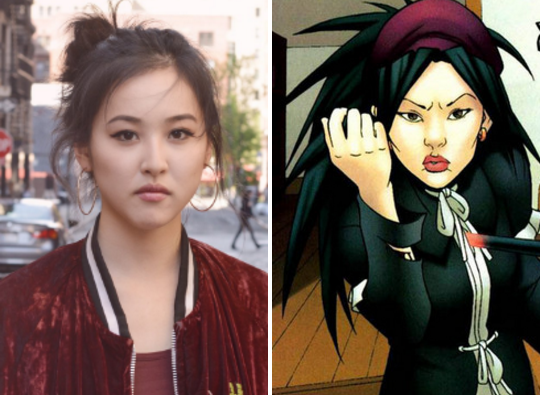 Nico Minoru (Lyrica Okano) is a witch. Well, actually, a Wiccan. Of all the Runaways, her “power” is the most twisted. Whenever she bleeds, she can call upon the mighty Staff of One to come out of her body. The Staff of One is an ancient weapon which can cast any magic spell … except for two drawbacks:

The first is she can’t cast the same spell twice – if she does, it comes out all mixed up.

The second? She can’t bring anything back from the dead. One of Nico’s biggest weaknesses is her desire to connect with someone, which makes her naïve and vulnerable. 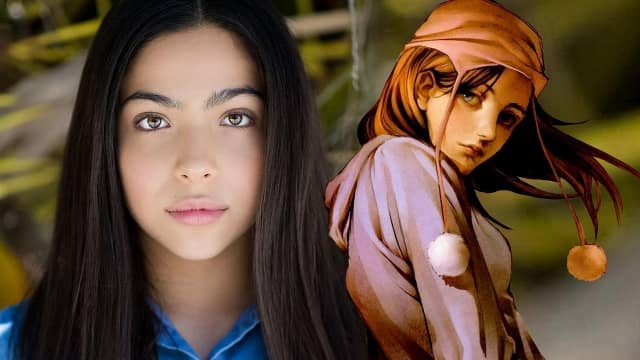 Molly Hernandez (Allegra Acosta) is slightly changed from her comic book counterpart, Molly Hayes. Molly is the youngest of the Runaways, but has two great things going for her: her optimism and her super-strength! She is also invulnerable, so make that three great things!

She’s the only mutant on the team who actually defeated Wolverine! The only drawback is if she overexerts her strength, she gets very tired and tends to fall asleep.

Because of this character’s deviation from the book, it is not yet known how Molly’s parents or guardian will figure into the story.

So, is there anything from The Runaways you’re hoping to see adapted in the series? Let us know in the comments below! 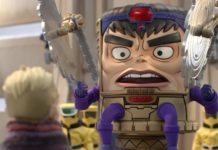