Home COMICS Five of the Most Underrated Superhero Teams! 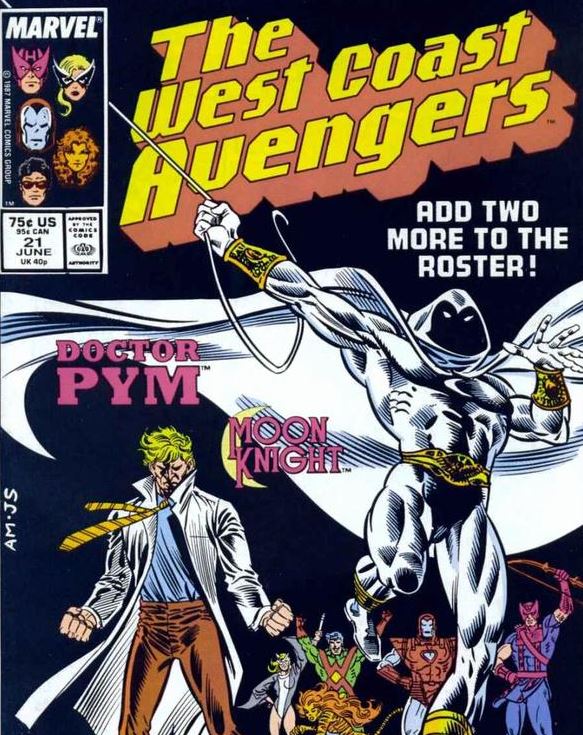 The Avengers, the Justice League, the Teen Titans, and the Guardians of the Galaxy — these are some examples of popular superhero teams. We all have our favorites, but there’s always a few that don’t always get the credit that they should. Popular or not, good heroes deserve some recognition. So, let’s give some much-needed attention to five of the most underrated superhero teams EVER!

While the West Coast Avengers are an offshoot of the original team, that doesn’t make them ‘lesser Avengers.’ In fact, there were some well-known heroes on this team like Hawkeye, Iron Man, and Moon Knight. As a team, these Avengers could hold their own in battles against heavy hitters like Graviton and Ultron, and were present for the resurrection of the original Human Torch. While sometimes seen as a joke, the West Coast Avengers were anything but!

The many heroes of the 31st century have been on many amazing adventures. Yet somehow, this team never seems to get the same level of attention granted to other popular DC teams. This is a real shame because they’ve had a heck of an impact on the DC Universe. They were some of Superman’s first (and best) friends, and he was even a member of the Legion his younger days! Sure, they’ve been rebooted a few times and sure, some of their members are pretty silly, but the Legion has saved the future countless times against colossal threats and that deserves some recognition! Long live the Legion!

Ever wanted to see what a school for the next generation of superheroes would look like? Then you should check out the Avengers Academy! There, promising young Avengers were taught by the best, including Giant-Man, Hawkeye, and Quicksilver.

The Academy was filled with fun classes and extracurricular activities, but the focus was on the main team of students who held their own against villains the real, mostly grown up Avengers had trouble with. Their dedication to becoming the best heroes inspired young heroes from all over to do the same!

Oh, fun fact: the school made great use of the old West Coast Avengers base!

Brilliant scientist Will Magnus created a team of robots that were miracles of science! They were made to be intelligent and express personalities. Using their unique abilities, Gold, Lead, Mercury, Tin, Iron, and Platinum are the Metal Men!

Despite not being as well-known as other DC teams, the Metal Men have endured over the years. Every now and then, they still pop up to help other heroes. How? On occasion, they fuse together to become the giant robot, Alloy! That alone should sell it — giant fightin’ robots are always cool. They’re not as popular as the Justice League, but they’re no less dependable.

When the biggest, baddest, and straight up weirdest threats attack the world, one team will stand up against them: they are Next Wave! The team consists of some of Marvel’s C-list heroes, including former Avengers, X-Men, and even a booze-guzzling robot! Together, they fight dragons, vegetable soldiers, and evil koalas.

Did this eccentric team of heroes become lifelong friends in the end? Nope, but they did kick a lot of bad guy butt in the most awesomely over-the-top way possible! If I said anything more it would spoil just how fun this team really is. If you like weird heroes fighting even weirder bad guys, then Next Wave is the superhero team for you!

Did I miss one? Which underrated superhero team needs more love and affection? Let me know in the comments below!