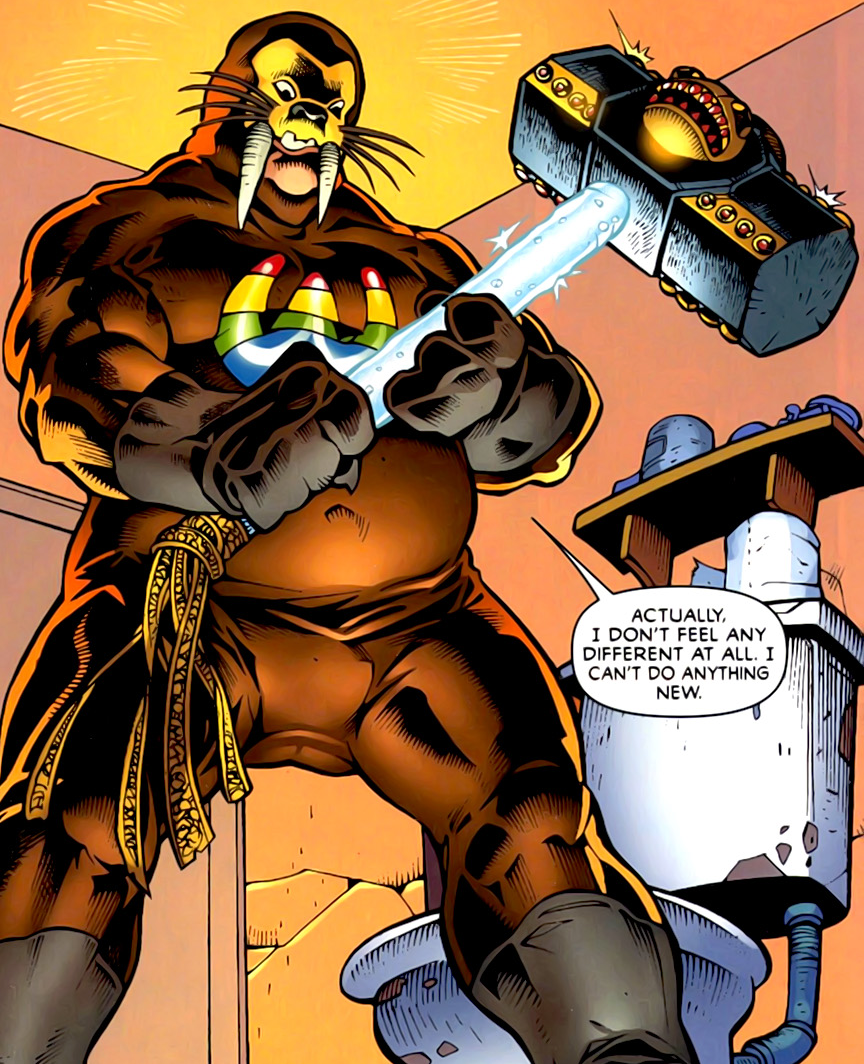 To be a good villain, you must strike fear into the hearts of your enemies! You must be as imposing and as threatening as possible to cement how much of a threat you are. Or…you could look silly and ridiculous. While there have been some great costumes for superpowered baddies, there are also some bad ones.

So, get ready to gaze upon bad fashion decisions of fashion-deprived criminals with five of the worst supervillain costumes ever! 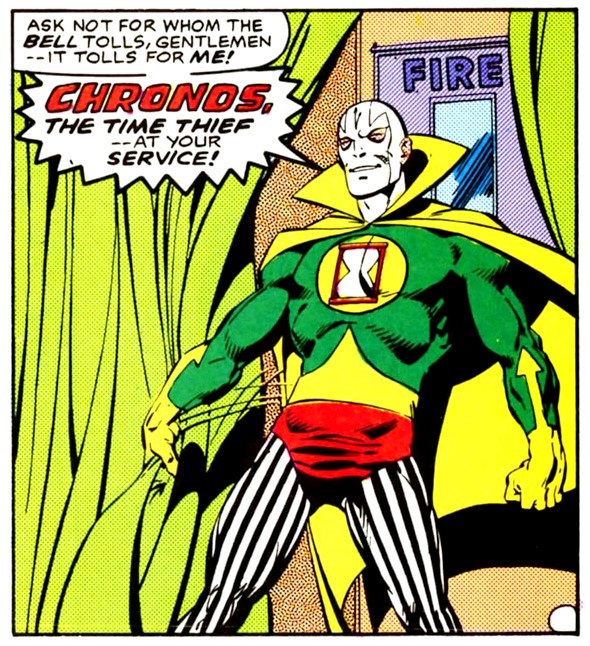 The time-traveling Chronos is a formidable foe, but his fashion sense? Not so much. Chronos wears a green suit, a yellow cape, and yellow boots and gloves that make it look worse. To emphasize his theme of “time,” he also decided to put an hourglass on the suit and wear a white mask with clock hands on it. But to top off the goofiness, he also thought it’d be cool to wear striped leggings. Ugh. 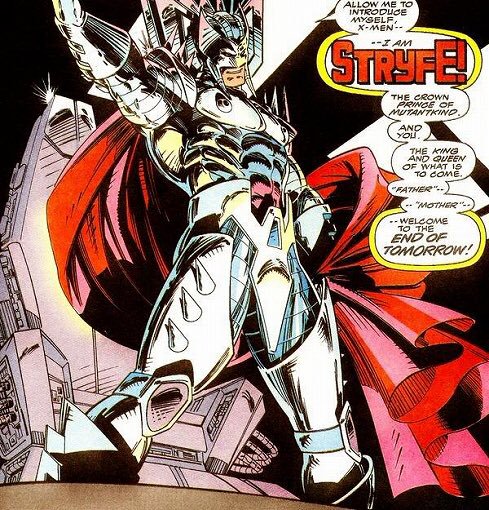 The 90s was an awkward time in comics, where many characters were given costumes that were meant to be edgy but ended up looking goofy. Initially, Strife’s doesn’t seem so bad with the armor and the cape, but then you get to those ridiculously long spikes. And then there’s the cherry on top — that overly large helmet that probably takes away the ability to move his head. There’s menacing and then there’s overcompensating. Take a guess which one Strife is. 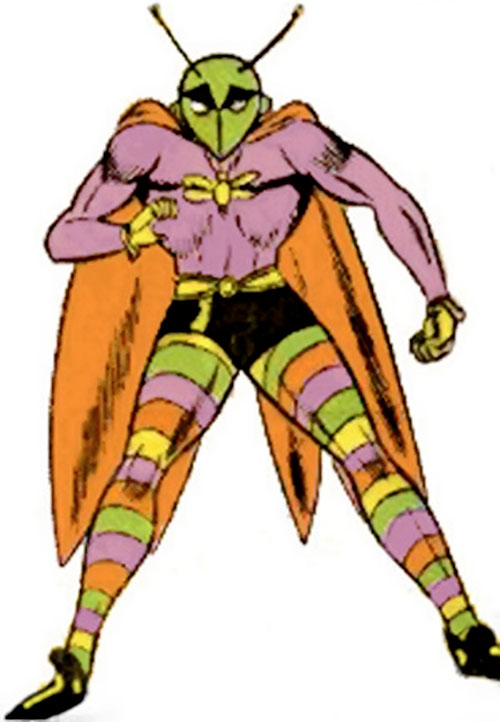 Oh boy, this one’s a doozy. While the name “Killer Moth” sounds intimidating on its own, the only thing holding him back is his eyesore of a costume! If the silly butterfly wings weren’t bad enough, there’s the rest of his suit. The color combo of purple, orange, and green just doesn’t go together. Much like Chronos, he also wears ugly stripes on his leggings which don’t save the color scheme. Overall, I think real life moths look scarier than this guy! 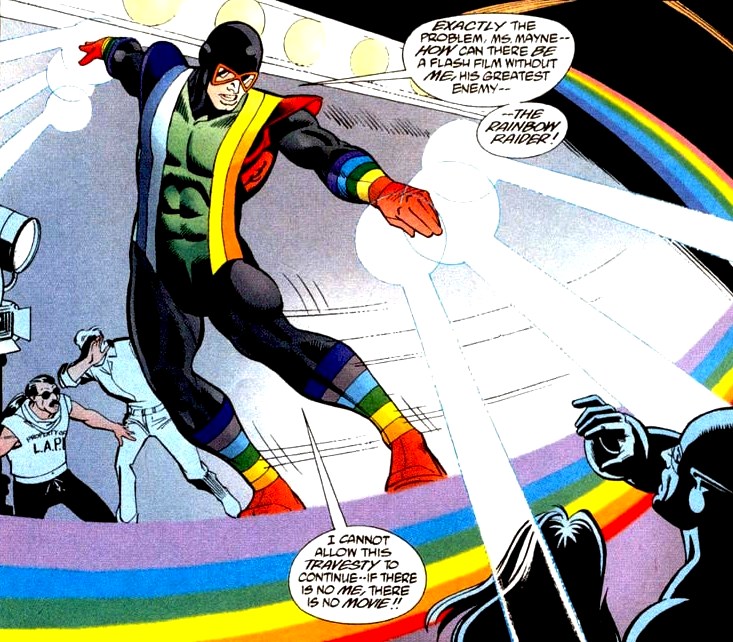 Hey, you know what’s not intimidating at all? Rainbows! They’re pretty to look at but not threatening in the least. Unfortunately, nobody told the Rainbow Raider that, because his costume is covered in them. While he is committed to his gimmick, his costume makes it hard to take him seriously — he looks less like a supervillain and more like a character on a show for little kids.

And now we’ve reached the most ridiculous supervillain costume ever — the costume of the Walrus! If his name didn’t give it away, Walrus is dressed up to look like a Walrus! Unfortunately, Walrus hasn’t quite figured out that dressing up like a Walrus is more funny than intimidating. Walrus actually looks more like a rejected theme park mascot.

The tusks and webbed feet are silly enough, but then you got the weird rainbow “W” on his chest. While other villains go for the menacing look, Walrus decided to go the opposite direction. What’s even funnier is that he might actually be more threatening without his costume than with it.

Did I miss one? What do you think are the worst supervillain costumes? Let me know in the comments below!