Home COMICS Five of the Most Super-Awful Superhero Costumes! 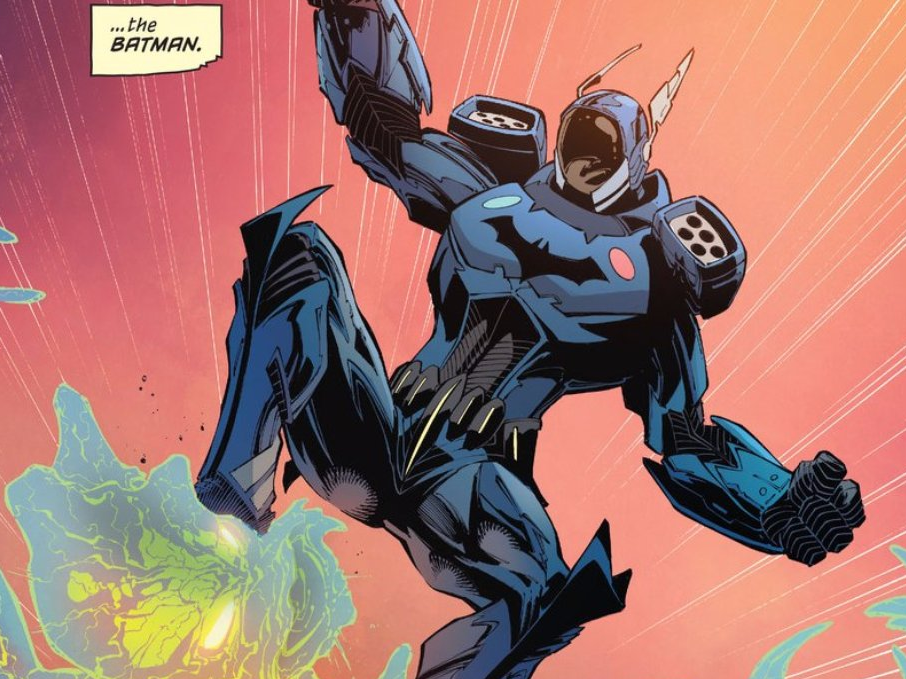 For Superheroes, the costume makes up half their identity. After all, where would characters like Batman or Spider-Man be without their iconic super-suits? But for every good costume, there’s also a bad one. If the clothes make the hero, then these heroes never stood a chance. 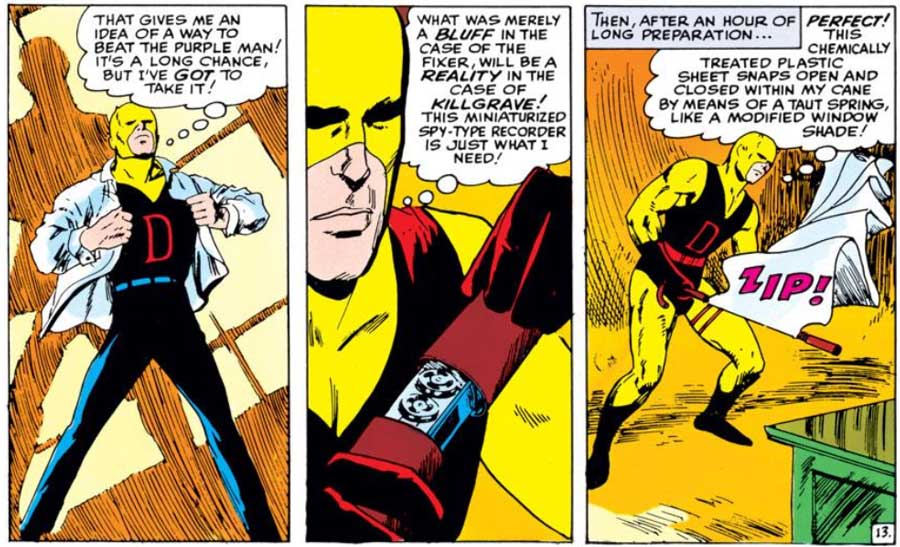 Daredevill has a simple yet instantly recognizable look with his red costume. But did you know that this was not his first outfit? Daredevil’s original costume was mostly the same as it is now, but with one huge difference — the color scheme! This yellow and red suit was made using the remains of his father’s boxing robes. What it really does, however, is convince you that a blind guy made it! The color combo’s pretty ugly to look at, but it was changed to the iconic red suit in Daredevil #7.

Say what you want about Azrael’s Bat-Armor — at least it looked a little like a Batman suit! Jim Gordon’s Batman Exo-suit, however, is another story. Nothing about the suit really screams “Batman” except for the logo slapped on the chest. And then there’s the ridiculous ears that make it look more like a bunny than a bat. Not to mention it has flashing police lights that pretty much ruin any attempt at stealth! What’s funny is that this suit has been repurposed as a butler robot for Batwing! 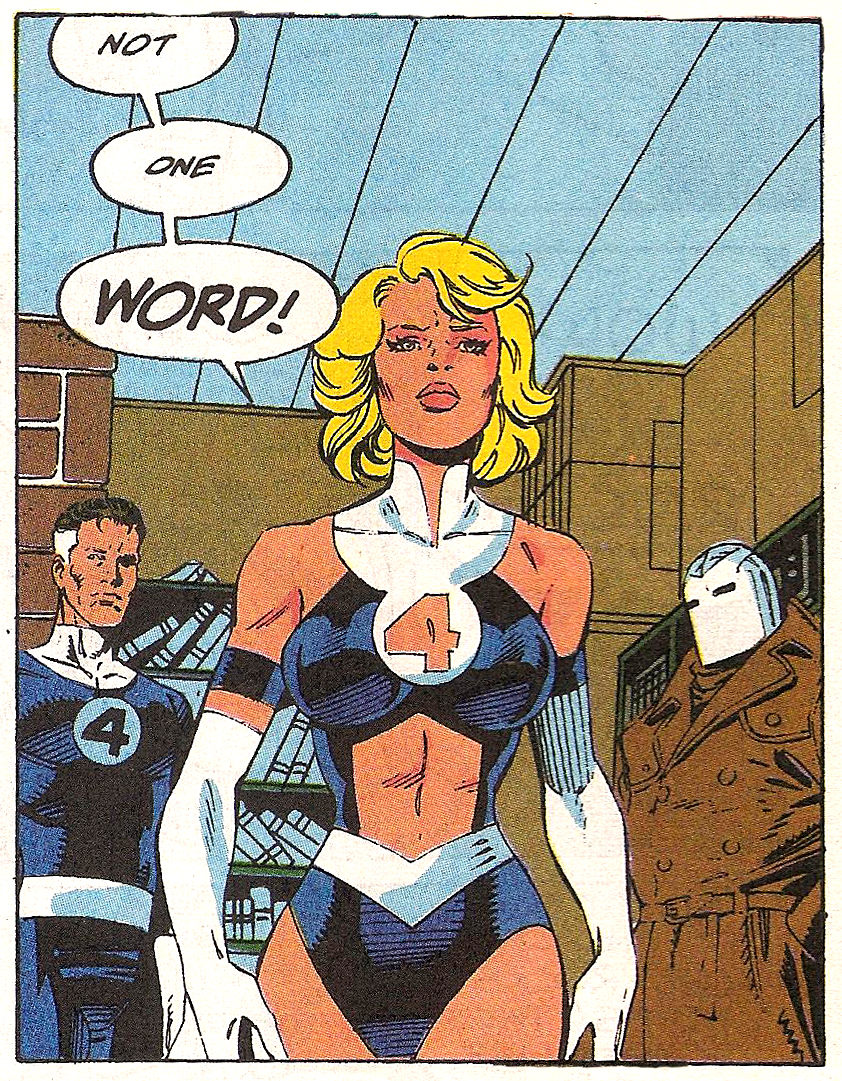 The Fantastic Four have always been known for their matching costumes, but occasionally, Marvel tries to change it up. Unfortunately, around the ’90s, a lot of characters got an unwanted makeover and the Invisible Woman was one of them. Trying to up the sex appeal, this nearly invisible costume was much skimpier and features a ‘breast window’ through the chest emblem. And you thought the Power Girl breast window was pointless!

Overall, it was ridiculous, and out of character for her to even wear it. Between the lack of skin being covered and the pointless straps, it looks less like the suit of a superhero and more like a bathing suit! It’s a fine line with some of these super suits, isn’t it? 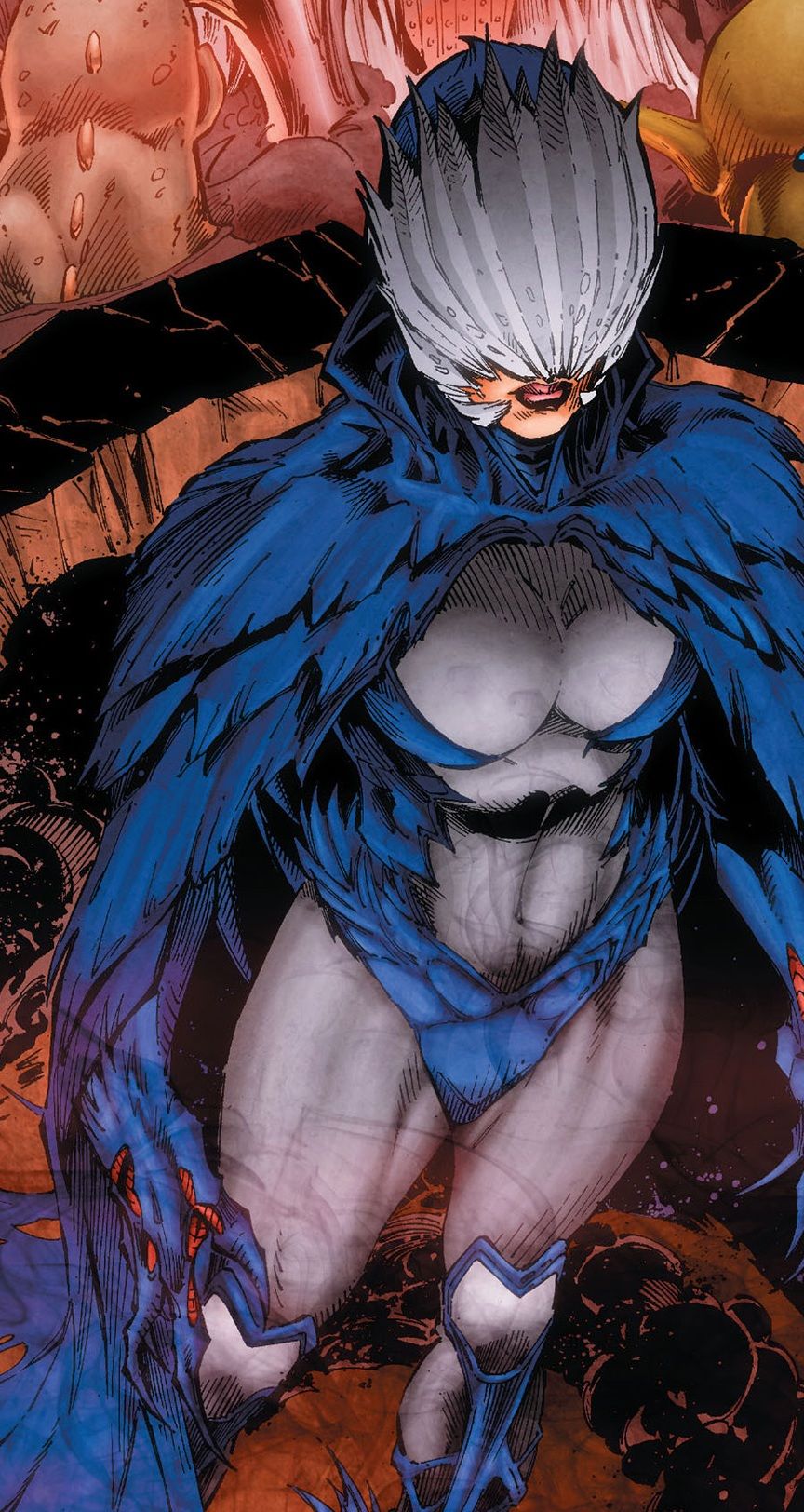 The New 52 changed around a lot of the looks from iconic DC characters. Some were okay, some were bad, but Raven’s had to be the worst! The New 52 costume ditched the simple mystical cloak look for an uglier demonic look. It also included tons of feathers which made it look a little ridiculous.

And then there are the feathers covering the face, which makes you wonder how you’d be able to see out of that thing! Fortunately, a balance between Raven’s more classic look was found in her Rebirth costume, and it looks so much better!

There were so many bad superhero costumes in the ’90s that I could’ve made a whole other list for them. They always tried for a gritter, edgier look, but always ended up looking ridiculous. There were many choices, but I had to give it to Thor’s 90’s wardrobe here!

Seriously — look at this thing! Where do I even begin?! Well, there’s the oversized shoulder pads and harness, the useless straps along the legs, the dumb spikes that would sometimes appear, the weird midriff top, and do I even need to mention that giant codpiece?! Thor has had many costumes over the years, but this one was his absolute worst!

Did I miss anything? Which super-awful superhero costumes do you think are the worst? Let me know in the comments below!