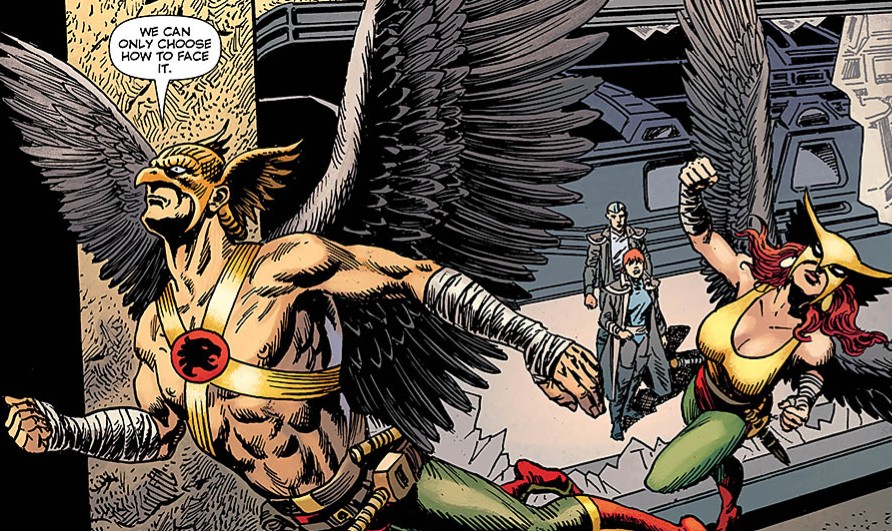 A retcon is a technique in fiction that goes hand-in-hand with comic book story-telling. When a new piece of information about something in the past is brought to light, it shakes up what you thought you knew. Occasionally, it’s a new twist on a story or character that a fair number of fans dislike. Not to say every retcon that appeared in comics was questionable, but a whole lot of them were. Strap yourselves in, because taking a look at some of the worst retcons in comics isn’t going to be pretty!

The Tangled Origin of Hawkman and Hawkgirl

Hawkman and Hawkgirl can be tricky characters to get into, and it’s not hard to see why. Their origins get retconned every so often, never staying completely consistent. Originally, the two were reincarnations of Egyptian royalty, cursed by Hath-Set to constantly be revived and killed. Then, it was later revealed that they were really police officers from the planet Thanagar, which completely separated them from the original Hawks! Later, the two versions were merged together, incorporating both histories at the same time. Did you get all that? Yeah…neither did I. All these retcons  did was make things more confusing.

Nora Is Not Mr. Freeze’s Wife 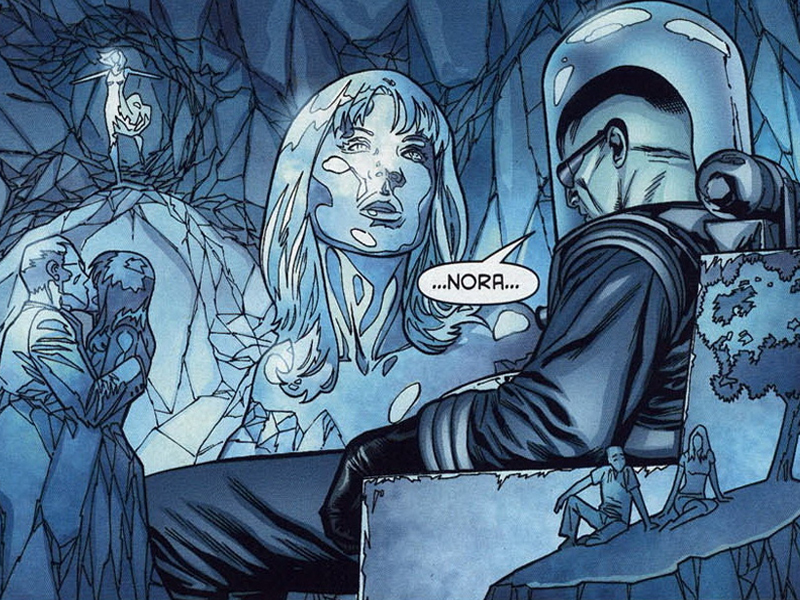 Arguably, one of the best Batman villains has to be Mr. Freeze. His backstory involving turning to villainy to save his cryogenically frozen wife is heartbreaking. During the New 52, however, it was revealed that Nora wasn’t really Freeze’s wife at all! Instead, she was a frozen patient that Freeze became obsessed with to the point where he considered her his wife! In one fell swoop, this retcon turned Freeze from sympathetic scientist dedicated to saving his beloved wife to a creepy stalker with an ice fetish! It just felt like a big downgrade for his character and took away what made him so unique!

Magneto Is Not the Father 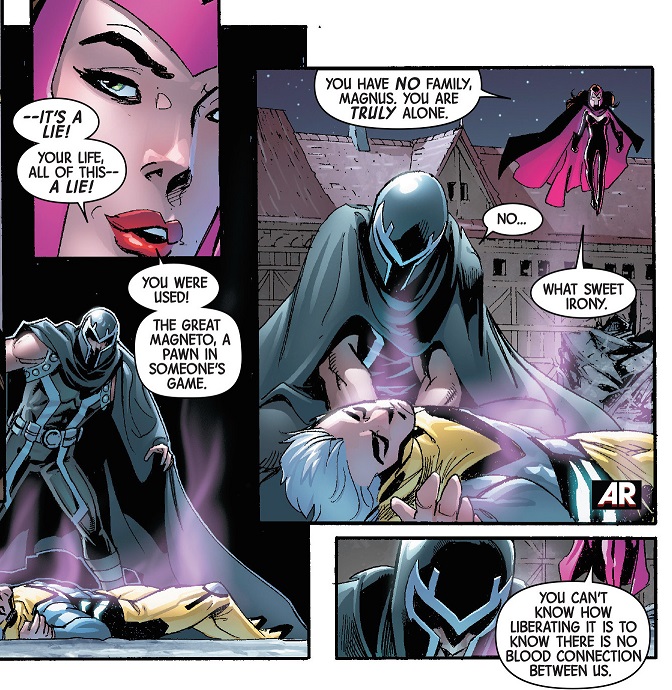 Though it’s never brought up in any of the movies, the Scarlet Witch and Quicksilver were the children of Magneto for a long time. Though they did start out on their father’s side, they eventually turned to good and became Avengers! Well, things change, because in the Axis storyline, it was revealed the two weren’t actually related to Magneto. The loss of a connection to the X-Men’s most iconic foe would’ve been bad enough, but it got worse. Apparently, they were never even mutants! Turned out the twins were Inhumans the whole time.

This retcon just felt so unnecessary! It distanced the two characters from the X-Men as much as possible so it could glorify the inhumans! On top of it just being forced, it was nothing more than an unfortunate side-effect of the Fox/Marvel feud!

The Sins of the Amazons 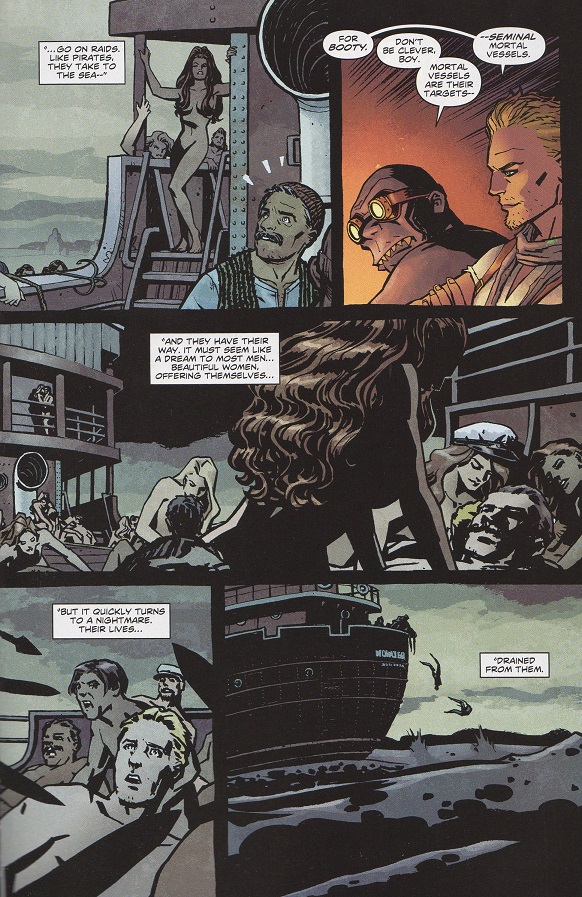 Just warning you now — these last two are going to get a little ugly. Originally, Wonder Woman’s Amazon sisters were a race of immortal women who lived on the island of Themyscira. They were a peaceful but fierce people who mostly stayed on the island and away from “Man’s World.” But with the New 52 came some changes to the Amazons’ history.

In this new version, the Amazons would occasionally leave the island to breed the next generation of Amazons, and they did this by raping and then killing the sailors they would find at sea! After the babies were born, the females were inducted in as Amazons while the males were abandoned! So…yeah…yikes! They went from a respectable warrior race to being turned into murderers and rapists. Remember, these were supposed to be the people who viewed themselves as more civilized than the outside world. All they really accomplished was becoming a bunch of hypocrites! 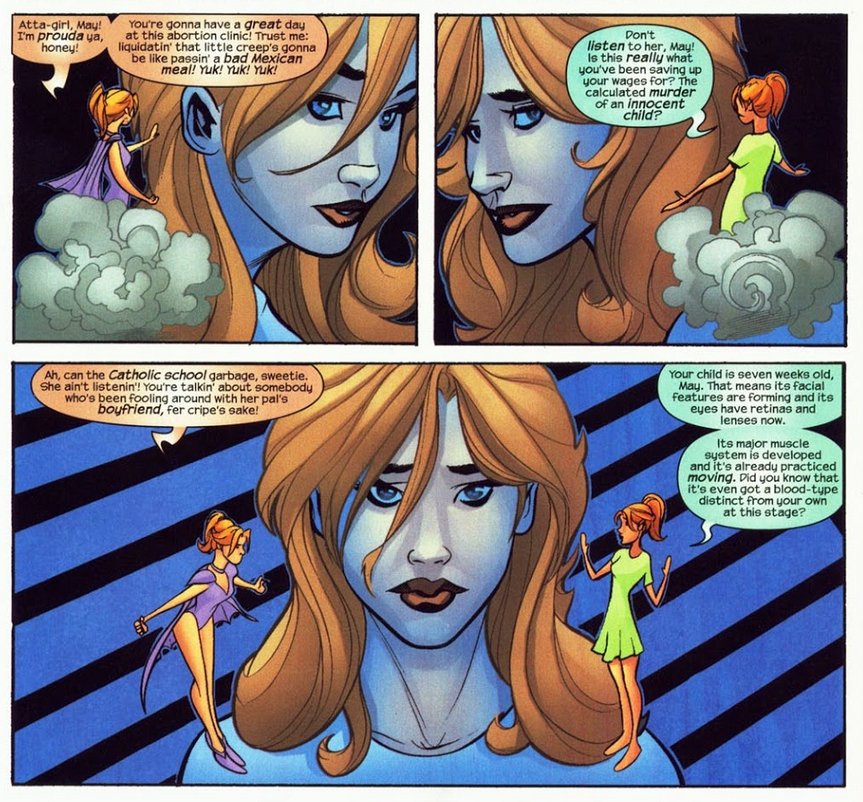 Admittedly, there have been a lot of horrible Spider-Man retcons — so many that they could fill a list. Sure, the deal with Mephisto from One More Day is infamous and practically a shoe-in for this entry.

Honestly, any of them could be used here, but I chose this one for becasue THIS retcon effected how you look at the relationship between Peter Parker and Aunt May. Ladies and Gentlemen…Aunt May is Peter’s real mom!

In the comic Trouble, we take a look at the teen years of Aunt May, Uncle Ben, and Peter’s parents. We learn that Aunt May…used to really get around (if you catch my drift). One of the many people she was with was Richard Parker, Peter’s father. Yeah, that means they were cheating on their respective partners with each other.

But wait, there’s more! After sleeping around with Richard, May becomes pregnant and gives birth to a baby boy. And yes, that baby ends up being Peter Parker! So, May pawns the child off on Mary and she tells Richard that she’s the mother!

So yeah, aside from that, Trouble also retconned things about the Parker family that really doesn’t make any sense. There’s a ton of other things in the story that don’t connect to what we know of Spider-Man’s continuity. Of course, the big one is how sweet Aunt May was once the practically unsympathetic person in this particualr series. Fortunately, this whole mess was never touched on again after Trouble, and at is treated like it never happened!

What retcon did you think was the absolute worst? Let me know in the comments below!