Home MOVIES Editorials What to Do with Leia in ‘Episode IX’ 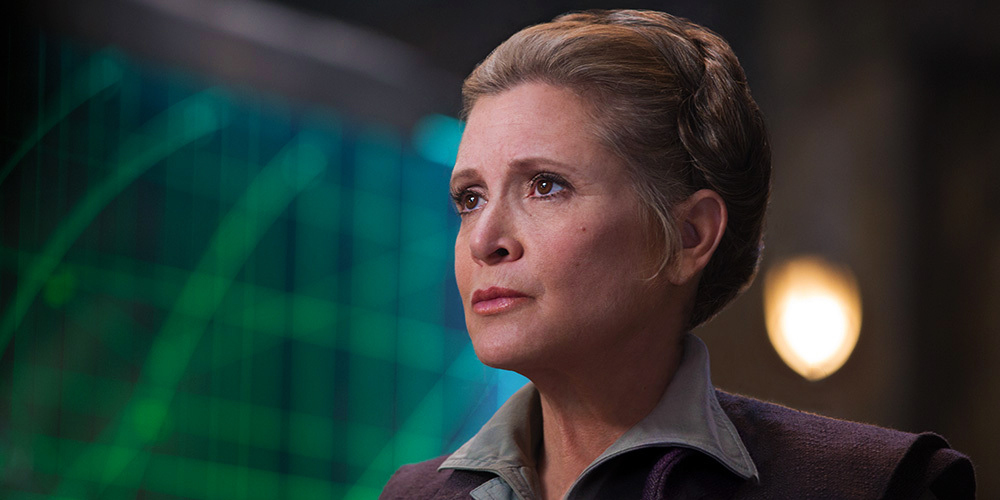 The road to Episode IX has been a bumpy ride for Lucasfilm and the Star Wars fandom. Who would have thought before production began, the film would lose its initial director, the franchise would be facing a ton of fan backlash (some justified and some not, depending on who you ask) and rumors swirling of a possible shakeup at Lucasfilm? I didn’t. However, the biggest hurdle for the third entry in the new Star Wars trilogy is what to do with Leia.

Tragically, actress Carrie Fisher passed away in December of 2016 after suffering a heart attack on an airline flight. Every fan was devastated. Rightfully so, there has been debate regarding how to handle Leia in the ninth film in the Star Wars saga. Can they just fail to mention the Resistance’s general? Are they going to kill her off in the beginning? Nobody knows for sure, but we know one thing: you’re reading the right article!

Enjoy my theories on how Lucasfilm will handle Leia in Episode IX!

A possibility, but I don’t think this would give fans the closure they may be looking for. The Last Jedi really put the franchise in an odd situation, since Han Solo and Luke Skywalker are dead. Since Leia was the only main character from the original trilogy left alive, they really painted themselves into a corner. However, I sense Episode IX director JJ Abrams won’t go this route. It would seems unfair just to have such an essential character’s death be glossed over. That would be in bad taste.

Leia Will Pass Away at the Beginning of Episode IX

I could see this happening. Lucasfilm’s braintrust and writing staff has had enough time to write this moment. It would give the fans closure they could be looking for. I imagine maybe Rey comes back from Jedi training and either Poe or a Resistance fighter breaks the terrible news to her and then we see the funeral. After, General Organa could possibly be immortalized with a statue outside the Resistance base that looks sort of like this garden statue.

I know there was a petition floating around to get Meryl Streep to fill in for the late Carrie Fisher, but I don’t think they will go that route. Mark Hamill himself was against the idea and for good reason. Hamill points out Carrie Fisher and the character of Leia are so closely linked together, it’d be difficult to imagine anyone else playing the role. I believe fans share similar feelings, and considering the circumstances surrounding Fisher’s passing, I don’t see them doing this.

Lucasfilm also ruled out a CGI version of Leia being in the film, which is a good move. It worked with Grand Moff Tarkin in Rogue One: A Star Wars Story. There was a brief CGI version of a young Princess Leia at the very end, but that was to fit the character in with the timeline.

I know this is going to be a sensitive subject for some, but I would love to hear your thoughts on the matter. How do you think they should treat the Leia character in Episode IX? Chime in below!