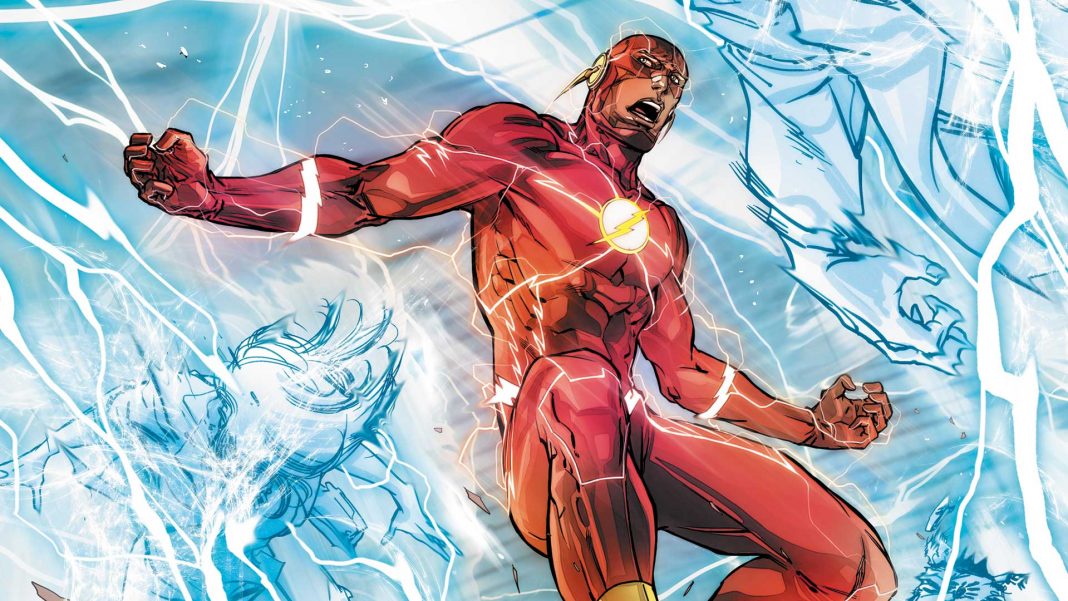 Check our Our Review [WITH SPOILERS] of The Flash #3!

I must say, this bi-weekly DC schedule is working for me. The Flash is kind of decompressed in some ways. I mean, here we are in the third issue (fourth if you count the Rebirth special), and we just now get hit with the new big bad, Godspeed. But since the issues are arriving quickly, each chapter feels satisfying.

This issue, writer Joshua Williamson explores what Central City is like now that there are multiple speedsters running around. The issue was snappy, fast-paced and fun as Barry Allen and his new speedster pal August Heart take down a group of super-speed back robbers. Tonally, Williamson’s run has so far matched the CW show even if the extended CW cast is missed. This issue, we do get more Iris and more of the new Wally West and I have to say that Williamson just nails those characters. And since we’re now getting The Flash every two weeks, Williamson has the space to explore the Wests. Fun stuff.

As for the aforementioned villain- Godspeed’s introduction was appropriately terrifying. I mean, it’s the last page of the issue, but it’s enough to give a reader a little shiver as Flash’s rogues gallery grows by one. Di Giandomenico’s art has the right amount of kinetic energy and reminds me of Francis Manapul’s work on the title. Everything seems like it’s crackling with energy- as well it should.

The issue is enjoyable but the progress meter barely moves as far as story is concerned. This would be a major problem with a monthly, but like I said, it’s not such a big deal with a bi-weekly. This issue marks a tonal shift as Williamson goes from a breezy superhero adventure to a pretty intense horror tale in the blink of an eye. I think we’re about to get to the meat of the first Rebirth Flash arc, so hopefully, Williamson makes his story as speedy as his main character. But things are better than they were a year ago, as The Flash #3 keeps things in a clear and consistent direction and signals some dark days ahead for Barry Allen and company.