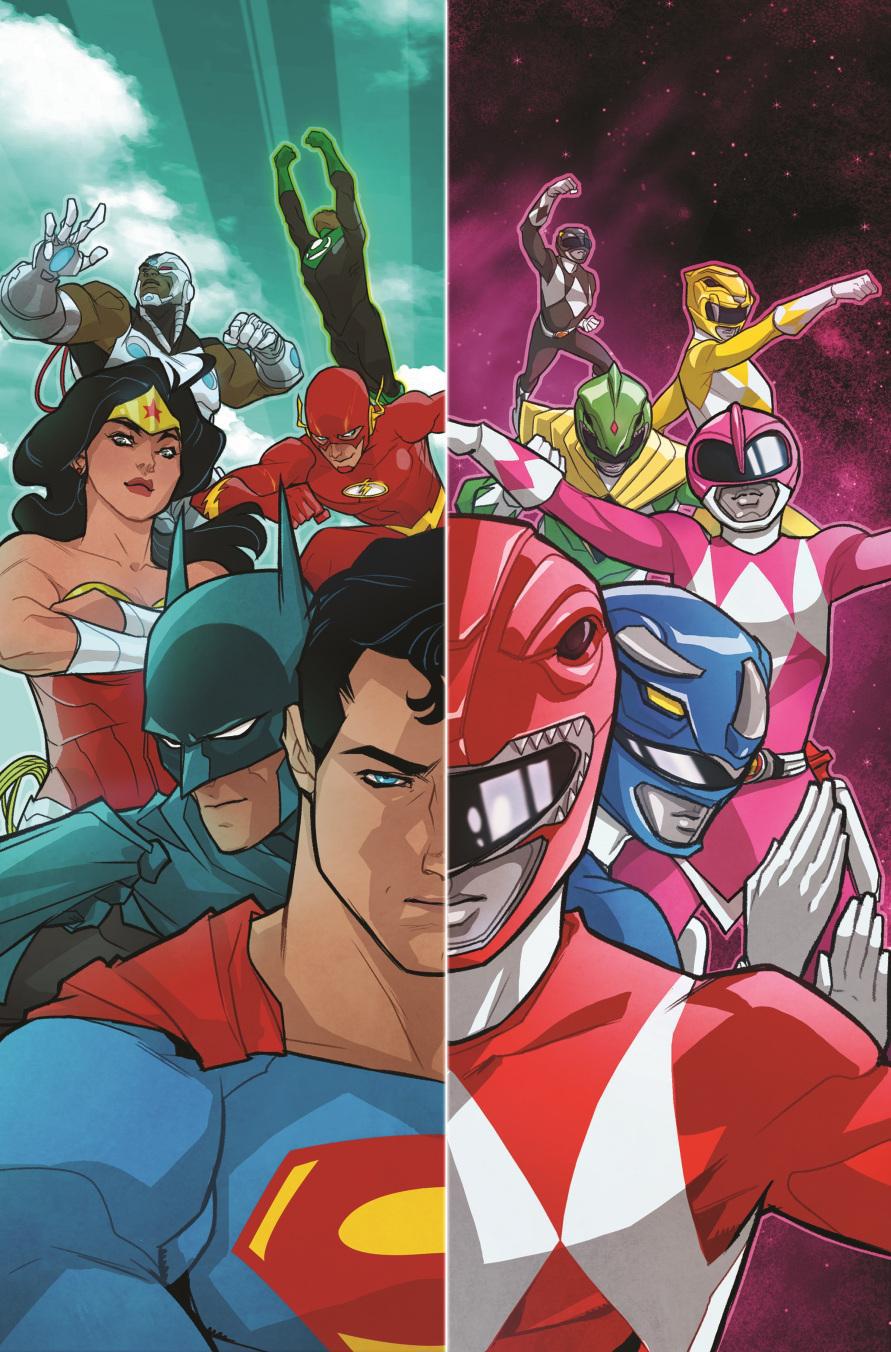 Wait, what the @$@#??? Yep, you heard it right; DC Comics is teaming up with BOOM! Studios and Saban Brands to bring you this perhaps ill-conceived but now greatly desired crossover featuring the Justice League and the Mighty Morphin Power Rangers. Heck, booth properties are turning out blockbuster films in 2017, so it makes sense these seemingly disparate super-groups join together for…some cleverly concocted reason or another. Regardless, check out DC’s official press release detailing January’s Justice League and Power Rangers crossover!

“DC and BOOM! Studios teaming up on this crossover is a dream come true for fans of Saban’s Mighty Morphin Power Rangers and the Justice League,” said Hank Kanalz, Senior Vice President, Editorial Strategy and Administration, DC Entertainment. “Stories like this are a great way to have that ‘what if’ itch scratched, combining favorite characters from different publishers in epic adventures.”

Something terrible has happened in Angel Grove when the Power Rangers’ Command Center is breached and the teleporters are damaged! Zack the Black Ranger is flung into an alternate universe full of citizens possessing outrageous powers and wearing strange costumes. Will Jason the Red Ranger, Trini the Yellow Ranger, Kimberly the Pink Ranger, Billy the Blue Ranger and Tommy the Green Ranger be able to get to Zack in time to save him from Batman?

“Everyone at BOOM! is thrilled to be part of an event of this magnitude,” said BOOM! Studios Editor-in-Chief Matt Gagnon. “We have iconic characters meeting for the first time that are beloved the world over! Our imaginations have been racing since the moment this kicked off with our friends at DC and Saban Brands. Get ready…this is one event that’s not to be missed.”

In addition to the standard covers drawn by Karl Kerschl (GOTHAM ACADEMY: SECOND SEMESTER), each issue will feature a variant cover drawn by one of comics’ most popular artists, pairing each member of the League with a different Power Ranger:

“With their talented roster of writers and artists, DC and BOOM! Studios bring to life the world’s greatest superheroes, including the iconic Power Rangers,” said Janet Hsu, CEO at Saban Brands. “With DC, BOOM! Studios and Saban Brands partnering, we will bring fans a legendary crossover that will stand the test of time, just as these historical superheroes have done individually for decades.”