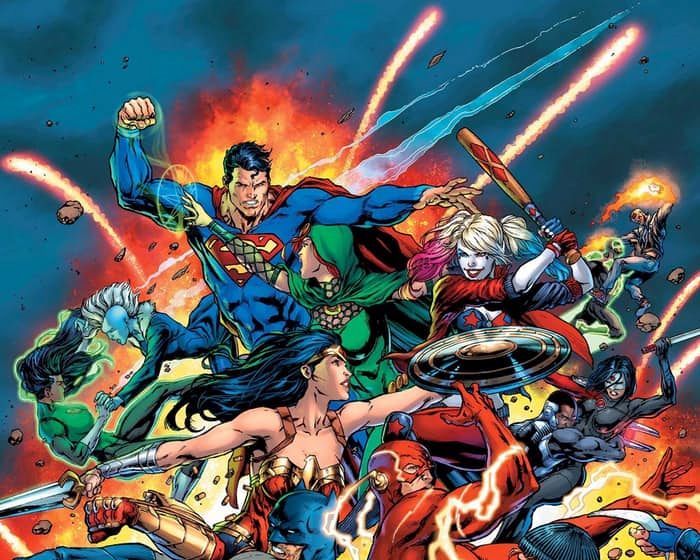 With the Suicide Squad’s extended cut hitting stores on December 13th, and the Justice League movie on the horizon, eager fans are being treated to a crossover mini-series.

As previously mentioned, the weekly mini-series will pit the heroic Justice League and the villainous Suicide Squad against each other, starting December 21. Who would’ve thought Earth’s protectors would have a problem with a squad of super-villains on the government’s leash, eh?

We’ve now learned that a different artist will be tackling a different issue each week, with the first being handled by Jason Fabok (Justice League: Darkseid War, Detective Comics). Tony S. Daniel (Batman, Deathsroke) will be at the helm of issue #2; Jesus Merino (Superman, Justice League) will take over for issue #3; Fernando Pasarin (Batman & Robin Eternal, Batgirl) will take the wheel for issue #4; and Robson Rocha (Green Lanterns, Earth 2: World’s End) will graciously accept the torch for issue #5. Finally, Howard Porter (Scooby Apocalypse, Justice League 3000) will conclude the epic showdown in, no doubt, explosive style.

The art itself, by Fabok, shows a scene of all out warfare against an unknown force. One in which the Suicide Squad seem to have the upper hand, as Deadshot and Killer Croc dominate the panel. With the aid of Harley Quinn, and Captain Boomerang, of course.

The second panel continues that conflict, with a figure who looks like a cross between Ultron and Captain America revealing himself. And yes, he’s the one with the PokeBall.

The third shows the Justice League earnestly discussing their favorite cake recipes with the hologram of Amanda Waller. (Or maybe they were talking about the Suicide Squad; there’s no dialogue yet.)

As for the rest, we’ll have to wait until December 21 to see how the face-off between the Justice League and the Suicide Squad kicks off.