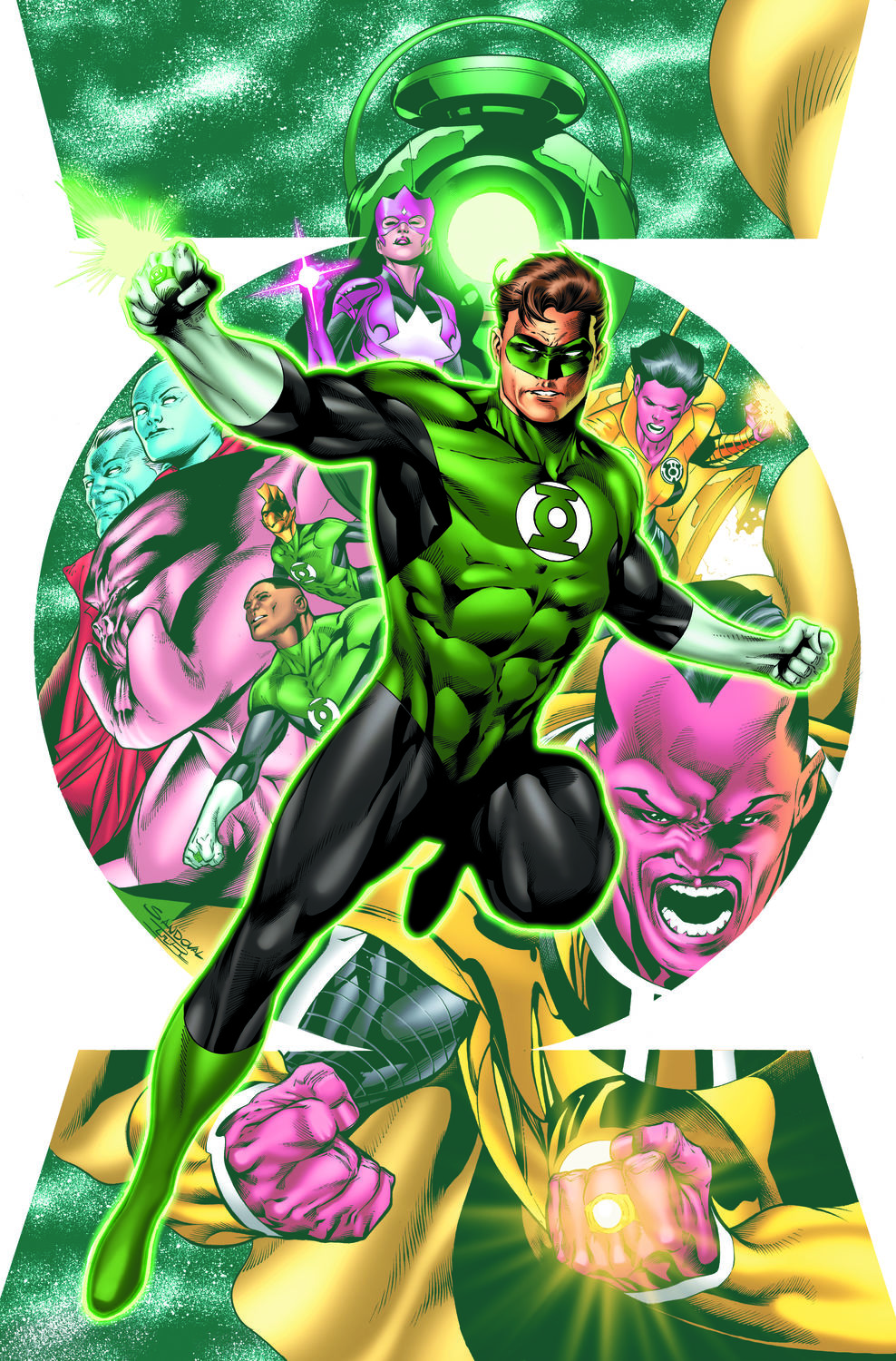 Check out Our Review [WITH SPOILERS] of Hal Jordan and the Green Lantern Corps #1!

Comics are expensive. I know, duh, right? And even though DC has held the $2.99 price point for its Rebirth titles, there still needs to be a concerted effort to make every page, every panel of a 2016 comic matter because there’s a ton of competition out there for fan attention and dollars.

Hal Jordan and the Green Lantern Corps #1 is an example of how not to pace a comic.  In the first four pages of the issue, Hal Jordan battles some alien thugs and we are reintroduced to Sinestro and his Corps. That’s it. That’s one-fifth of the $2.99 book and the story moves two ticks. Not acceptable. After that, Rafa Sandoval hits you with splash pages, double splash pages, and broken splash pages five times in the remaining fifteen pages. Not acceptable. Now, they are all nice splash pages as Sandoval has the potential to become a great Green Lantern artist but there is no excuse for so much wasted story pages. I mean, it’s not like any of them are super big reveals. It all reeks of decompression and laziness, and quite frankly, Hal Jordan deserves better.

Buried in all this time wasting and page abuse is a story that could be cool. Sinestro uses the Parallax entity to reignite the Yellow Lantern Corps. Meanwhile, Hal Jordan is on a desperate quest to find Oa and the missing Green Lanterns and is shocked when the yellow energy of Sinestro burns back into the galaxy. Nothing wrong with any of that, but the story is paced like this: Jordan attacks some thugs SPLASH! Sinestro says a few things SPLASH! Heck man, there’s a whole page just made up of two long panels of a star-scape and then a flash of green energy and an obnoxiously large onomatopoeia. That’s it. Just a one page establishing shot to tell the readers that they’re reading a story set in space. Now, there is a dramatic reveal after this page (a double page spread follows, ‘natch), and the three panels of space is designed to build tension. But honestly it doesn’t; it builds bitterness that I spent my hard earned cash on a page with pictures of stars and energy. This issue will not read well digitally, I’ll tell you that for free.

Hal Jordan and the Green Lantern Corps #1 follows a story direction I can get behind. It features the return of the classical Hal Jordan and Sinestro, actually finds a few pages to show a fight between Jordan and some Yellow Lanterns, and feels like it wants to be an old school Green Lantern tale. All that’s very welcome, but the empty bombast and constant wasting of story pace for reveals that aren’t as bold and dramatic as the writer thinks makes it feel like my money could have been better invested in a comic that did not take three minutes to read.