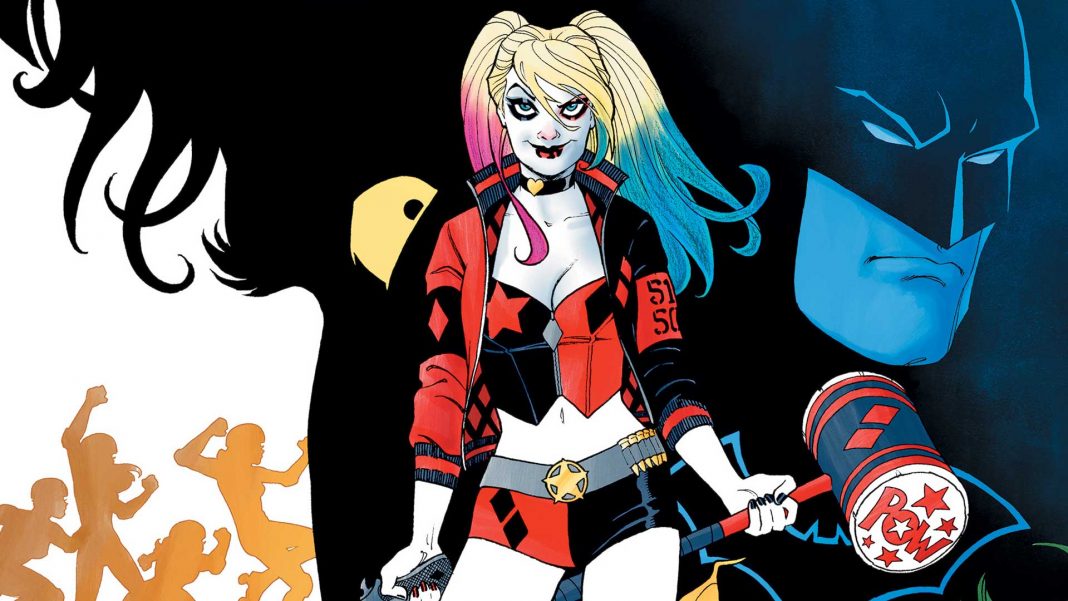 Check out Our Review [WITH SPOILERS] of Harley Quinn #1

If it ain’t broke don’t fix it. That’s the mission statement for Harley Quinn #1, the first issue in the Rebirth era for ‘ol Harley. Harley is more popular than ever before and with her film debut hitting the same week as this new #1 issue, it’s a good time to be a fan of Doctor Quinzel.

If you like the previous Harley Quinn series by Amanda Conner and Jimmy Palmiotti, you’ll like this new one, because it’s pretty much the same sort of thing. The first half of the book is spent on bringing new readers up to speed on Harley and her extended gang of pals, weirdos, circus freaks, pets (both living and dead), djinns, and roller derby gals. It’s all told in a fun and breezy expository manner by two writers that have mastered the art of a Harley Quinn story. Conner and Palmiotti’s Harley is always nutty, always cartoony and harmlessly violent, and is in vast contrast to the Harley presented in the new Suicide Squad title. In fact, the Harley in this solo title and the Harley in Suicide Squad are almost incongruous; one is nuts but heroic and loyal, the other is gleefully destructive.

That shouldn’t affect a reader’s enjoyment of Harley’s solo book as Palmiotti and Conner have found a rhythm to their title. The only knock is that there might be too many players in this book as the introduction to all the concepts and characters that Harley played with seemed a bit bloated. Still fun though, just a bit too much.

The whole thing evolves into a zombie adventure because, of course it does, as chaos reigns wherever Harley goes. There’s some Deadpool looking mercenary guy named Toolbox or something that helps Harley (he also speaks in tool-shaped word balloons which is kind of awesome), but I am woefully behind on my Harley comics since I had no idea who this dude was or where he came from. A hand from the creators would have been appreciated considering this was a #1 issue; God knows they spent panels explaining who about a thousand other characters were. For real guys, a djinn.

Artist Chad Hardin channels a great deal of Amanda Conner into his visuals and character work, but he still has his own artistic identity making this one fun comic to look at. If you’ve been enjoying this book, you’ll still love it. If you’re coming to the party because of the Suicide Squad film, you might be a bit confused because this Harley is way more Bugs Bunny than she is Mallory Knox, but you’ll still have a load of fun with the inherent wackiness of Harley’s world.