Home COMICS How Thanos REALLY Got the Infinity Stones (MCU vs. Comics) 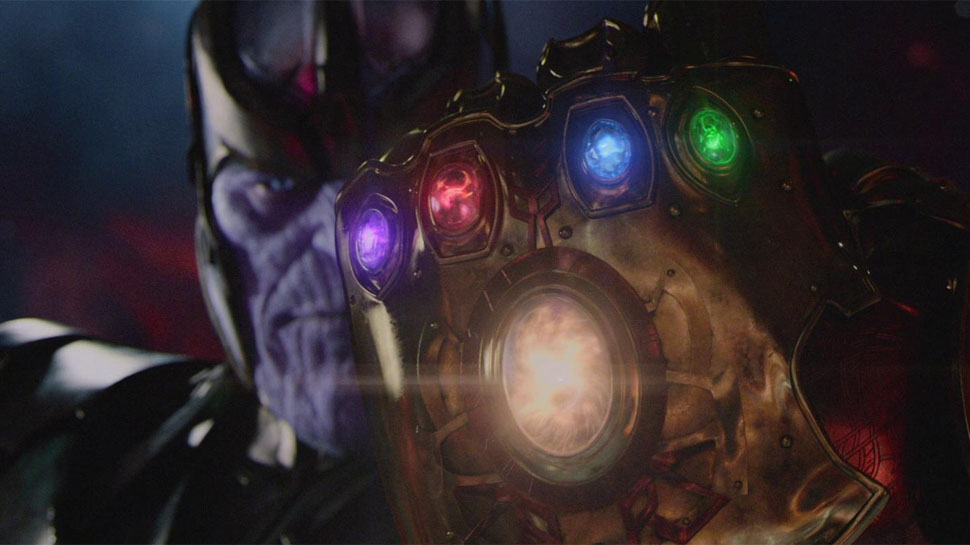 Now that the Avengers: Infinity War release is getting closer and closer (it’s already out next week and the long wait is over!), speculations and rumors have been popping up here and there regarding all these Infinity Stones. How will Thanos wield them? Will everyone die protecting these stones? And is Darryl Jacobson, Thor’s reluctant roommate from Earth, secretly an Infinity Stone (plot twist!) himself? Before we drive ourselves mad with all this over-thinking, let’s go through a quick rundown of how Thanos really got—or will get—the stones, based on both the comics and his action in the Marvel Cinematic Universe.

The movies obviously can’t stay completely faithful to the comic book source, because for one thing, some of the main characters from The Infinity Gauntlet (X-Men, the Fantastic Four, and Silver Surfer) are all chillin’ over at 20th Century Fox. While the merger had us all hoping everyone would come together in a big mess of nerd-gasmic team-ups as one big happy family, we can’t expect everything to happen in Avengers: Infinity War right away.

But in the storyline of Thanos Quest, the Infinity Gems are all gathered one by one by Thanos himself on his intergalactic quest ala-RPG style. The Mad Titan finds out about the power of these gems by gaining the knowledge from the Infinity Well, and, in his boldest attempt yet to woo his Mistress Death, he journeys to outer space where a being called The In-Betweener is imprisoned by Lord Chaos and Master Order.

Thanos uses his cunning to trick the cosmic being into escaping his own cell and rendering his powers of duality null, making it extremely easy for Thanos to take the Soul Gem from him. 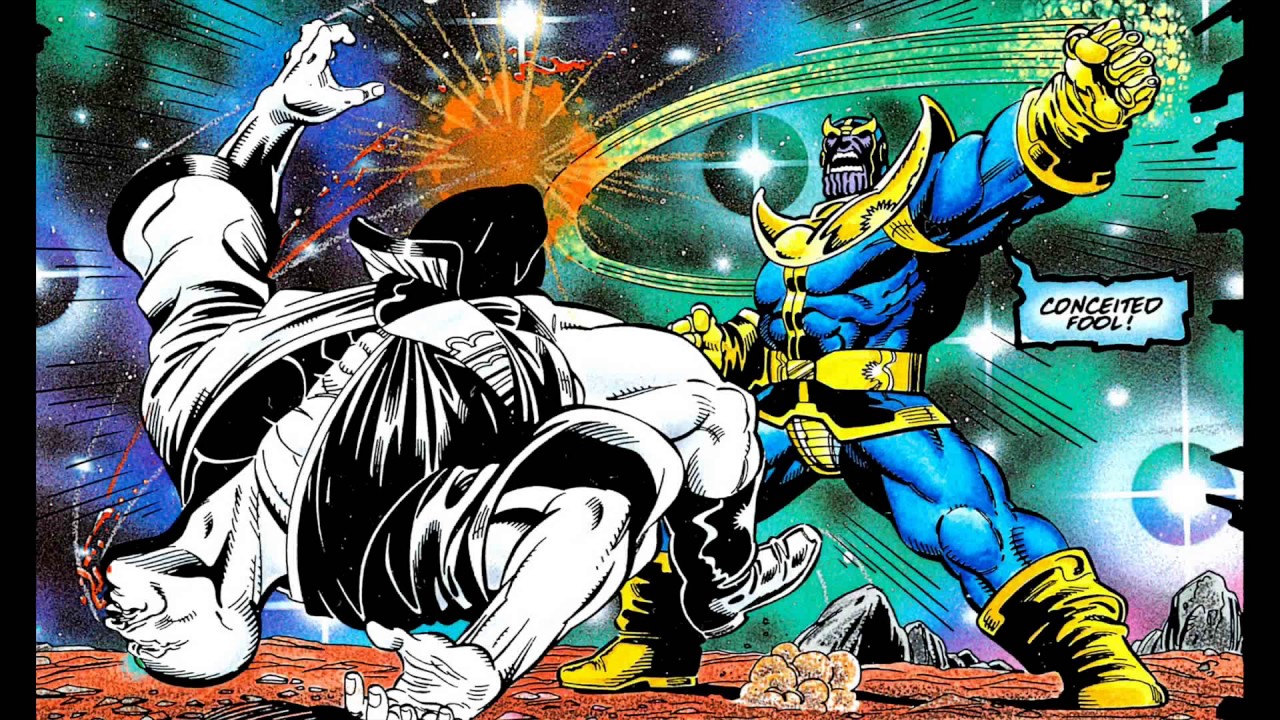 The Soul Stone remains a mystery in the MCU to this day, with speculations going as far as saying that it was hidden in Odin’s eye patch, that the stone is Heimdall himself, or that it would be in the possession of Adam Warlock (whose cocoon we briefly saw in Ayesha’s room in Guardians of the Galaxy Vol. 2). Still, because of the epic battle scene we see in the Avengers: Infinity War trailer, it’s quite possible that the Soul Stone is hidden away in Wakanda, because there’s no safer place to hide one of the Infinity Stones than in the most technologically advanced country in the planet. Wagers? Wagers, anyone?

After acquiring the Soul Gem, Thanos journeys to the planet Tamarata, where he once again demonstrates both his physical strength and his indomitable wit. There he fights an Elder known as The Champion, whose strength is matched only by the Hulk. Thanos tricks the Elder into slamming the ground with all the force he has, destroying his planet in the process and leaving him floating around in space. In exchange for teleporting him to the nearest planet (because nobody wants to spend their immortal lives wandering alone aimlessly through the galaxy), Thanos asks for the Power Gem and the Elder gives it to him with very little choice in the matter. 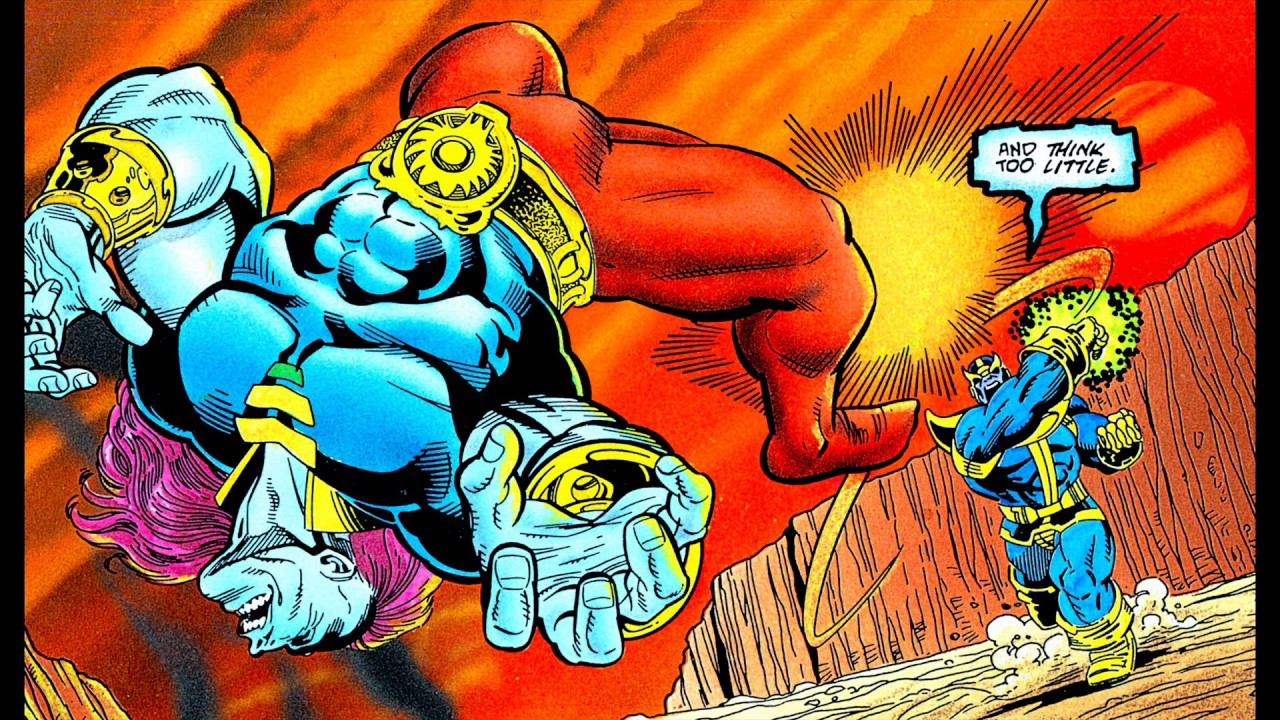 After the events of Guardians of the Galaxy, the Power Stone is currently being protected by The Nova Corps on Xandar. In the comics, the gem has the ability to enhance the power of anything, but in the movie, it’s a bit vaguer than that. We do see it making things explode while it was being wielded by Ronan, so who knows what’ll happen if its true capabilities are unleashed? It’s actually one of the stones that we see on Thanos’ gauntlet in the trailer, so we can assume that he gets his grubby hands on this one early on in the movie.

Here is where we see more of the Mad Titan’s cunning in the comics, as he has obviously planned everything out before he set out to collect all the Infinity Stones. An Elder called The Gardener possesses the Time Gem, but since he’s obsessed with having the most beautiful garden in all of the universes, he merely uses the gem to maintain his garden and make sure all the plants are at their most beautiful. Thanos is actually reluctant to pick a fight with The Gardener here, because he does agree that the garden is the most beautiful one he’s ever seen. But in the end, Thanos cleverly uses the Power Gem to amplify the power of The Gardener, making the Elder self-destruct and die from his own plants. Yep. Branches and twigs sprouting from his eye sockets and mouth and ears and all. Gruesome ol’ Thanos. 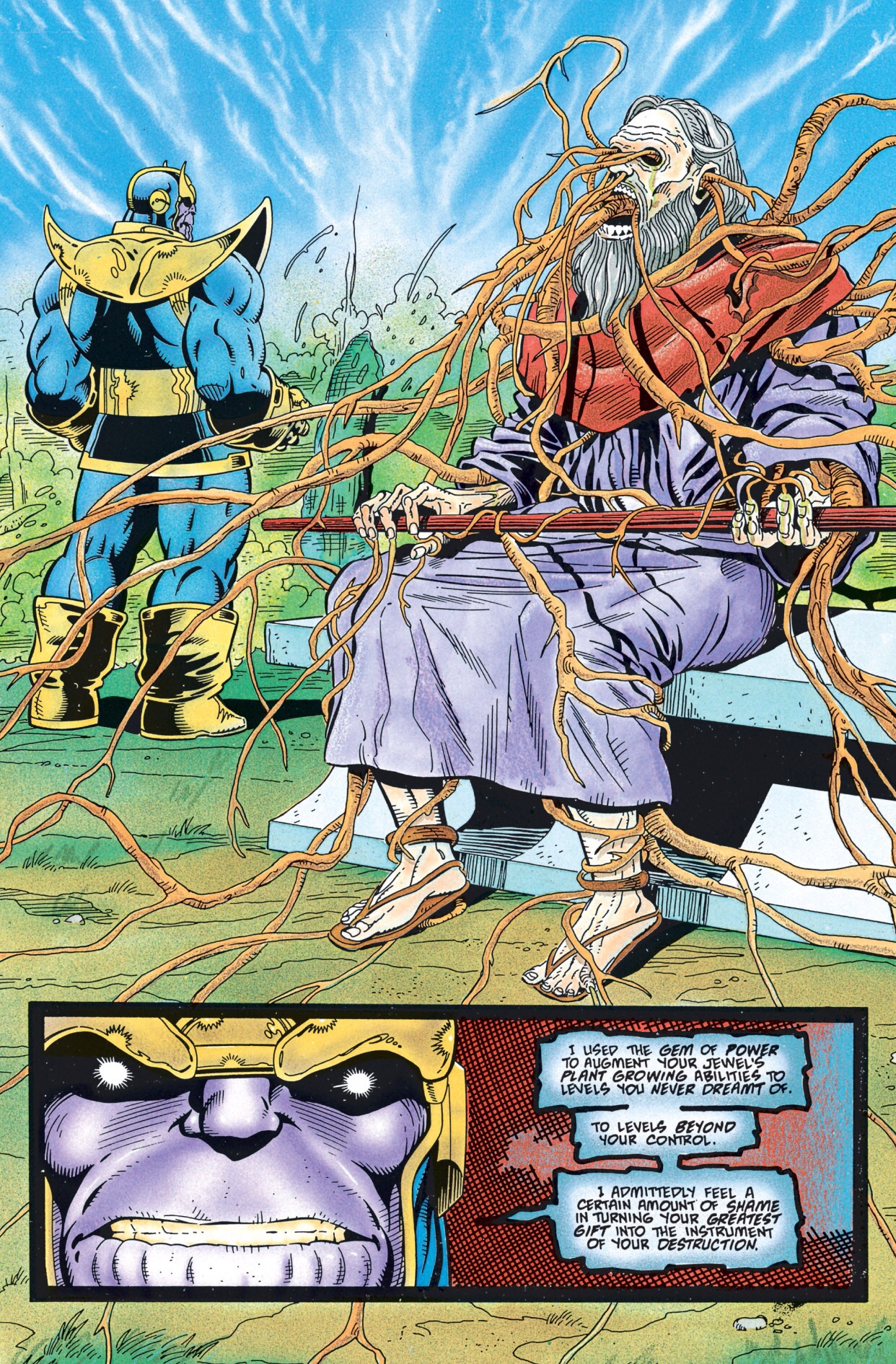 The movie version introduces the Time Stone as the Eye of Agamotto, which Doctor Strange currently protects in the Sanctum Sanctorum in New York. From the trailers, we see that Thanos’ lackey Ebony Maw is possibly the one tasked to break the good doctor by using his ability to manipulate and control minds. It has even been said that the villain might turn Stephen Strange against his own allies. What horror! What treachery! How positively ghastly!

Once again, Thanos uses his trickery here to outwit an elder named The Runner, who initially uses his speed and agility to run around Thanos and attack him. The Mad Titan then uses the Time Gem to accelerate the Elder’s age to over a million years old, rendering him completely disabled. He then takes the Space Gem, explaining that its true power was never really to augment speed, but to teleport the bearer to great distances with a mere thought. 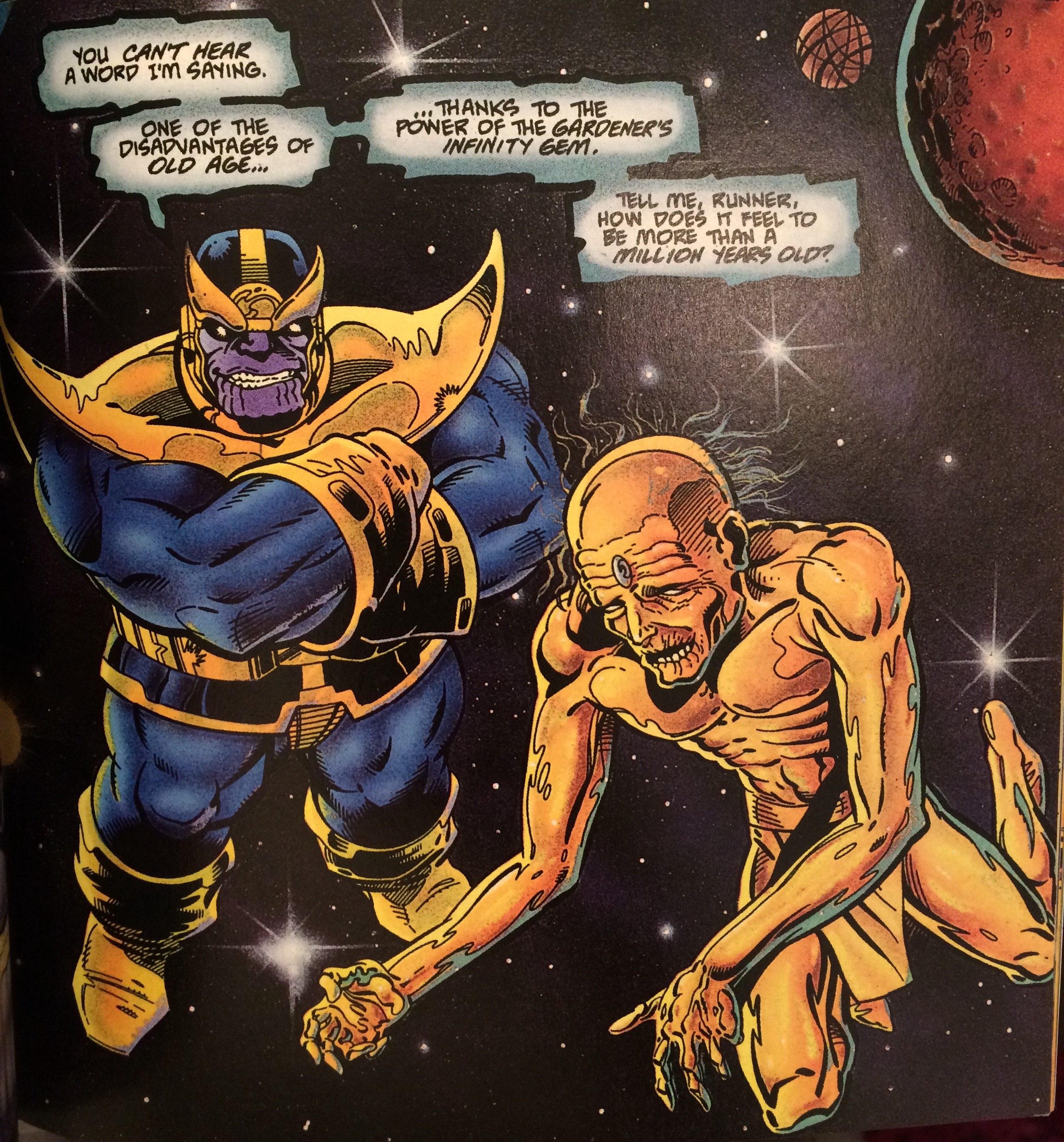 The Tesseract has been in the MCU for the longest time, and Loki is once again in possession of it toward the end of Thor: Ragnarok. From the trailers, we can pretty much assume that Thanos attacks the ship that the Asgardians are on and Loki is forced to hand the Tesseract over to him. Fans have also speculated that this is probably the first of the Infinity Stones that Thanos acquires, and that he will use the Space Stone to teleport every which way he wants to.

The Collector makes an appearance here, and Thanos uses the Time Gem to turn The Runner into a tiny infant. He then uses the infant Elder as a bargaining chip for The Collector, who has the Reality Gem in his collection. Thanos trades the baby Runner for the gem, but before he takes off, he oh-so-casually mentions that the effects of the baby Elder are only temporary. The Runner then immediately turns back into an adult in The Collector’s hands, and Thanos smugly leaves the two to bicker it out. 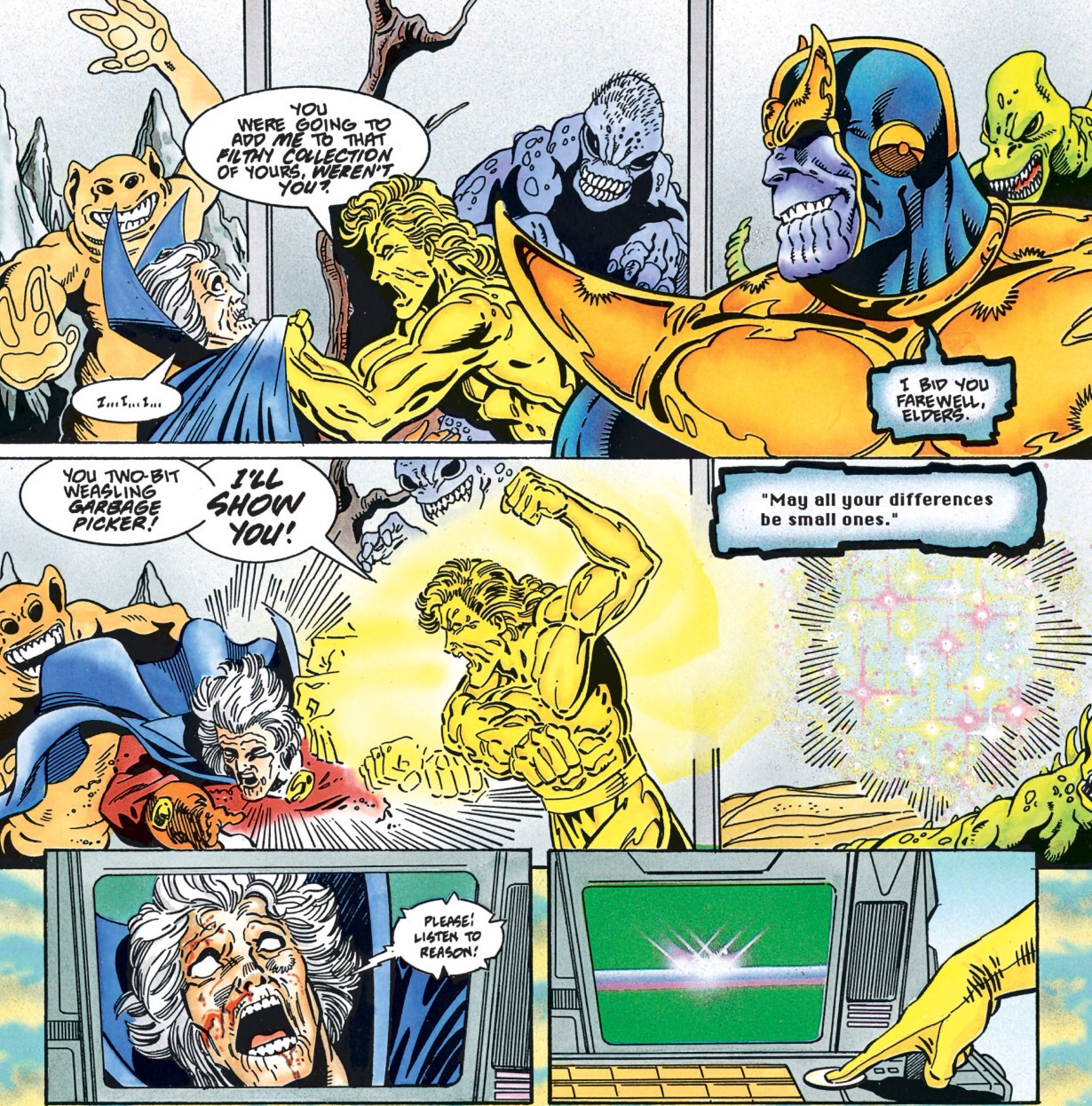 The Collector makes an appearance here too, as the Reality Stone a.k.a. The Aether is currently in his prized collection. We’re not quite sure yet if Thanos is going to be using baby Elders as bait, but it’s possible that Benicio del Toro’s character might perish in the struggle, along with all the other MCU characters they keep saying are going to die.

The final stop in Thanos’ journey is with The Grand Master, whom he basically cheats in order to win. Thanos already has all five of the Infinity Stones by now, so he can pretty much take the last one however he wants to, but to make things more fun for him, he uses a Thanos robot as a decoy to dupe The Grand Master in his own game. Classic Thanos-copter days, Thanos. 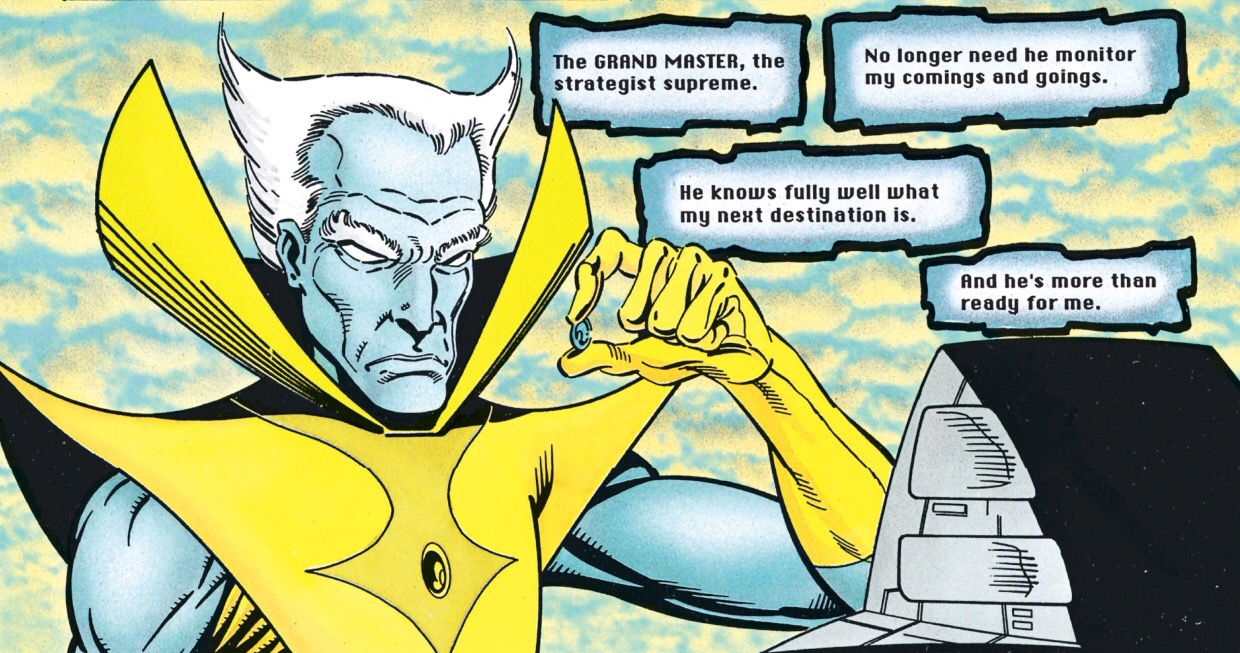 It might have been interesting to see how things would play out with Jeff Goldblum’s Grand Master, but the Mind Stone in the MCU is embedded in Vision’s head, so there will be no Thanos robots here. The trailer has already shown Corvus Glaive taking the stone from Vision’s vibranium forehead, so things are looking pretty bleak for this guy.

Of course, plenty of these details in the MCU are all speculations and wild guesses, so we’ll just have to wait until next month to see if we got anything right or if Marvel is messing with us. Hopefully, we’ll get to see some of Mistress Death, too—the most important and tear-jerking element that made the ending to Thanos Quest so heartbreakingly tragic (darn all these ninjas cutting up onions…).

How do YOU think Thanos will get all the Infinity Stones in the movie? Let us know what you think in the comments section below!