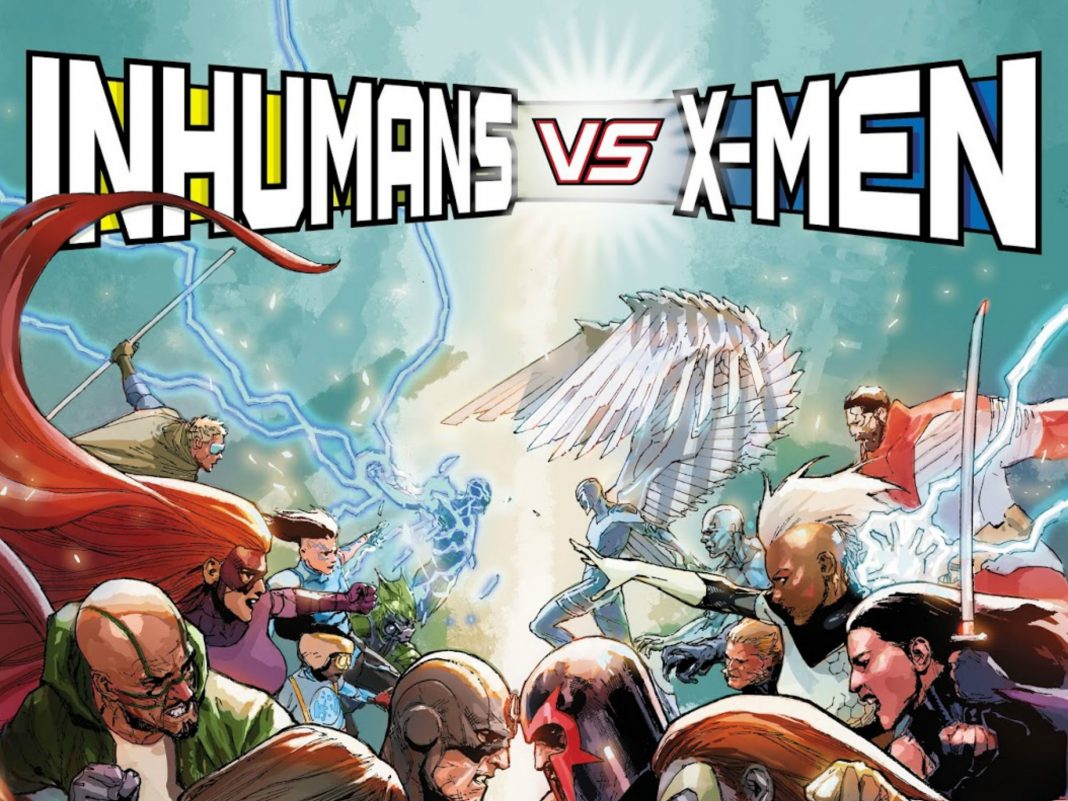 Gang, our Inhumans vs. X-Men #0 review is a little SPOILER-Y, so…check back with us after you’ve read the issue. Oh? Still here? Thank you!

So you say you have event fatigue? Well, wake up mothertrucker, because the war between the Inhumans and the X-Men has begun. And unlike many events that are events in name only, there actually seems to be a deeply rooted mythology mixed with many years of Marvel continuity to create the latest Marvel war – and unlike so many false conflicts disguised as market tent-poles, this event seems incredibly explosive.

It all begins with Emma Frost plotting the next salvo in the war with the Inhumans. If you read Death of X, you’ll remember that (spoilers, baby) Cyclops died of Terrigen poisoning and Frost dedicated herself to ridding the world of Terrigen mist.

In the #0 issue, Frost goes to Magneto and writer Charles Soule presents a beautifully written scene of Frost recruiting the Master of Magnetism to her cause. We really haven’t seen Frost in a while and Soule makes her return worth the wait. This is the best written Emma Frost since the Grant Morrison days as she becomes the mutant general in the war with the Inhumans.

Soule’s other POV character is the elder Beast. Through Beast, Soule spotlights a man who worships science and truly believes that reason and study will end this conflict. Soule puts Beast through an emotional gauntlet as the mutant genius must come to terms with the fact that the Terrigen problem may be way more complex than it seems, and science might not be enough.

There’s really not much vs. in Inhumans vs. X-Men, but the setup is electrifying. The reader will sympathize with both sides as Soule presents both factions’ points of view with aplomb. I really can’t wait for this one to begin.

The only problem with the #0 issue is that there are just too many characters vying for page time. When Soule focuses, things are great, but new fans are going to be very confused over the fact that there are two Beasts and multiple Inhumans characters who don’t present as anything but background noise.

But artist Kenneth Rocafort and his cutting edge visual dynamism do their level best to keep everything distinct and epic as despite some narrative fuzziness in the middle of the #0 issue, this is a great start to Marvel’s next big war.