Home COMICS Inhumans vs X-Men #1 Review: Lots of Action and ‘X-position’ (get it?) 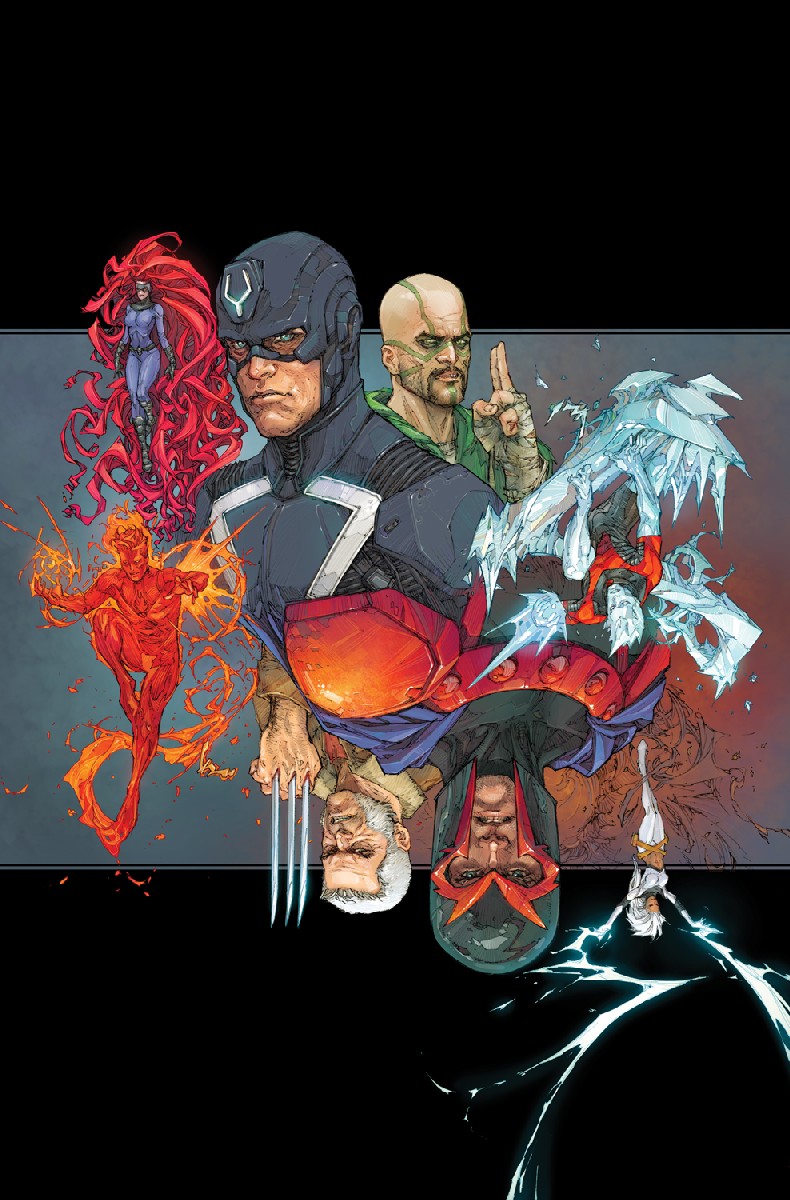 Gang, our Inhumans vs. X-Men #1 review is a little SPOILER-Y, so…check back with us after you’ve read the issue. Oh? Still here? Thank you!

The war begins. Well, lots of talk about the coming war begins, but still, the opening salvos of the conflict between Inhumans and mutants are indeed fired in Inhumans vs X-Men #1.

Now, if you’ve been following this Inhumans versus X-Men thing this past year or so, the first part of this comic is a decompressed muddle with characters spouting large chucks of exposition informing readers about the Terrigen cloud’s deadly effect on mutants, the death of Cyclops and blah, blah, blah. Points for writers Charles Soule and Jeff Lemire for using Beast to at least provide readers with an emotional center for this plot-dump, but if you’ve been following this current Marvel storyline, you’ve heard this before — many, many times.  But if Inhumans vs X-Men #1 is your entry point into this event, this bit of business should be useful to understanding the core plot. Also, this talky opening should read well in a self-contained trade — if the #0 issue isn’t included, which it will be, so yippee for repeating stuff.

Anyway, once the story get going, it gets going, as the X-Men, led by Magneto and Emma Frost, target each member of the Inhuman Royal Family. This leads to some pretty awesome battles between some X and Inhuman icons. These battles allow Lemire and Soule to really shine as the writers explore the intricacies of each character by allowing each member of the huge cast to have a moment to shine. The motivations of each side are clear as the writers explore a war that is fought on a shades of grey battlefield.

It’s impressive that each of the X-Men and each of the Inhumans have their spotlights in this #1 issue. There’s a Karnak versus young Jean Grey battle that’s particularly compelling. I also think that old school X fans will be very happy as the tale is told from the mutants’ point of view, so it seems like they’re the heroes of this piece. Leinil Francis Yu is pitch perfect for this kind of story as he perfectly catches the frenetic piece of the different battles and the emotion of the characters involved as the story unfolds. There’s lots of talking heads at the beginning of this issue, and it’s never boring to look at thanks to Yu’s ability to capture nuance.

Inhumans vs X-Men #1 feels big and reads big, and now that all the set-up is out of the way, the rest of this event will live up to the standard set by the third act of this issue.