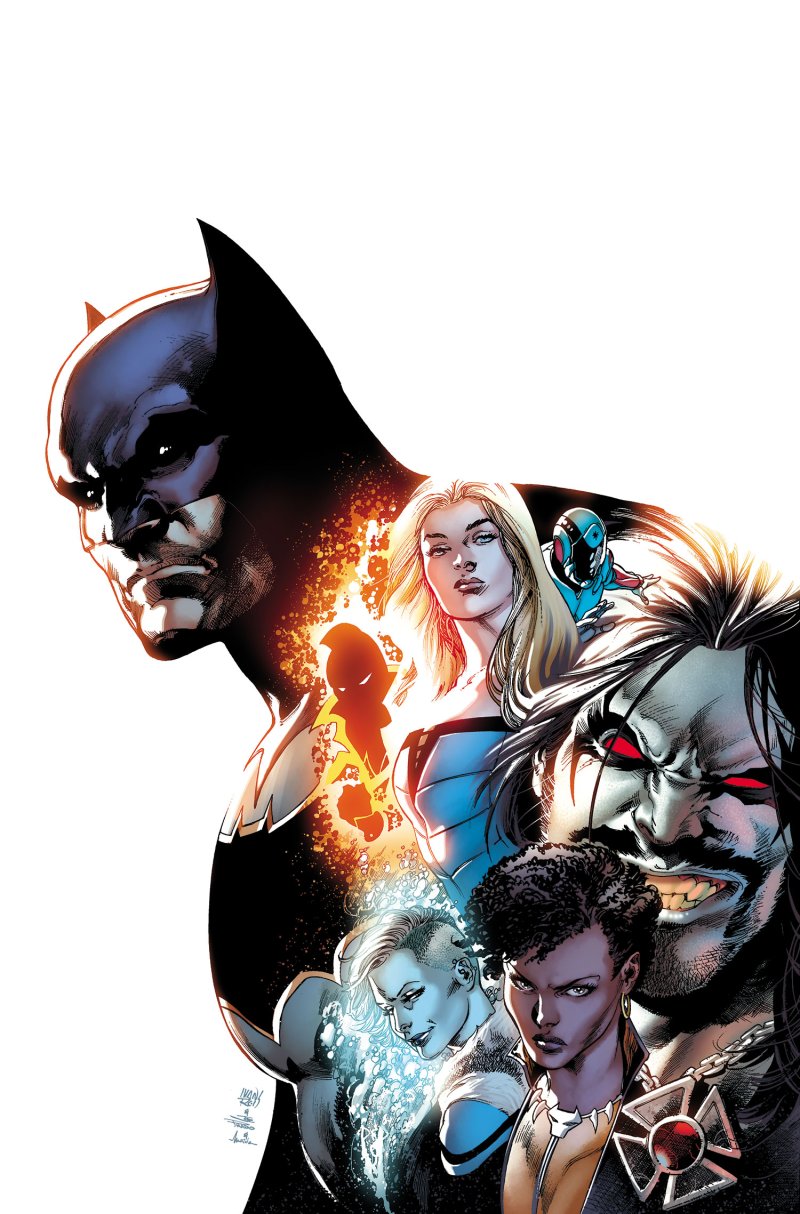 Gang, our Justice League of America REBIRTH #1 review is a little SPOILER-Y, so…check back with us after you’ve read the issue. Oh? Still here? Thank you!

The premise of Justice League of America Rebirth #1 is simple: Batman gathers a new Justice League team that human beings can relate to. He chooses a squad that are more human than god in order to protect humanity. So I ask you, what the heck is Lobo doing on the team? Lobo is that wild card team member that every good superhero team needs, but the story never justifies Lobo’s inclusion. Especially in light of the team’s mission statement, Lobo is completely incongruous to this team. I’m not sure this is the case, but it feels like Lobo was foisted on writer Steve Orlando, and Orlando couldn’t be bothered to make sure the Main Man’s inclusion fit into the story.

That being said, other than Lobo, Orlando presents a unique blend of classic DC heroes. The lineup is TV friendly but should also please old school DC fans. First there’s Batman, followed up by a very CW-etic version of the Ryan Choi Atom. Along with the Bat and the Tiny Titan, there’s a classic version of Vixen, a new version of The Ray, the modern version of Black Canary, and a leap-off-the-TV-screen version of Killer Frost.

The whole issue is a gathering of the team issue. You’ve read its like a million times before, but Orlando’s character interactions keep things fresh and interesting. The issue reeks of decompression as the whole issue could have been executed in the opening of the new series’ upcoming first issue, but it’s fun to watch Orlando play with his toys, Lobo being force fed into the issue notwithstanding. Orlando seems particularly interested in making Vixen and Killer Frost major DCU players, and there ain’t nothing wrong with that.

Artist Ivan Reis provides a classic DC sensibility and makes this comic soar. Every page is bursting with energy and hopefully Orlando will find his footing with this cool DC team. This comic could have easily been the Rebirth version of The Outsiders, but DC is allowing these mostly unexplored heroes center stage. A good beginning.