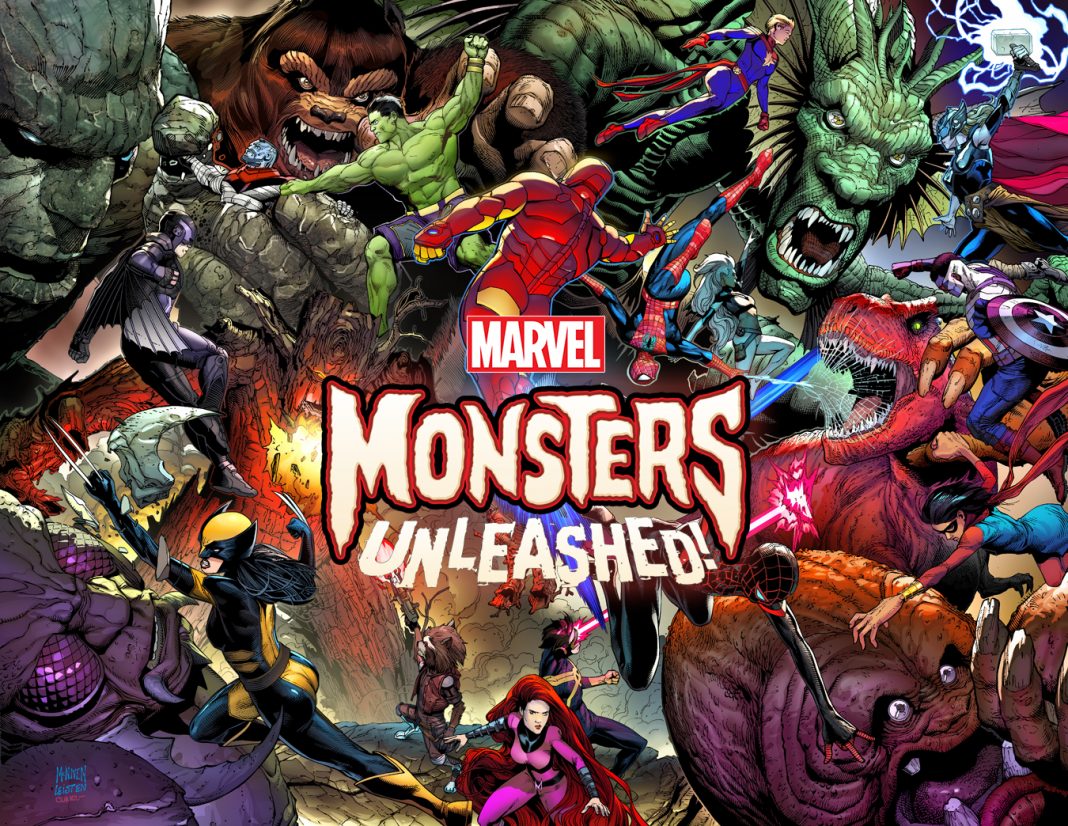 HERE THERE BE MONSTERS

From the press release:

Raining down from the outer reaches of the galaxy, rising up from the depths of the ocean, and emerging from the recesses of the Earth – monsters are staking their claim to the planet.  The only thing standing in their destructive path: the united Super Heroes of the Marvel Universe.

It’s all hands on deck, as the Avengers, Guardians of the Galaxy, X-Men, Inhumans and Champions, joined by a who’s who of solo stars – Deadpool, Spider-Man, Black Panther – battle an endless deluge of monsters and the mysterious force that controls them.  Will the combined might of the Marvel Super Heroes be enough to save the day?  Or will they need help to arrive from the unlikeliest of places?

The attached image was more exciting than the actual announcement.

Marvel also included the hashtag #MonstersUnleashed for readers to follow for more information.

What do you think of this announcement?  Let us know in the comments below.