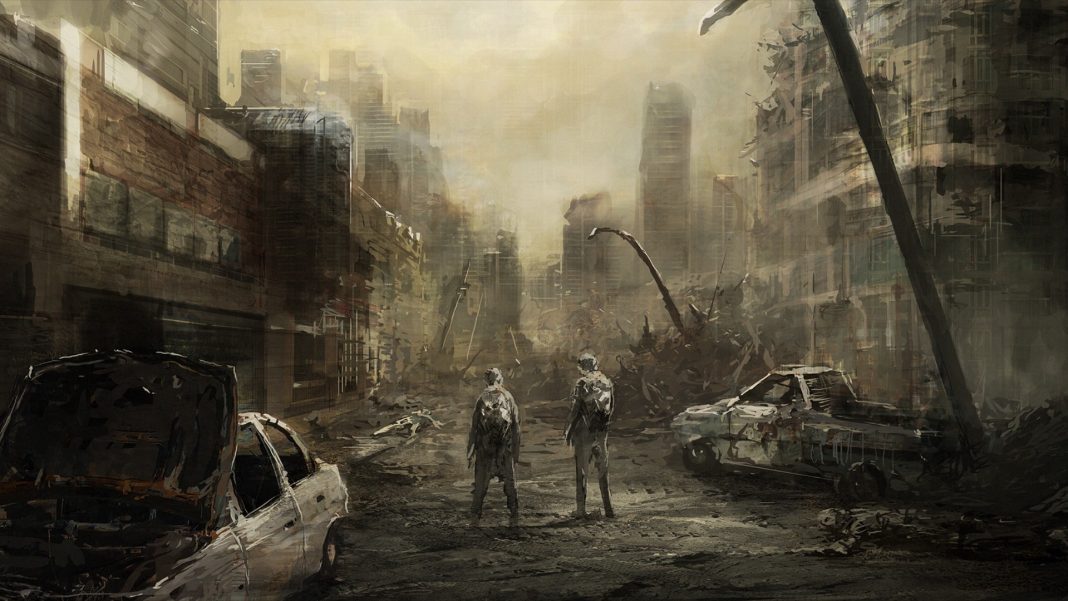 The endless multiverse is a frontier where anything can happen…but that’s not always a good thing! There are many alternate dimensions we’ve seen in comics where events we know went south! From heroes becoming villains to the many apocalypse scenarios, we wouldn’t want to visit these places for all the money in the world! Prepare yourself for the dark side of the multiverse, as we take a peek at five alternate universes we’re glad we don’t live in!

Hey, feeling like deep space is too dangerous for you? Then take a trip to Dimension X from TMNT, it’ll make any other alien world seem like a cakewalk in comparison! This universe is usually at war and always ruled by some dictator no matter which version you go by! The physics of this place are all wonky too, up is down, left is right and you’d have no idea how to get anywhere! The worst of it though are the natives, including the brain-like Utrom (usually led by the power hungry Krang), the hundreds of living rock soldiers, and a ton of vicious monsters to name a few! When they’re not fighting each other they’re trying to invade other realities to conquer! The only upside is Dimension X’s atmosphere is actually uninhabitable to humans, which might just be a lucky break for us!

Ever wonder what “judgment day” would be like if all the Terminators were all giant? Well if you’re a mutant, then it’s a living nightmare! Once a possible future for the X-men, the Days of Futures Past timeline is where the mutant killing Sentinel robots took over the world! Many mutants have been slaughtered, as well as other superheroes who tried to stand in the way! If you thought humanity got a free pass, you’d be wrong! As killer robots are known to do, the Sentinels realized that they didn’t need to take orders from their creators and turned on them too! As the dominant “species”, the Sentinels control everything on this earth and don’t take kindly to rebellion! If you’re trapped here, you can run and you can hide, but a Sentinel won’t stop hunting you!!

If you thought Dimension X was weird, then wait until you see Bizarro World! If the Earth being square here isn’t strange enough, there’s the fact that everything in Bizarro World is the opposite of our Earth! Home to Bizarro (this Earth’s version of Superman) you can really see why he’s as crazy as he is! Everything’s topsy turvy; bad is good, ugly is beautiful, and then there’s the weird alternate versions of DC heroes! It’s all just so…BIZZARE!! In short Bizarro world is a place that’d give you the biggest amount of culture shock that you’ll probably never get used to! Bizzaro World am best world there is!

[MINOR SPOILER WARNING FOR THE Injustice: Gods Among Us GAME AND COMIC!]

You’d be surprised about all the many alternate realities where Superman is evil! By far one of the worst of them has to be the universe of Injustice! Here, Superman went nuts after being tricked by the Joker into killing Lois Lane and blowing up Metropolis!  Superman then quickly takes over the whole planet, outlawing all crime and killing anyone who stands in the way of this new “world peace”! In other words, Superman became an unstoppable dictator here!

So what makes this one worse than other realities like it? Well in most of these stories the entire superhero community is completely behind Superman, but not here! Sure, most of the Justice League is, but Batman and a few others stood against them and it became an all-out war! In result friends have killed friends, heroes have become villains, and the ones who didn’t were slaughtered! Even after everything that was thrown at him, Superman’s regime was still standing and Batman’s resistance was crushed!

It all just gives you this feeling of hopelessness when you have a tyrant this invincible and there’s nobody left to stop him! Until the events of the game, you could only feel the dread of how oppressed the people are here. Travelers beware, because if you even jaywalk here, you’ll either be arrested or knocked into orbit!

You know any universe that’s a zombie apocalypse has already got to be one of the worst by default. So, what’d worse than zombies, how about zombies with superpowers?! Welcome to a world where all your favorite Marvel heroes and villains have become violent flesh eating zombies! And if that wasn’t already bad enough, they’re also intelligent too, but that won’t stop their hunger! Being as powerful as they are, they’ve actually eaten most of the planets population! Whatever is left of humanity is barely hanging by a thread, so unfortunately for the undead they’re a bit lonely. But maybe that doesn’t matter, because I hear they’re trying to bring unsuspecting visitors to their world…and they’re just “dying” to have them for dinner!! If there’s just one world you have to avoid over all the others at all costs, it’s the universe of the Marvel Zombies!!

What Alternate Universe would you not even touch with a ten foot pole? Any I missed? Let me know below!