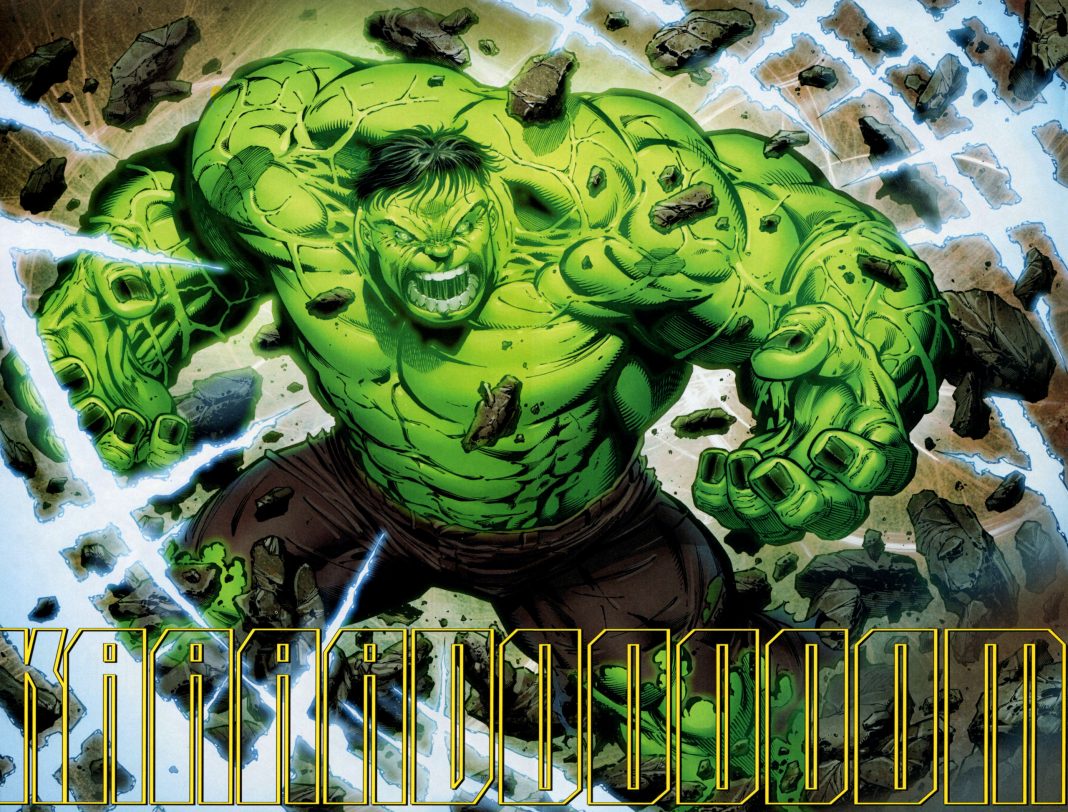 The Silver and Bronze Age are considered a creative renaissance for comic books. While DC Comics introduced comic readers to characters like Barry Allen, Hal Jordan and Martian Manhunter, Marvel Comics, on the other hand, built an entire universe during these eras. The House of Ideas completely changed the game when they introduced the comic world to their library of heroes like Spider-Man and the X-Men. While Stan Lee and artist Jack Kirby (creators of practically half of the Marvel universe) created some of the best comic book stories known to man, the results were definitely products of their time, influenced by the batch of atomic-tinged horror and sci-fi movies pervading theaters.

Much like the vested interest in solar energy today, after World War II there was an increased interest in nuclear power right here in the US. It was a relatively new kind of energy and science, an era affectionately known as the Atomic Age. There were a lot of undiscovered and unknown aspects of nuclear radiation, so scientists were busy testing it out in real life…and in the movies! This whole era gave birth to science fiction and horror films where nuclear radiation was the pervading source of conflict and concern.

I want to make one thing clear: I am not accusing Lee, Kirby, or the other writers and artists of any kind of plagiarism. All I am doing is pointing out the influence these movies had on comic books when they were first published. With that in mind, here are some science fiction and horror movies that had an influence on some of the Marvel Comics you’ve known and loved for years.

We all know the origin of the Hulk: in 1962, Dr. Bruce Banner was about to detonate a gamma bomb in a test field, noticed teenager Rick Jones in the testing field, rushed out to save Jones from the blast, wound up getting exposed to gamma rays and turned into the Hulk.

But, in 1957 there was a movie released with a similar plot called the Amazing Colossal Man.

In it, Glenn Langan plays Lt. Col. Glenn Manning, who is testing a plutonium bomb. After the planned detention malfunctions, he notices a small aircraft crashing near the testing site and goes over to rescue the pilot. But, when he reaches the testing field, the bomb goes off and exposes him to radiation. This odd energy causes him to grow to gigantic proportions, resulting in violent mood swings. Park-goers to Walt Disney World may know this movie due to its trailer being shown at the Sci-Fi Dine-In Theater at Disney Hollywood Studios.

You can also see a little bit of 1941’s the Wolfman in the Hulk as well. The aspect of Larry Talbot (Lon Chaney Jr.) hating the fact that he turns into a monster every full moon, and considering himself a danger to the public reminds me of Bruce Banner.

The Incredible Shrinking Man came out in 1957. Grant Williams plays Scott Carey, who, after sun-bathing on a boat during his vacation, is exposed to radioactive fog and begins to shrink. As he continues to shrink, his entire house becomes a completely different terrain in which to explore.

Now let’s compare that to the early adventures of Hank Pym, the original Ant-Man.

Before Pym is hopping around, fighting various villains with the Wasp, he discovers subatomic particles, which cause him to shrink. After Pym shrinks, he falls into an anthill, but escapes and decides to learn how to control ants and use them as allies.

In the 1960s and 70s, Hammer Films released a series of Dracula movies starring Christopher Lee. They are considered some of the best Dracula movies to date.

The popularity of these movies, combined with the Comics Code Authority easing up on some regulations, made Marvel set their sights on the horror genre. In 1972, Marvel Comics released Werewolf by Night and the Tomb of Dracula.

It was a massively successful series with writer Marv Wolfman (New Teen Titans, Crisis on Infinite Earths) and artist Gene Colan (Daredevil) at the helm for most of the book’s run. Tomb Of Dracula also introduced readers to the most famous vampire hunter since Van Helsing, BLADE!

Let’s do a quick recap of Johnny Blaze’s origin when he became the first of The Fallen’s bounty hunters. He was a stunt cyclist who made a deal with the devil to save his adoptive father from dying of cancer. After some trickery and being a real stickler for details (Crash Simpson died in a stunt gone wrong after his cancer disappeared. Johnny wasn’t specific enough about Simpson living after his cancer went away), Beelzebub made Blaze become his bounty hunter, a spirit of vengeance seeking out all those who deserved especially violent vengeance delivered upon them.

In the early to mid-70s and for some strange reason, America had a newfound interest in the ruler of Hell himself. It was all thanks to one movie where Lucifer was the main focus, The Exorcist!

Granted, the movie has a completely different plot from Ghost Rider, but it certainly sparked the devil’s revival. When you think of the timing of this movie’s release with the creation of Ghost Rider, you can’t help but put two and two together.

As you can see, comic books certainly reflect what is popular in America at the time. You could make an argument that they are snapshots of the American psyche. While it may not be true in all cases today, silver and bronze age Marvel titles certainly took a cue from what was playing at your local drive-in.

Agree with me? Did I miss a few titles or movies? Let me know in the comments below!