Home COMICS CIVIL WAR II #7 Arrives One Week Early! BECAUSE YOU DESERVE IT! 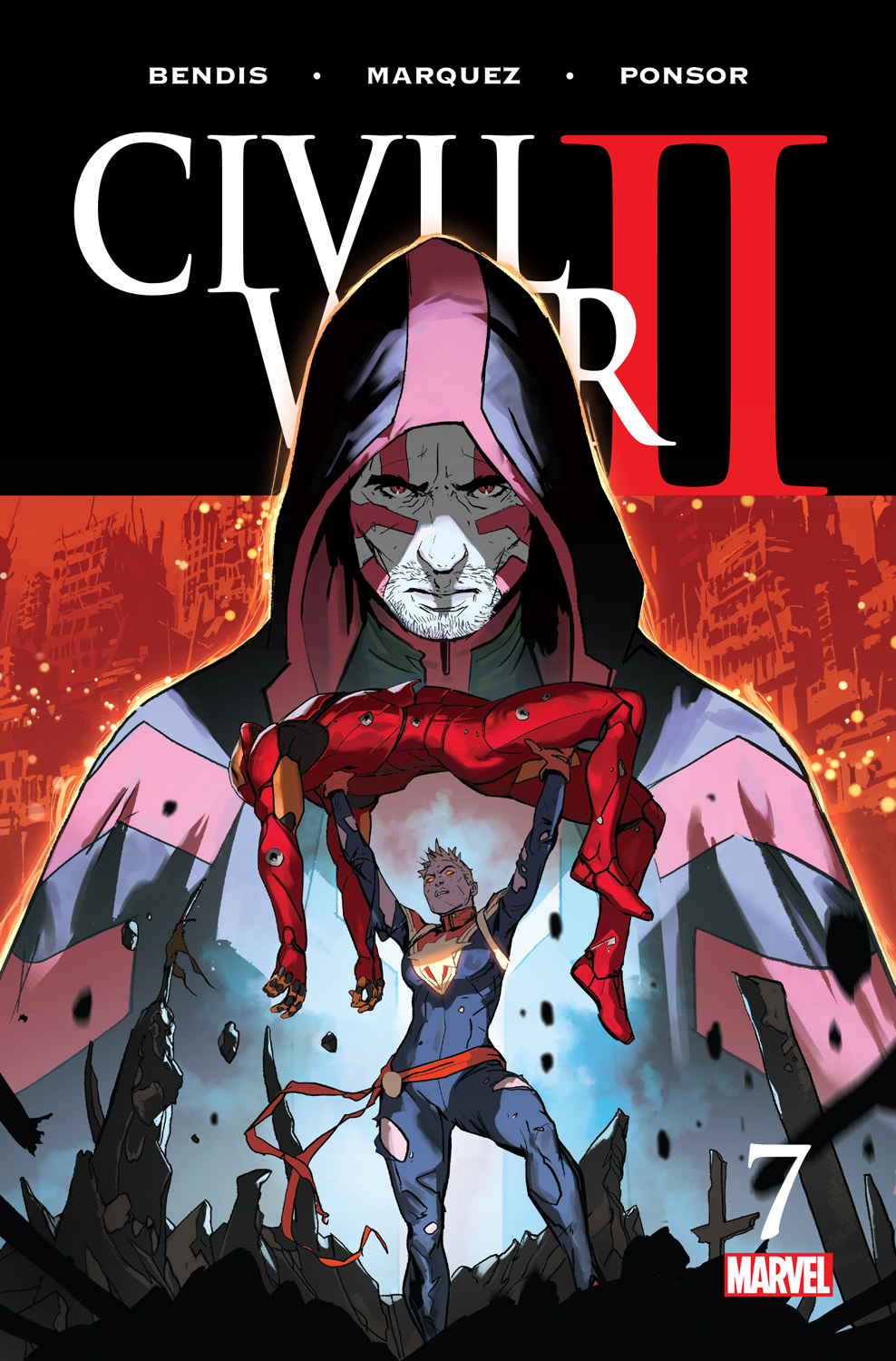 — Even Ulysses couldn’t have predicted this! The penultimate issue of Civil War II will now reach comic shops and digital devices on November 23rd! Brian Michael Bendis & David Marquez’s epic story is rocketing toward its conclusion, and now you can get your hands on it even earlier than expected! Don’t miss CIVIL WAR II #7 – on sale 11/23! Plus, don’t miss CIVIL WAR II #6, on-sale next week!

And look! It comes with a modest selection of variant covers!

Will Miles Morales murder Steve Rogers as predicted by Ulysses, who can’t, by the way, predict the earlier debut of Civil War II #7?

Will Captain Marvel and Iron Man arm-wrestle on the moon to decide the final fate of Ulysses, the Inhumans, and any and all super-people who felt a need to involve themselves, contributing to increased instances of irreversible damage to thousands of miles of infrastructure?