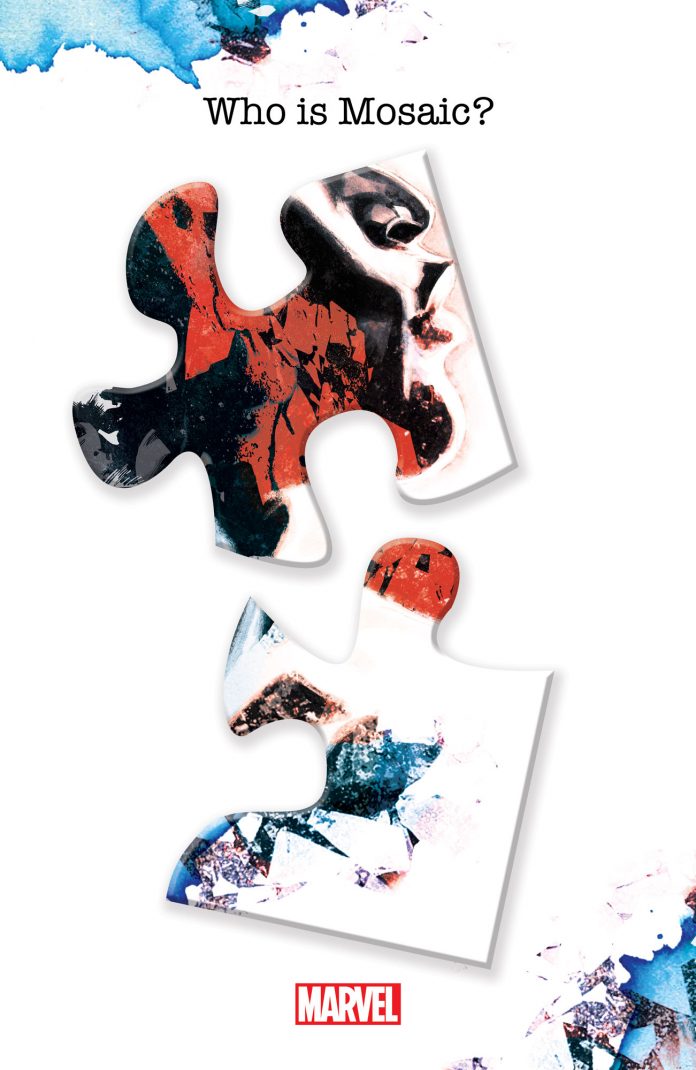 It asks, but it really doesn’t answer. Once again, just like a certain Marvel Press Release teasing the return of a major (and probably cosmic) character, this particular bit of press delivers very little information and a prodigious amount of head-scratching. Besides the text, “Who is Mosaic,” in the teaser image above, the only line of additional, accompanying info provided is the line, “A piece of the puzzle.” So, just who is Mosaic, and what the hell is Marvel coyly implying here?? This is what I’m thinking:

2. The cover art for the Alias series was provided by David Mack, an artist known for pieces that appear very much like papier-mâché constructs layered in liberal, kaleidoscopic splashes of chaotic reds and insular purples. The fragments of art applied to each puzzle piece (above) strongly resemble Mack’s characteristic splashing, blotting and spotting.

So just who the hell is Mosaic? Is that the name of a character or a story arc? And will it feature Jessica Jones, Rick Jones, or Willie Lumpkin?