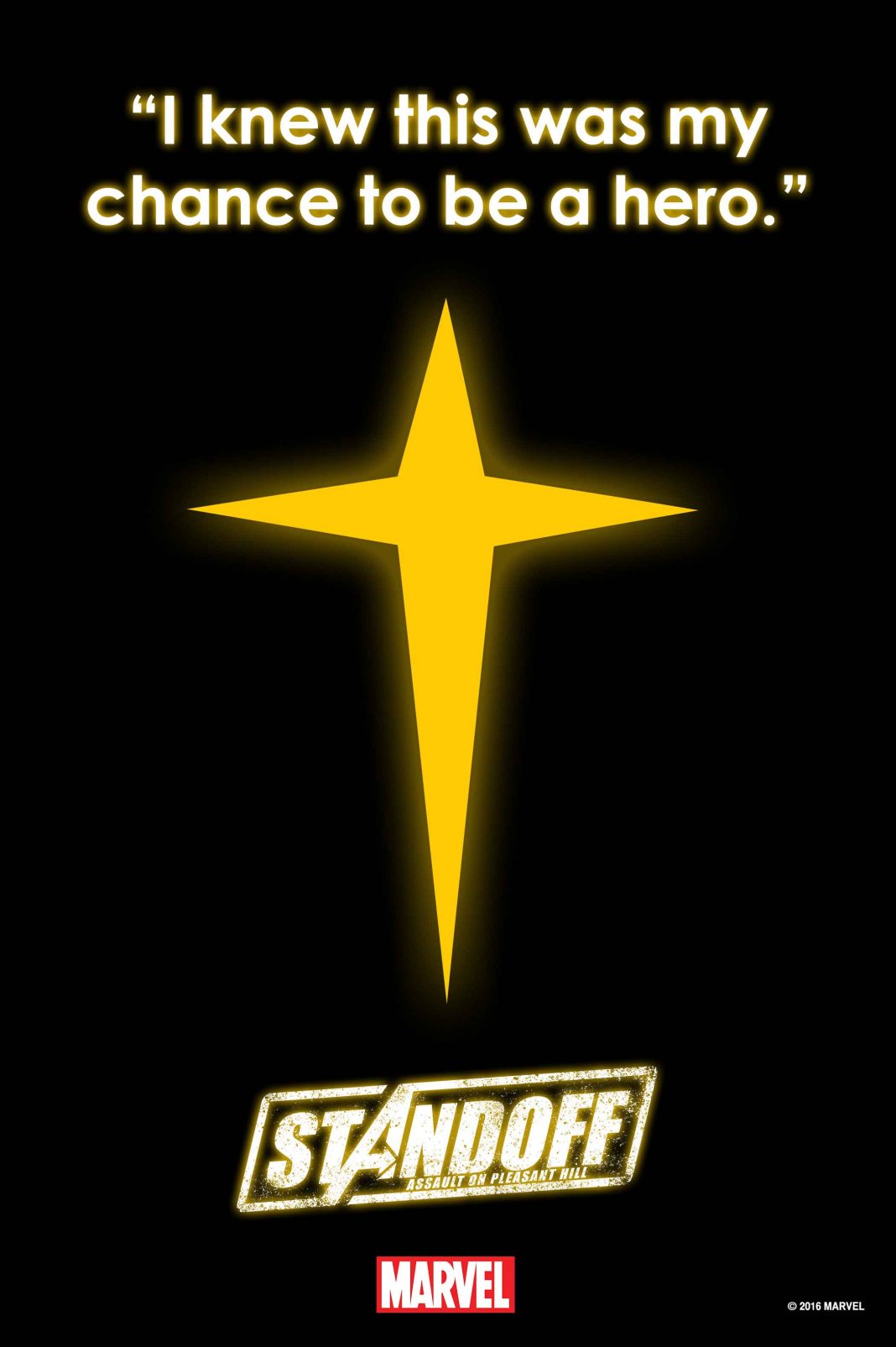 See that image (look up)? That sole, text-bereft image arrived in my mailbox just a few moments ago….and that’s it. Okay, so there was some text that arrived in this unusually scant Marvel Press Release. What was it? Fine, I’ll tell you; it said, “A long awaited return.” Hmmmmm. So, Marvel’s teasing the “long awaited return” of a major character. Who is it? Well….I have a few ideas since that symbol is just so gosh darn recognizable:

Marvel brought him back, but they completely dropped the ball when they lumped him into the whole Secret Invasion, Skrull-infestation hoopla. Ugh. Anyway, maybe Marvel will bring him back properly this time. But….his symbol has way too many barbs and points when comparing it to today’s recently received, iridescent image. So, maybe it resembles the NEXT ONE a little more closely…

He sacrificed himself in order to properly trap Thanos in the Cancerverse during the Thanos Imperative debacle. So, where the hell is he now?? Look, I read a lot of comics but I haven’t been keeping up with the adventures of Sam Alexander in the new NOVA title. Has Richard made an appearance, or is he stuck in a universe where ancient, Chthonic gods hold sway, perpetuating biological continuance after a state of cellular death???? EDUCATE ME, YOU WONDERFULLY KNOWLEDGEABLE SOURCE READERS!!!! Anyway, looking at the helmet, the crest is similar in shape to the aforementioned, iridescent image, but still….too many damn points and barbs. So, how about…..THIS??

Look, I’m not his biggest fan either, but the shape of that visor does resemble the shape of our iridescent star. Hmmmmm.

Okay, that one was more for shock value. How about something deduced with the application of a bit more logic?

The son of Captain Marvel, Genis-Vell had quite a few colorful adventures, a few of which lead to the complete dismantling of his sanity. Anyway, it’s probably him, and this is why:

1. He was killed in Thunderbolts #100 when Baron Zemo sliced his body into pieces and scattered them throughout the Darkforce dimension.

2. Baron Zemo is front and center in the current Avengers: Standoff storyline.

3. The Thunderbolts are back. Maybe, just maybe, the events in Thunderbolts #100 come back to bite them – and Zemo – in the @$$ due to a newly reformed, super-pissed-off Genis-Vell?? 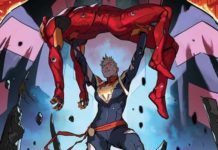 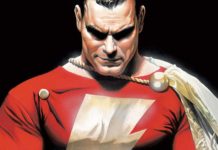