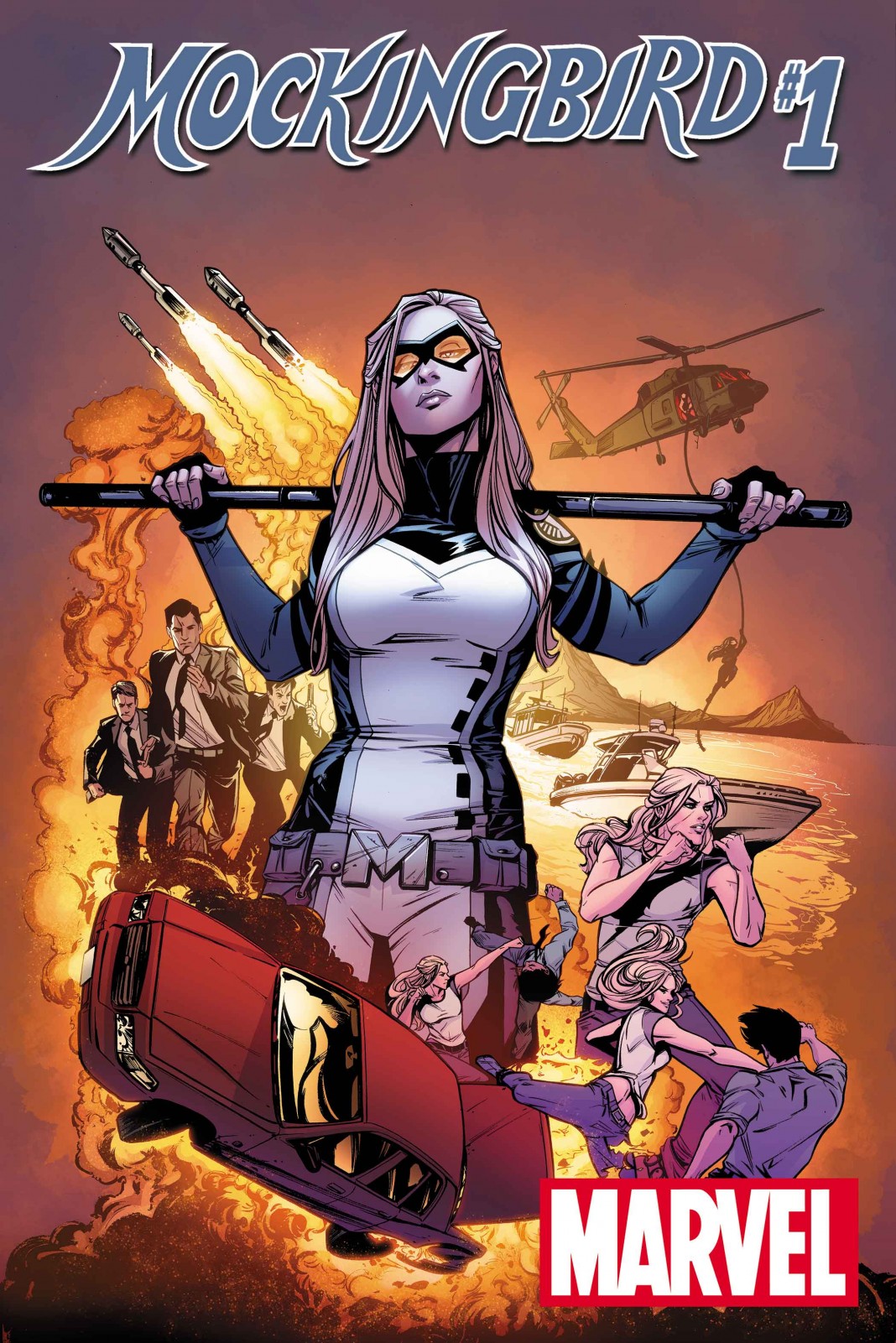 You have to give it to Marvel – their press release beast is an absolute monster! This new solicitation is based on an old character, but one that is getting more attention as of late due to the machinations of Agents of Shield! You a fan of super-secret Agents of SHIELD that actually might have some super powers? Actually, within the context of the comic, you don’t have to worry about ambiguous superpowers…you know she has them already!

Bobbi Morse. Codename: Mockingbird. Former Avenger and S.H.I.E.L.D.’s most versatile, deadly, and in-demand agent. But a string of missions gone wrong point to something strange going on inside S.H.I.E.L.D.’s own medical and recovery network. The more she digs, the more widespread the conspiracy becomes. Who’s behind it, and how deep does it go? More importantly – how far will Bobbi have to go in order to uncover the truth?

“Truly, the plot of the first five issues is rooted very much in Bobbi’s medial history,” says Cain, in an interview with Marvel.Com. “[Nick] Fury saved her life with a dose of Super Soldier Serum and Infinity Formula and I wanted to explore the fallout from that.”

Action, espionage, twists and turns await, True Believer. Be there as Bobbi Morse brings the truth to light this March in the explosive debut of MOCKINGBIRD #1!