Home COMICS Dark Night: A True Batman Story- A Tale of Redemption and... 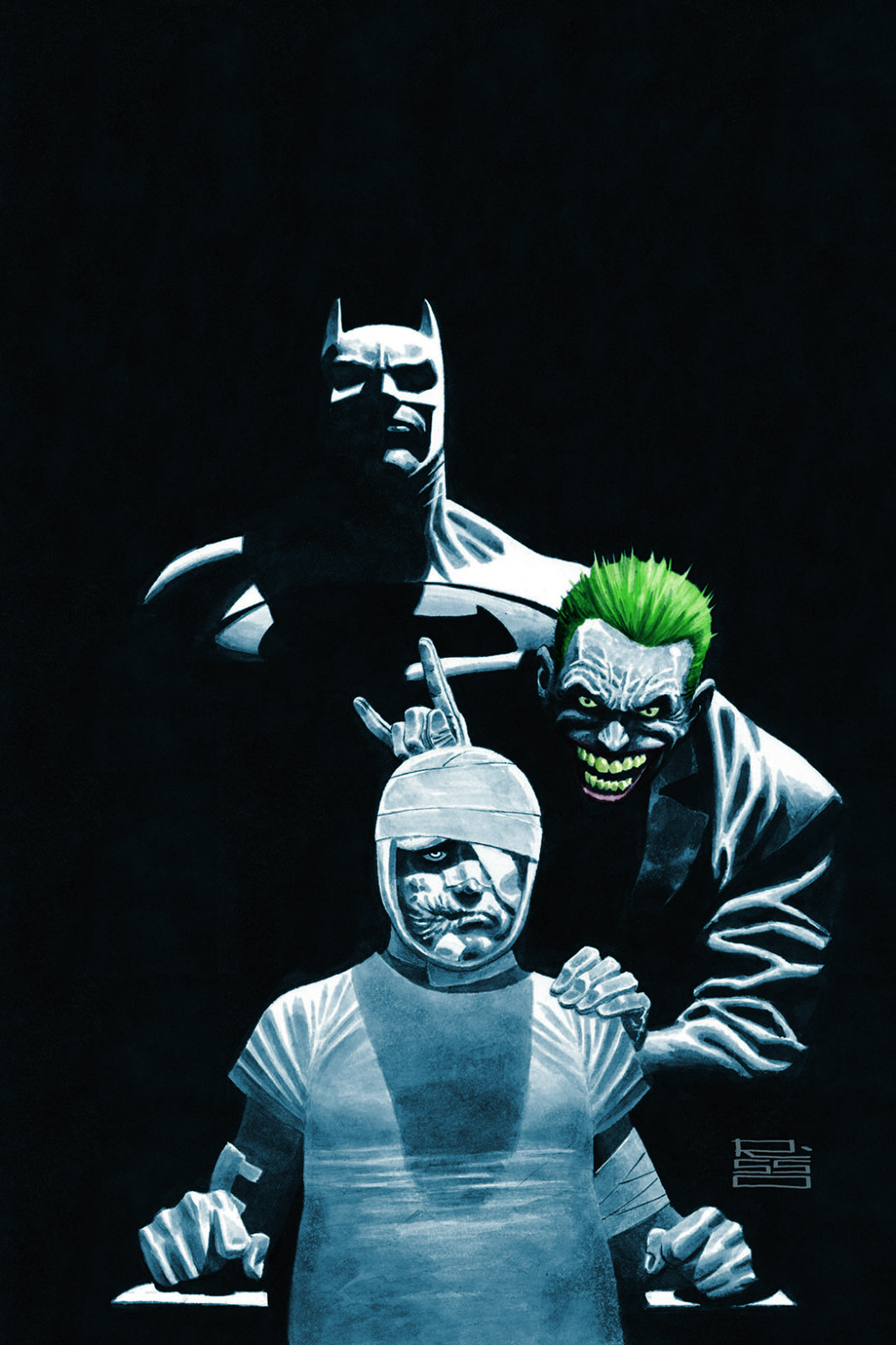 In the early 1990s, Paul Dini was on a roll; he was a writer for the popular animated programs Tiny Toon Adventures and Batman: The Animated Series. Heck, the guy even co-created everyone’s favorite crazy clown chick, Harley Quinn. However, all of Dini’s good times came to a screeching halt in 1993 when he was violently attacked on his way home one evening. Dark Night: A True Batman Story is Dini’s story.

The newly released graphic novel, with art by Eduardo Risso (100 Bullets), is a moving, personal, and ultimately uplifting story about one man’s battle with anxiety and the aftermath of that attack.

What makes it so compelling for comics fans is that the voices in Dini’s head, both good and bad, are given form in the characters he worked on. Batman is there to tell him to stop being a victim. Penguin encourages him to crawl further into the bottle. Joker gives voice to his darkest, most destructive thoughts.

Dini’s autobiography is a powerful meditation on personal identity. Through the course of the story we learn that Dini was in denial about parts of his life and, on one occasion, even resorted to cutting as a way to deal with a disappointment in his personal life.

Through it all, Dini’s imagination got him through. The characters that he loved and the voices he gave to them allowed him to persevere and, finally, overcome the damage, both mental and physical, done to him by his nameless attackers.

This book is as brilliantly executed a memoir as you will find. Dini doesn’t shine himself up for his readers. Instead, he presents himself, warts and all, in a way that will leave the reader rooting for him the way you would normally root for Batman.

I can’t say enough good things about this book. It’s a story that can be enjoyed by everyone from the most ardent Batman fan to lovers of a great redemption story.