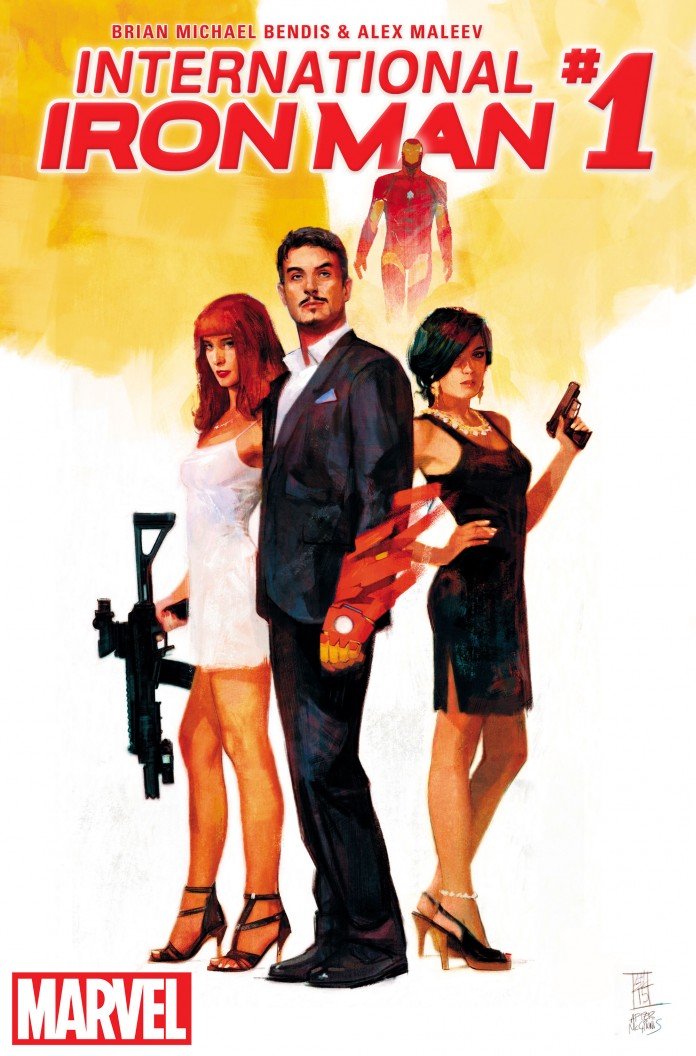 Check out Our Review [WITH SPOILERS] of Marvel’s International Iron Man #1!

When Marvel announced a second Iron Man title, many fans questioned the need for it. But writer Brian Michael Bendis promised that the purpose of International Iron Man would be clear after readers finished the first issue.

Well fans, I am here to tell you that the purpose is clear as Bendis has found a fascinating hook to set this book apart from other Iron Man title, Invincible Iron Man. International Iron Man returns Bendis to his roots as this new book reminds me of Fire or Goldfish, two of the titles that Bendis broke into the business with. In addition, International Iron Man is told mostly through flashbacks. We haven’t really gotten many young Tony Stark stories over the years and Bendis totally nails the voice of the younger version of this legendary hero. Through the flashback, Bendis examines Stark’s relationship with his father and paints a vivid picture of what Tony was like before his days as Iron Man.

Most importantly, this book introduces Cassandra Gillespie and takes readers through the budding romance between Stark and his new young lady love. Bendis does a great job introducing Gillespie and her family and really, the writer puts so much depth into his new character that it feels like she could become a real mainstay in the Iron Man mythos. Being additive to a character’s legend is so rare these days and Bendis should be complimented for pulling it off so deftly.

By issue’s end, we meet Cassandra’s family and then Bendis drops a bomb. It turns out that the Gillespie clan is tied to something dark and sinister,  and then all hell breaks loose. Flash-forward to the modern day and Bendis drops the biggest bomb of all.

This book justifies its existence by being so different from its sister title. This is not a big, bombastic superhero book; International Iron Man is a gritty humanistic espionage book that will leave readers gasping for more. Alex Maleev’s art gives the new title a layer of centered realism as he keeps the action engaging and moving even though most of the issue deals with the budding relationship between Cassandra and Tony.