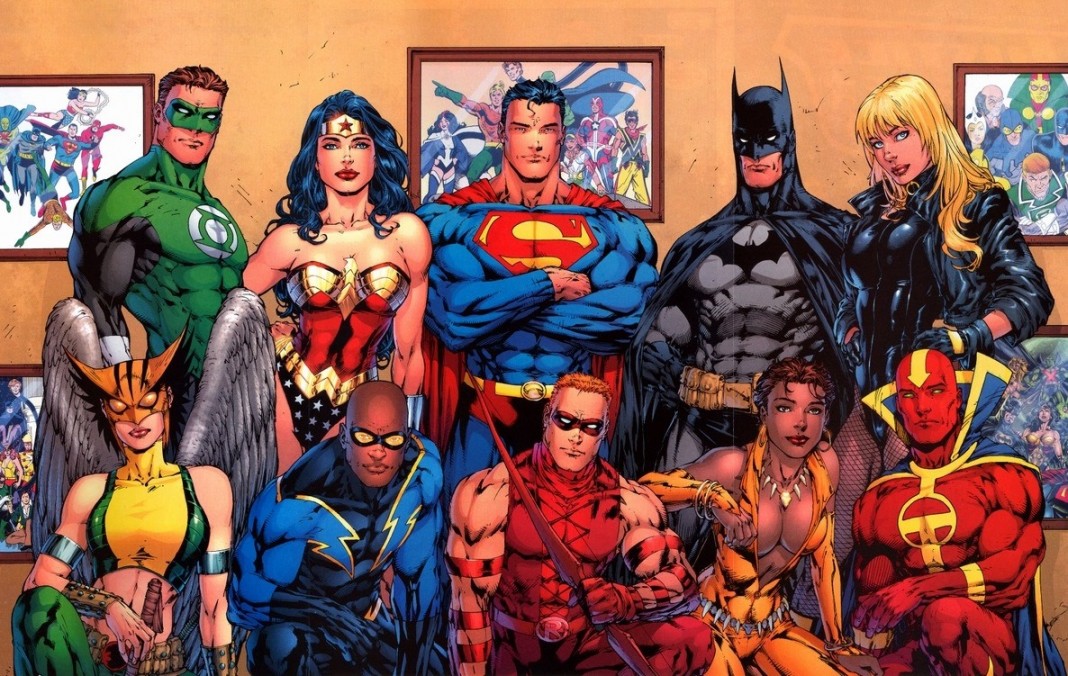 The Trinity has always been the highlight of any big DC Comics event, and I’m quite sure that you’re as excited as I am to see them on the big screen when Batman V Superman comes out this March. But to prepare yourself for the dawn of the Justice League – set to occur after (or during) the highly anticipated film – isn’t it time you made an effort to get to know the other members of our merry band of heroes?

That is exactly how master wordsmith Brad Meltzer began his run on the Justice League of America back in 2007 with The Tornado’s Path. Just like his take on the League with Identity Crisis, Meltzer focused all the action on the other members instead. Sure, the ‘Big Three’ was the overall framing device for the whole plot—they are, after all, debating on the who’s who of the new roster for the Justice League. But while Superman, Batman, and Wonder Woman are making this momentous decision, something else is at the heart of the story, one that – despite being superheroes – all of our main characters share: humanity.

As the title itself suggests, the comic book revolves around The Red Tornado, an android struggling with the concept of what truly makes someone human. There are also various sub-plots happening simultaneously throughout the comic book, with everything coming together towards the end. Meltzer distinguishes the narrative beautifully as Red Tornado narrates, “This is a story about history. And destiny (the Big Three choosing a new roster). And love. And coming-of-age (Roy Harper becoming Red Arrow). And friendship. And passion (Black Lightning and Vixen). My name is John Smith. And this is the story of my life.”

What begins as the Tornado’s noble attempt to transfer his consciousness into a human body so that he can make his wife – Kathy Sutton – happy, turns into something nefarious when not-so-innocent forces (and a horrifying Amazo) conspire to use his former body against the League. What results is a deeply gripping tale that’s as filled with over-the-top action as there are quiet and emotionally charged moments. And with the superbly breathtaking art from Ed Benes (who pretty much makes every woman look like a bombshell with no waist and every man a buff poster model for some sort of energy drink), I guarantee that you will never stop reading once you flip open the first page.

What’s interesting to see is that the Trinity has different criteria when it comes to deciding who stays in the League and who goes. Diana sees things from a tactical perspective, Bruce depends on whether or not he can trust the person, while Clark, being ever the Boy Scout, is “voting for who you think is nice.” Above all that, it’s about time the other members of the Justice League took center stage. If you’re not yet a fan of the Red Tornado, Vixen, Black Canary, Black Lightning, and Hawkgirl, this is the place to start. And when you’re done with the piece, you will never see Solomon Grundy the same way ever again—born on a Monday or not.

More highlights of The Tornado’s Path include Black Lightning handing Bats the official JLA invitation, an official Justice League class picture, and Reddy’s arm getting ripped right off and eaten in front of him, blood and gore and bits of meat flying everywhere and everything. Yep.

With stunning covers by the late Michael Turner, Justice League of America: The Tornado’s Path is the perfect jumping off point to rebuilding the League back in the Pre-New 52 universe (yes, back when DC was good. There. I said it.). So before you head on over to the movies to catch Supes and Bats duke it out in front of Wondy, remember that the Justice League is so much more than the three of them. After all, it’s just as Bruce says when putting the following question to Superman: “What’s the best part of the League? The very best part? The best part is—it’s bigger than us. And we should never let it be anything but that.”