Home COMICS Why Spider-Man Is ACTUALLY a Menace — By J. Jonah Jameson 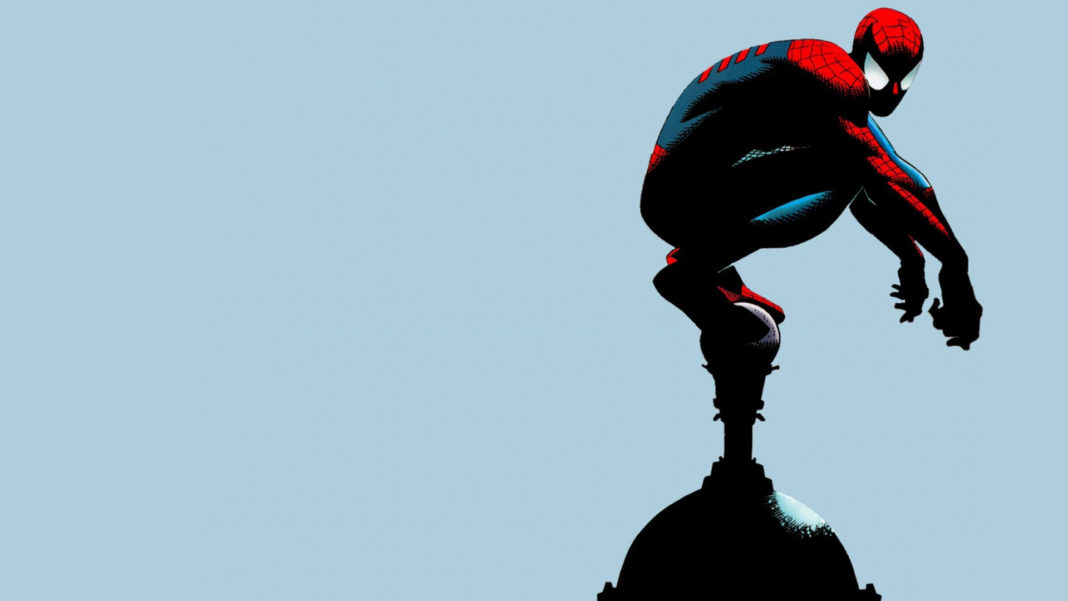 Readers, I, J. Jonah Jameson, editor-in-chief of the Daily Bugle and now an occasional contributor for this online news website, The Source, started out as a mere copy boy. Eventually, as you know, I worked my way up in the world. Without any help, I pulled myself up as a journalist and put every cent into the Bugle. 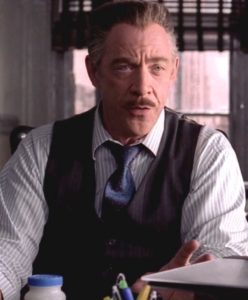 However, due to a general, overblown infatuation for superheroes in our once rightfully skeptical society, stories believed to be worthy of more than just the front-page of my own paper never quite stuck with our readers. It was as if every word of truth printed on those trusted pages dissipated the second someone saw a streak of red and blue swing by. Personally, I blame it on Peter Parker’s pictures: too much spectacle and not enough depravity.

To rectify this — and save our city from that criminal vigilante — I have ventured beyond the means of your everyday, humdrum journalist. No longer keeping my ear to the ground, I instead gazed at the skies, longing for resources from the great beyond. Under the guidance of my wonderful, talented, and truly heroic son, John Jameson, I took not just a small step but a giant leap for journalists everywhere by going to the moon and interviewing the most knowledegable and credible source of all: Uatu the Watcher.

There, miles from Earth and seemingly lightyears away from my desk at the Bugle, this big-headed freak in a toga gave me, J. Jonah Jameson, New York’s most trusted editor, every bit of information I needed to discredit and dismantle the wall-crawler’s reputation once and for all time. Although, it was certainly not cheap, but it was worth every dime.

No longer shall I be thwarted, embarrassed, or even frustrated by that web-slinger, for this list stands as the ultimate testimony to why Spider-Man is truly a menace:

1. Spider-Man Is an Attempted Thief

In a colorful record book Uatu called Amazing Spider-Man #87 — whatever the hell that means — the criminal arachnid broke into a jewelry store and stole a necklace for his now deceased girlfriend, Gwen Stacy. Apparently, the beautiful, young fool was having a birthday party later that night, and the irresponsible web-head forgot to get her anything. Naturally, being the criminal he is — one who should be strung up by his own webs — he decided to steal something for her.

Now, in the interest of remaining objective, Uatu claims the Spider-Thief returned this merchandise; however, the jeweler in question has not corroborated that same story.

Once again, from another almost comic strip-like record called Ms. Marvel #34, Uatu recalled a time when the wall-crawler blackmailed an Avenger for a date. At the time, Ms. Marvel, now titled Captain Marvel, lost her powers and needed the help of the web-slinger — though I will never understand why he was her first choice for help. Naturally, the psycho spider vigilante wanted more than just an I.O.U. for his time; he disgustingly demanded a date. The nerve!

3. Spider-Man Had Relations with a Married Woman

Despite my pleas, the Watcher refused to confirm who is underneath that red, webbed mask; although, he did inform me of this situation from Amazing Spider-Man #190, which featured Spider-Man’s alter-ego — whoever that might be — having vague relations with one of my own, Betty Brant!

After leaving her husband and one of my best reporters, Ned Leeds, in Paris, Betty flew back to New York. The Watcher claims she was distraught, acting out of impulse. However, that does not excuse Betty cheating on her husband with the web-slinger, nor does it excuse that wife-stealing menace from kissing and potentially having further relations with a married woman.

These days, journalism is under attack in our beautiful country. To discredit any paper or news gathering source solely through enflamed accusations is not something by which I can abide. However, in some instances, these allegations of fake or falsified news do turn out to be true.

As a professional newsman who has spent years building a career only with the most credible sources, writers, and stories, I am disgusted to know that even the maniacal Spider-Man has engaged in the practice of creating fake news.

After missing some photos of his villain vs. villain battle with the Sandman, the monger of misinformation simply threw some sand in the air and punched, faking a confrontation to capture — and more than likely sell — pictures.

I wonder what sucker bought those!?

In a later, genuine encounter with the Sandman, the web-slinger decided to venture down a darker path. Yet this road less traveled did not enlighten our resident menace, it only led him further into the company of killers like Frank Castle and the Goblin.

Instead of subduing the Sandman, in Amazing Spider-Man #615, the wannabe hero used acid webbing — almost dissolving the man entirely. Believe me, I’m no fan of the Sandman! I’d love to see that criminal cloud of dust erode into nothing, but it has to be behind the bars of a New York correctional facility, not at the hands of that irresponsible, leotard-wearing freak.

6. Spider-Man Worked with the Jackal

In an era Uatu referred to as “the dreaded Clone Saga,” the false wall-crawling hero worked alongside the malicious Jackal instead of against him, somehow believing it was righteous just because he may or may not have been a clone. Weird. I know.

Although Spider-Man deserves to be strung-up by his own webs, occasionally his actions lead to the capture and containment of greater threats. This does not in any way warrant his vigilantism; however, it is (to a minuscule extent) beneficial. Working against the Jackal would have been the better thing to do here.

Just when you thought it couldn’t get any worse, the maniacal Spider-Man always finds a new way to terrorize this city and those around him.

Once again, during the “No, Jameson, I’m serious; it was really, really awful” clone thing, the misogynistic freak, Spider-Man, unforgivably abused his pregnant wife by hitting her across a room…

While this next example of evil perpetrated by Spider-Man may be confusing and even seem a bit far-fetched, Uatu assured me the following did occur:

In a fairly recent record referred to as Superior Spider-Man #8, the wall-crawler was somehow trapped within his own mind while the equally infamous Doc Ock was in control of Spider-Man’s body. However, as Spider-Man, Ock attempted to do charitable, heroic deeds like performing life-saving surgery on a little girl. Unfortunately, the evil of the wall-crawler still remained and attempted to ruin the surgery!

9. Spider-Man Made out with His Dead Ex-Girlfriend’s Daughter…

Continuing another already awful storyline, Spider-Man took his reign of terror overseas to France. Among the litany of other crimes he committed whilst located thusly, the worst and most vile by far was making out with the daughter of his dead ex-girlfriend, Gwen Stacy. Worst of all — because of some strange aging thing — the young girl, Sarah Stacy, was technically only 10 years old and still slept with a teddy bear.

Despite being totally cringe-worthy, this scene from a dreaded Spider-Man film from another universe captures the pervy Spider-Creep in action:

At multiple points in the film, the web-slinging menace commits almost every awful deed on this list, including hitting Mary Jane and almost killing the Sandman.

The Only Logical Conclusion:

With this testimonial list backed by the strongest evidence, I, J. Jonah Jameson, declare once more and for all time that Spider-Man is a menace. To think otherwise is to deny all of the lives he has ruined, particularly the lives of his love interests.

Spider-Man is no shining hero here to save us, no beacon of hope swinging across our great city.

Spider-Man is, and always will be, nothing more than a menace.