Home COMICS The Coolest Easter Eggs From Stargirl So Far 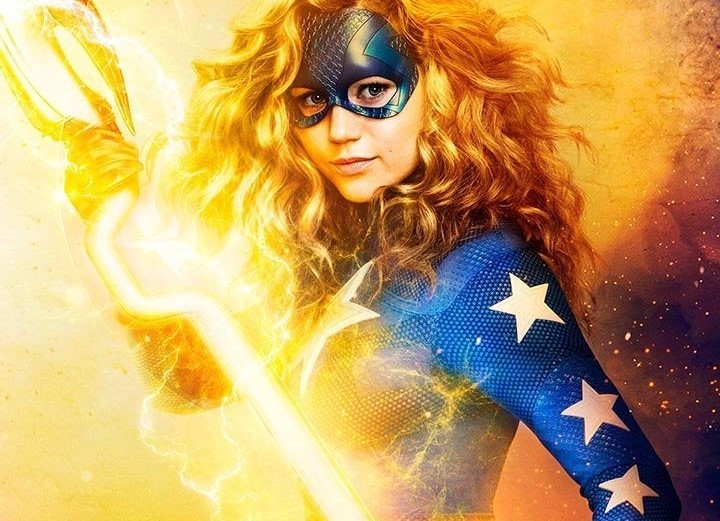 DC’s Stargirl is proving to be an interesting addition to the DC Universe lineup, and one of the coolest things about the show is that it’s not ashamed to namedrop and reference cameos for fan service. The show follows the story of young Courtney Whitmore (Brec Bassinger) and her adventures as Stargirl, all while she navigates through the perils of school and teenage life.

Of course, we’re all about Easter Eggs, and the showrunners know exactly how to tickle our fancy. Here are just a few of the most nerd-gasmic ones!

Series creator Geoff Johns had a real-life sister who passed away due to a plane crash in 1996. This actually inspired the creation of the character. The show paid tribute to her through a bulletin board of photos from one scene, showing a photoshopped fictional Courtney sitting on a bench with the real-life Courtney.

“I didn’t actually include it. It was Doug Mastin, our prop master who is amazing, an amazing, amazing human being and talented, passionate guy. And I just, we love working together. And he was so great, and we talked about … he was so driven by the idea that this was based off my sister and he was the one that had the idea, that put it together,” Geoff Johns says. “He asked me if they could do it and I said absolutely. That’s a really nice gesture. And I’m really glad that he suggested that and it’s really nice to see. I mean, even for just my parents and all her friends, it’s nice. It’s cool to have it in there. It’s just, it’s just neat.”

2.Cameos from The Justice Society of America

Aside from the actual roster (Hourman, Dr. Mid-Nite, and Wildcat), the show also dropped hints about Jay Garrick/The Flash via his iconic helmet. Moreover, in the front page of a newspaper, we see “Civic City News” based on Civic City, Pennsylvania, which is the home of the Justice Society of America from the source material.

3. That Legends of Tomorrow nod

With “Swan Thong”, the season five finale of DC’s Legends of Tomorrow, there’s a very noticeable shelf in one scene with S.T.R.I.P.E.’s helmet on it. There’s even a huge red finger pointing at the thing, so you just can’t miss it.

If you’re like us, chances are you’re probably dying to see an incarnation of the Green Lantern Corps that an unspeakable movie won’t butcher to death. Will there ever be a live-action version that will do our beloved green-clad space defenders any justice?

Fans may not have to wait too long for that to happen. Just as Arrow hinted at a possible Green Lantern via John Diggle, Stargirl also joined in on the fun via that Green Lantern ring in the JSA headquarters. Is it possible that we’ll finally get to see someone from the Corps, albeit a different version? At this rate, we’ll take anything we can get.

What are the coolest Easter Eggs for you so far?  Do you have any speculations about what’s in store for Stargirl in the next few episodes? Let us know in the comments below!