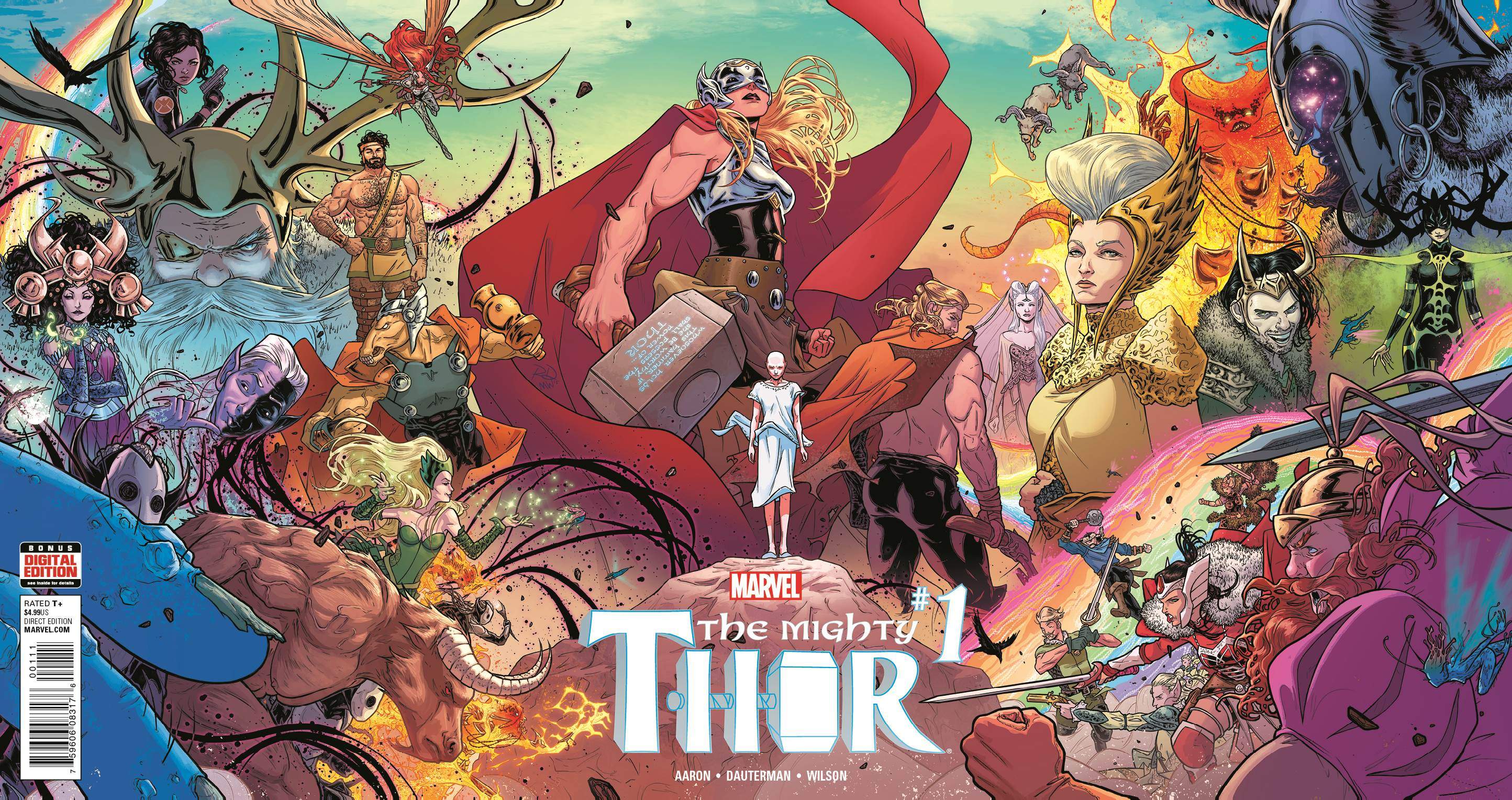 She’s back! Lady of the lightening! Countess of the thunderclap! Uh….seductress of storms? Ouch, that was painful. Anyway, Thor returns when The Mighty Thor #1 hits stands this November! Brought to us by writer Jason Aaron and artist Russell Dauterman, the adventures of Jane Foster, the new goddess of thunder, continue eight months after the events of Secret Wars in an all new, all different Marvel Universe! Stoked? Prepped? Excited? Positively electrified? Then check out The Mighty Thor #1 Preview below, as well a plethora of pristinely penciled variant covers! And check out the especially informative, official Marvel press release, located below the below!

New York, NY—October 20th, 2015 —This November, the lightning returns. Today, Marvel is pleased to present your new look at THE MIGHTY THOR #1 – the new ongoing series from blockbuster creators Jason Aaron and Russell Dauterman! Now is your chance to jump on-board the popular storyline of the new Thor as it charges headlong into the All-New, All-Different Marvel Universe! Her identity has finally been revealed as Dr. Jane Foster. When she lifts the mystic hammer Mjolnir, she is transformed into the Goddess of Thunder, the Mighty Thor! Eight months have passed since the end of Secret Wars – her enemies are many, and they are everywhere. As Asgard descends further into chaos, war begins to spread throughout the Ten Realms. Yet her greatest battle will be against a more personal and deadly foe – the cancer that is killing her mortal form. Be there as her story begins anew this November in THE MIGHTY THOR #1!