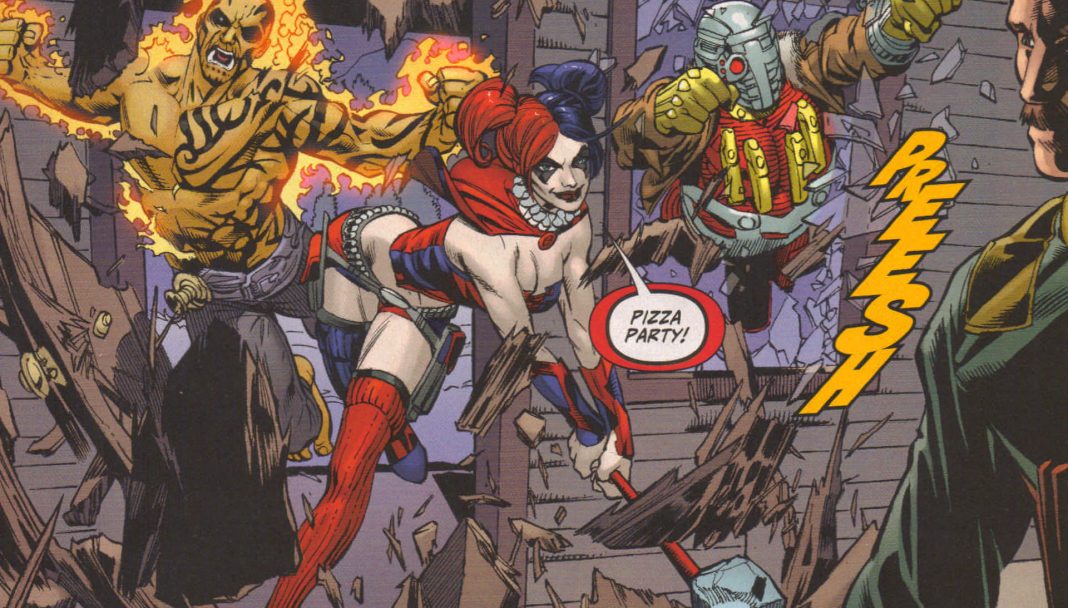 While most casual fans are very much aware of the Justice League, not everyone is privy to the members of the Suicide Squad. Whether you’re a newbie looking to know more about the bad guys doing good, or you just want to brush up on your already established knowledge on these psychopaths, here’s a quick, digestible list of five of the very best Suicide Squad storylines you should read before the movie comes out next month.

With the President’s assistance, Amanda Waller assembles Task Force X to go on missions like going up against the Jihad. Waller does the same kind of assembling in the movie, and in these issues, you get to see Boomerang, Deadshot, and the Enchantress in action.

I have to admit, even though I hated The New 52, the Suicide Squad relaunch was one of the storylines that I actually followed, at least for a while. This is the incarnation where Harley Quinn becomes involved with the Squad, which is especially integral since she’ll probably be a heavy influence on the movie (apart from her drastic change in fashion sense).

Speaking of Harley Quinn’s growing popularity, the character was supposedly created for Batman: The Animated Series. She rose to fame and became such a beloved character that they decided to include her in actual comic continuity, and this one-shot is the result of that. This is where we get to see her origins, including her odd relationship with the Clown Prince of Crime. This twisted but totally sad tale is a tragic love story, really—one that only Bruce Timm and Paul Dini could write best. And while you’re at it, check out the collection Batman: Harley Quinn because of Alex Ross. ‘Nuff said.

Because Hollywood bigshot Will Smith was cast as Deadshot, we’re pretty sure he’ll be playing a major part in the film. The Secret Six has always prominently featured a dysfunctional team of villains, and with Villains United leading up to DC Comics’ Infinite Crisis event, we get to see more of Deadshot and his psyche when villains take center stage. I absolutely loved this six-issue series when it came out in 2005—there’s no better story that shows you just what goes on from the bad guys’ point of view.

Are you all hyped up for the Suicide Squad movie this August? There’s still some time before the film comes out, so get reading, Puddin’!