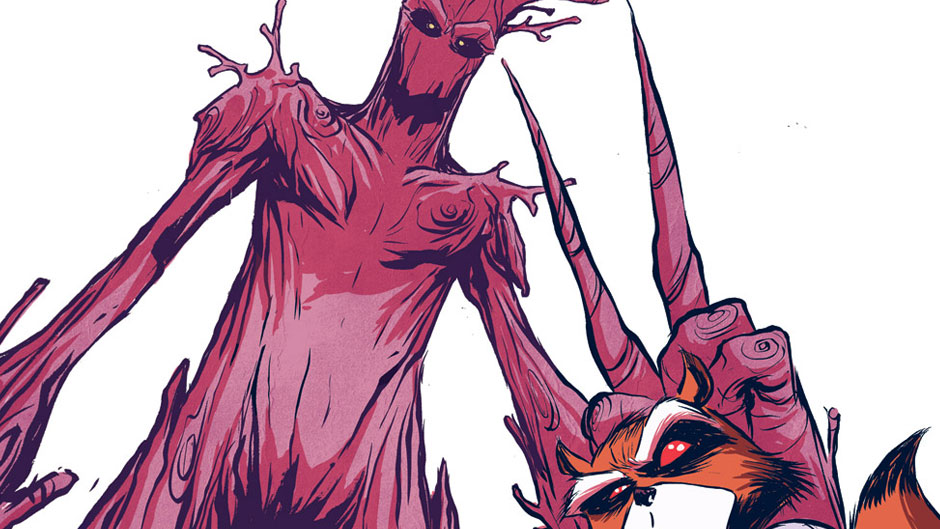 And we’re back with your weekly guide to help you spend those comic dollars burning a hole in your pocket. We have a mixed bag of goodies this week so hop aboard another Marvel heavy week and enjoy the ride!

When A-Force first debuted as part of Secret Wars, the creative team had to do a boat load of world building which kind of interfered with some of the team building and characterization. Well, now A-Force is shunted off into the Marvel Universe proper and the results are a bit more satisfying. Yet, A-Force #1 suffers from a troubling modern trend in team comics, the fact that in the first issue, there is no team. The first issue of this new female friendly series sees Singularity, an adorable and powerful character held over from the Secret Wars tie in, meeting the Marvel Universe versions of her former teammates. And while G. Willow Wilson seems to have the voice of her characters down, particularly Captain Marvel, the plotting and pacing seems haphazard at best as Singularity pops between character and set pieces. It would have been really nice to see a female team of Avengers fully assembled, but in this age of decompression, I guess we’ll have to wait. The issue was also predicated on the reader being familiar with the previous A-Force series as there was no clear explanation on who Singularity was or how she knew these female Marvel mainstays. Sadly, the quality of Wilson’s writing from Ms. Marvel is not fully on display here and I say that as a huge Ms. Marvel fan. None of this makes the book bad in any way, it was very serviceable.

Big picture: Marvel seems to really want this book to succeed and I look forward to seeing how this team of some of Marvel’s greatest women functions. Listen, I’m not going to not buy an Avengers book featuring Dazzler,’kay?

Skottie Young is back on Rocket Raccoon and Groot, but this time the master storyteller is only on writing duties for the new adventures of everyone’s favorite pair of anthropomorphic space swashbucklers. This new book pretty much picks up where Young’s solo Rocket Raccoon book left off. It’s a book that shouldn’t work, a Flash Gordon pastiche starring a tree and a rodent, but it does and it seems like the entire creative team is having a blast. The new storyline featuring a raccoon despot that may or may not be Rocket is a bit confounding, but the book is still often hilarious and very satisfying, especially the introduction of the stand-ins for Rocket and Groot. I won’t ruin the joke here, but it’s some funny stuff. Felipe Andrade is clearly a talented cartoonist but the book does suffer without Young on art as some of Andrade’s figures and backgrounds are a bit sketchy and unpleasant to look at, especially his renderings of the more human members of the Guardians of the Galaxy. But all in all, I hope Young stays with Rocket and Groot in some capacity forever.

Big picture: This is just more quality work by Young, and by the time it’s all said and done, I have  a feeling his run with Rocket Raccoon is going to go down in history as one of the highlights of this decade.

Joe Kelly and Ed McGuinness are back on Deadpool and they brought Spider-Man with them. This team-up book pretty much scratches every itch you want scratched by a book starring two of Marvel’s most humorous characters. The debut issue is chaotic, laugh out loud funny, and strangely poignant; Joe Kelly just has the voices of both characters down. And what can be said about Ed McGuinness; the artist is probably the greatest Deadpool artist to ever pick up a pencil and it felt so good to see him back on Wade Wilson. The dynamic between the two characters was way more engaging then it probably should have been as Marvel has a bromance book for the ages on its hands. The book centers on Spidey and ‘pool’ in the Dark Dimension of Dormammu – sort of, as by issue’s end, it seems like Deadpool does not have the most golden of intentions towards his new spider pal. There’s more than laughs (although there’s plenty of those) here as it is evident that Kelly has lost no zip off his fastball and still writes the best Deadpool in the business.

Big picture: 2016 is set to be a huge year for both characters so this is a well timed project that is as enjoyable as it is synergistic to Marvel’s 2016 slate of films. And it’s so good to see Kelly back on Deadpool.

Hey, remember Obi-Wan and Anakin? They were a big deal before the Force awakened. Charles Soule clearly remembers them and delivers a sci-fi yarn starring master and Padawan in the days between The Phantom Menace and Attack of the Clone. Despite gorgeous artwork by Marco Checchetto, this debut issue only seems like a fragment of a story as we only got bits and pieces on where this Old Republic era story is going. There’s a desolate pirate planet, battling dirigibles, and a race of people that never heard of the Jedi. For $3.99 it would be nice to experience a bit more story, but what is there is intriguing enough and it looks great. Most of Marvel’s new Star Wars comics are satisfying meals every issue, but with Star Wars: Obi-Wan & Anakin #1, it felt like my plate was taken away before I got done eating. But what was there was effective as Soule has a clear understanding of what makes these two classic Jedis tick.

Big picture: It’s nice to see Marvel delve into the Prequel era as some of the Expanded Universe prequel era stuff was way better than the films. Hopefully, this will be the first of many explorations into the rich past of Star Wars. Here’s hoping future chapters will be a bit more substantial.

Uncanny X-Men #1 is the third and final new X-Men book launched under the ‘All-New All Different Marvel’ banner. And you guys, it’s not good. Before I trash this self indulgent piece of graphic excrement, let me just say I adored Cullen Bunn’s Magneto and I was never a Greg Land hater. But this book, this book right here is just so backwards and wrong minded I was almost embarrassed to hold it. First off, the characters talk like fanboys doing a bad impression of Chris Claremont dialogue. In addition, there is no explanation as to why this diverse team has gathered. The book is decompressed to the hilt as all this team of edgy X-Men did this issue was save a bunch of mutants who were held in suspended animation form their human captors. The heroes came across not as bad-ass, but as teeth gnashing, semi-coherent bullies. And listen, Greg Land, it’s 2016; comics are everywhere and attracting a broad range of fans from all walks of life. It is not okay to draw an erect nipple on a super hero as she pulls a cheese cake pose in the middle of a battle for absolutely no reason. I thought this garbage was behind us. Anyway, Uncanny X-Men #1 read like someone trying to make fun of a bad 90s comic and really should be avoided. I guess I have to say something nice so let’s see, Nolan Woodard’s colors were really nice and there is an almost interesting Archangel sub-plot, but other than that, this is probably the worst comic I read this decade.

Big Picture: Looks like Marvel green lit one X-Men comic too many. With Psylocke and Magneto taking part in X-Men: Apocalypse, I hope no unsuspecting new or lapsed X-fan stumbles onto this book after enjoying the film. That will be one fan that will never pick up a comic again.

Len Wein, the co-creator of Swamp Thing, and Kelley Jones, one of the greatest Swamp Thing artists in history are back and the results are fantastic. Swamp Thing #1, while not breaking any new ground, feels like an awesome 1970s comics, a story that would feel right at home in House of Secrets or in Swampy’s own Bronze Age title. And the art, dear god the art; Jones was born to draw Swamp Thing. Every panel is like some kick ass primordial metal album cover and his Swamp Thing is equal parts terrifying and very human. Wein still knows his way around a script and proves again what a master of pacing and pathos he is. If you are a lapsed or old school DC fan, you got a treasure trove of quality creeps waiting for you with this one.

Big picture: Classic DC is good DC. It’s funny; Swamp Thing is usually the place for the next big writer to cut his or her teeth, so it’s pretty cool to see an experienced master like Wein do what he does best on a character he helped birth.