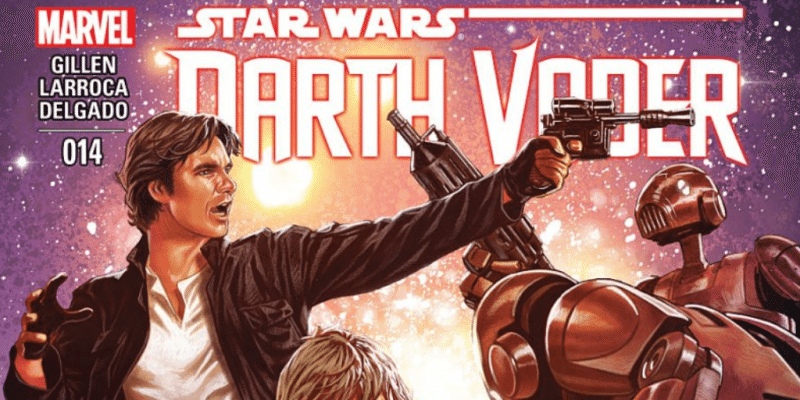 Let’s end the year with a potpourri of Marvel goodies to help you spend some of that Christmas money/Hanukah gelt. This week, we check in on a new series as well as keep you posted on the quality control of some of Marvel’s newer projects as they tick into their second issue and beyond. Before we get to the books, let me just wish all my readers the happiest and most blessed New Year. And with that – COMICS!

Patsy Walker: Hellcat follows the style and tone of recent mega-hits like Ms. Marvel and The Undefeatable Squirrel Girl, but writer Kath Leth does not try to reinvent the wheel with this new series. All the elements that make Patsy Walker so cool, from her Golden and Silver Age teen comic stories to her days as a Defender, are all here making this new book a perfect amalgamation of the modern and the classical. There is an element of cutesy humor but it’s combined with some timeless superhero tropes that will appeal to both the old school reader and the newer comic fan. The art by Brittney L. Williams is wonderfully cartoony that carries with it a depth of character, while the colors by Megan Wilson  give everything a vibrant, almost Silver Age feel. Fans of Charles Soule’s She-Hulk should especially dig this wonderfully fresh yet classical take on an old Marvel favorite.

Big Picture: Thanks to Marvel’s Jessica Jones, Patsy Walker is suddenly a character du jour. While there is none of the grittiness of Jessica Jones on this new title, Patsy’s unique position as a former Archie-like teen character turned superhero is on full display.

Star Wars: Darth Vader #14 has the distinction of being the first Star Wars comic published post-Force Awakens, and believe me, this issue will keep that Star Wars afterglow shining.  This issue features an unforgettable Leia versus Vader confrontation and also spotlights some Wookie on Wookie action as “Vader Down” rocks on. Gillen continues to deliver some of the best Star Wars action ever to appear in a Star Wars comic. The art is a sight to behold as Marvel’s Darth Vader continues to be one of the finest monthlies on the market.

Big picture: it’s hard to imagine that there is so much quality Star Wars in all forms of media these days; this makes it especially hard to discern an article of superior storytelling in a high quality, Star Wars-saturated market. However, I do have to point out that Star Wars: Darth Vader is definitely on the top of the heap.

I figured we should do a check in with Captain America, since there’s been some controversy over this title since its inception. Yes, there is a black man in the Cap suit. Yeah, the book does have a serious political bent, but you know what, it still feels like a classic Captain America story. There are many elements taken from the Mark Gruenwald Captain America run that are on display in this new title, from the emergence of a classical take on the Serpent Society to the unexpected inclusion of Cap-Wolf. The new Viper is a very intriguing villain yet still maintains ties to the Bronze Age; the book is loaded with plot threads and nods to many famous (and infamous) Cap moments. This is one of the purest superhero titles Marvel is currently publishing even if there’s a great deal of social commentary and political satire throughout.

Big picture: it’s a shame that many Cap fans will dismiss this book because of the man in the Cap costume; this is, in fact, a fun ride that channels many old school areas of Captain America lore. The only drawback is that, at times, the book is too beholden to strange bits of Cap history. For example, Sam Wilson as Cap-Wolf is very distracting to the rest of the very effective story. I mean, you’re really going to put a black man in the Cap suit and have him be a werewolf for a prolonged period of time? Cap-Wolf went over like a lead balloon the first time around, and while I appreciate the satire, some things should remain as a cringe-worthy historical footnotes.

While suffering a bit from story decompression, Moon Girl and Devil Dinosaur remains an absolute delight with a perfect melding of art and story to create a truly different Marvel reading experience. Not much happens in this issue as the whole thing pretty much focuses on Devil becoming acquainted with Lunella; he rampages across the city with the brilliant young girl in his mouth. But what is there is cute, funny, and like nothing else being sold right now.

Big Picture: if Disney XD isn’t trying to develop Moon Girl and Devil Dinosaur into an animated feature at this very second, someone is asleep at the wheel.

The adventures of a pregnant Jessica Drew continue to be a load of fun as Spider-Woman finds herself on the sidelines during a Skrull invasion. Of course, Jessica has a long history with the Skrulls, what with being replaced for a time by the Skrull queen and all, so this one is very personal for the mom to be. The art is pure superhero goodness with special care given to the hapless Drew’s facial expressions. It’s also refreshing to see a pregnant woman drawn realistically instead of just a normal figured woman with a round belly. Clearly, Javier Rodriguez did a bit of research. The supporting cast in Spider-Woman is one of the best in comics, and Dennis Hopeless has Jessica’s voice down to a tee. Add all this together, and Spider-Woman is ‘top of the pile’ stuff.

Big picture:  there’s still the overall mystery regarding Spider-Woman’s baby-daddy, but man, is this a fun book.