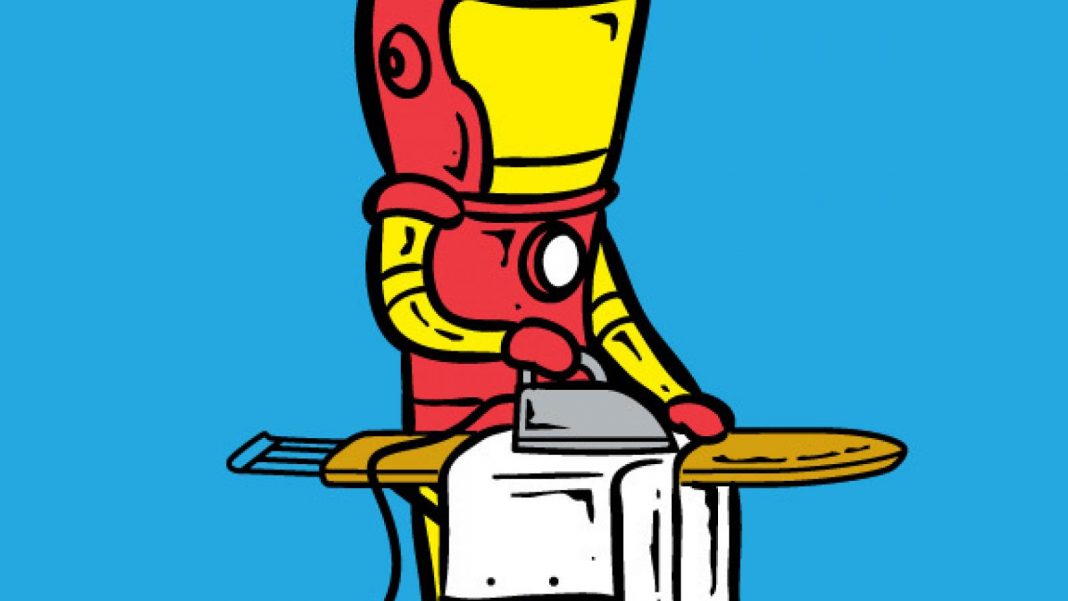 Because being a superhero is an often thankless job, our fave crime fighters have to resort to actual day jobs in order to, well, survive. Unless their superpower involves crafting stacks of Benjamin Franklins from the ether, how else will they pay their hospital bills for broken bones, and where else would they get the proper moolah to fund all those trips to the costume tailor shops? Here are some of the most common superhero day jobs that our caped defenders gravitate towards when trying to eke out a living between saving cats from trees, and trees from your tree-kicking Uncle Pete.

Superheroes love to teach so much that one of the most popular characters in the X-Men universe even has the actual word “professor” in his name. I guess I can understand just why the academe is so appealing—I mean, spending hours and hours of their lives (better spent sleeping, in my honest opinion) researching the mystical arts or karate or whatever it is they’re good at, and then imparting that same knowledge to eager youngsters is probably too good an opportunity to pass up.

Sure, being an educator might not pay them much, but superheroes like Charles Xavier (plus a whole lot of the X-Men, really), Jefferson Pierce, a.k.a. Black Lightning, and Helena Bertinelli, a.k.a. The Huntress, just love to mold minds when they’re not busy beating up the bad guys.

Where else can you get wind of the news firsthand but at the newsroom? Moonlighting as media journalists seems to be a favorite of mild-mannered superheroes—not to mention a favorite of superheroes’ love interests. After all, reporters spend so much time covering superheroes, it only makes sense that they’d get together; they’re practically going on a date already during interviews whenever there’s an intergalactic threat or the city’s being destroyed again.

As far as day jobs are concerned, we’ve got the ever popular Supes-slash-Clark Kent and photographer Peter Parker. Spidey’s nemesis Eddie Brock/Venom is also in the media, as well as love interests Lois Lane, Iris West, Vicki Vale, and Linda Park. Oh, and there’s Jimmy Olsen and J. Jonah Jameson, too.

Well, if you’re a crime fighter with no powers, then you’ve got to have funds—gazillions of it. Obviously, Bruce Wayne and Tony Stark are first to come to mind, but aside from Batman and Iron Man, there are plenty of other superheroes who get their thrill out of cosplaying at night, because being heirs to enormous fortunes and vacationing in Hawaii just aren’t enough. After all, CEO work is boring, with all the never-ending board meetings and the evil directors who never seem to stop scheming a hostile takeover of the company.

How else can you be as close to the action as possible? A career in law enforcement not only means that our superheroes can save lives in their actual day jobs, but it also means that they’re already first to arrive at the scene whenever something comes up. This also includes military personnel and non-government-sanctioned groups such as secret agents and spies, which pretty much means the entire Agents of S.H.I.E.L.D. is included as well.

Exactly what it is with mad scientists and doctors that have comics reeling with messy character origins, we will never know. But thanks to this most popular superhero day job, we’ve got a wealth of heroes and villains coming alive with each panel.

Early comic book creators probably thought that the easiest way to explain superpowers was to conjure up some scientific mumbo-jumbo that no one will question—or when everything else fails, there’s always your classic experiment gone wrong. It just goes to show you that no amount of intellectual scientific excellence can shield you from doing stupid things in the workplace. Granted that these superheroes got their powers from being absolutely terrible at their jobs (like Barry Allen opening a window during a thunderstorm or Reed Richards arbitrarily deciding to take an untested craft into space), they’re good at being superheroes, at the very least.

The list includes Ray Palmer/Atom, Reed Richards/Mr. Fantastic, Stephen Strange/Doctor Strange, Victor Von Doom/Doctor Doom, Hank Pym/Ant-Man, Barry Allen/Flash, Jonathan Osterman/Doctor Manhattan, Caitlin Snow/Killer Frost, Bruce Banner/The Hulk, Michael Holt/Mister Terrific…you know what? There are just too many to mention, and I haven’t even gotten around to the villains yet. It is the top comic book day job, after all.

Do you think we missed out on anything and anyone? Don’t agree with the number one job? Let us know what you think!