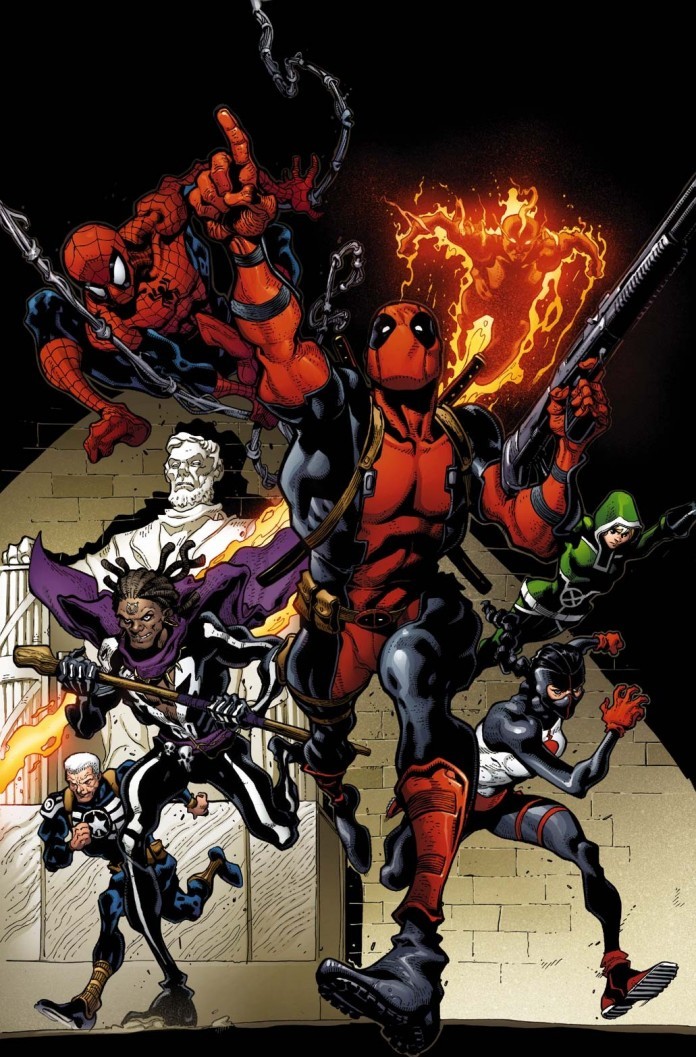 Oh, no…somebody got Deadpool in my Avengers! This press release from Marvel details their latest Avengers initiative involving the…um…Avengers…and…um…Deadpool? I guess Deadpool just has to be in everything these days but that’s okay because you guys love him and the Uncanny Avengers!

New York, NY—September 17th, 2015 —This October, it’s truly a team of Earth’s Mightiest Heroes unlike any you’ve seen before. Humans! Mutants! Inhumans! Deadpool! Yeah, we’re not kidding! Today, Marvel is pleased to present your first look at UNCANNY AVENGERS #1 – the blockbuster new series from Gerry Duggan and Ryan Stegman! It’s an All-New, All-Different Marvel Universe and Steve Rogers has assembled a new squad for the same purpose – unity.  Joining the man once called Captain America are Rogue, Spider-Man, the Human Torch, Doctor Voodoo, Deadpool, Quicksilver and newcomer Synapse. United under one banner, these seven heroes will stand shoulder to shoulder in the public eye – a shining beacon of cooperation between human, inhuman and mutant alike. But with a dangerous new villain on the prowl, the bonds of this untested squad will stretched. Are cracks in the unity squad already beginning to form? Find out this October in the explosive debut of UNCANNY AVENGERS #1!