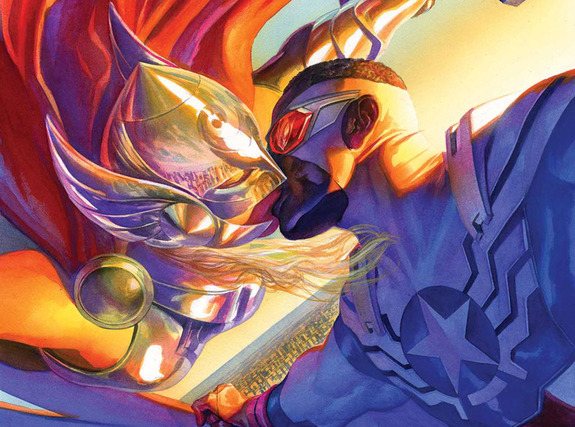 Another week and we have more Marvel goodness. This week, we take you on a tour of the length and breadth of the Marvel Universe as we look in on gods, mutants, and heroes. Along the way, we’ll hopefully guide you on where to spend your hard earned comic dollars. So hop on, and enjoy this week in comics! 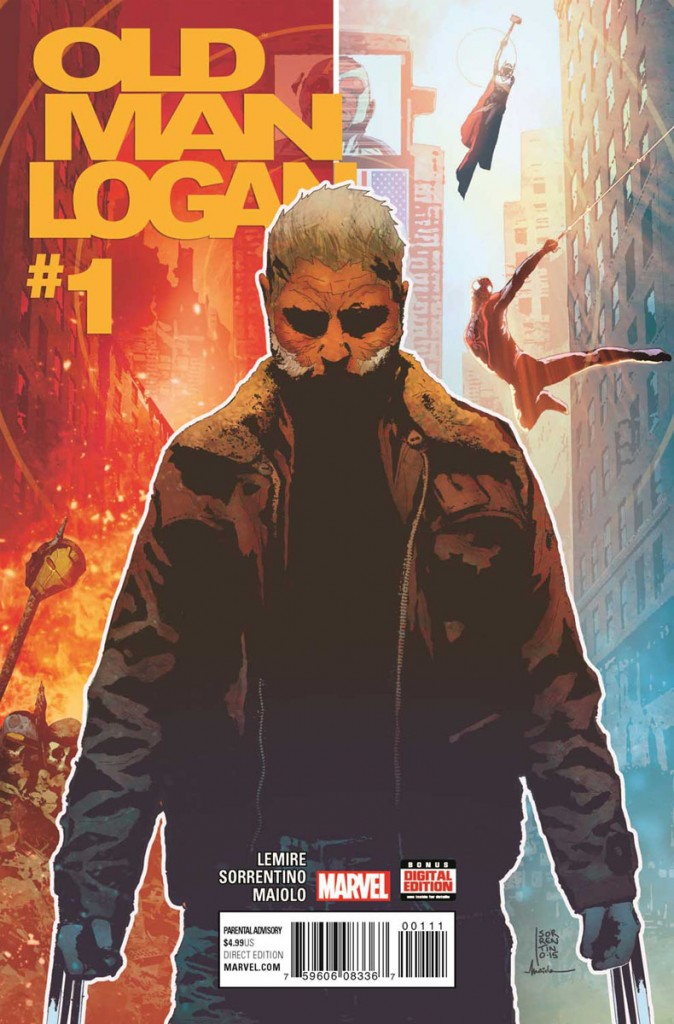 Guys, this one’s good. This one’s very, very good. “Old Man Logan” #1 could have been self indulgent and purposeless, but it truly serves as a sequel to Mark Millar and Steve McNiven’s classic dystopian Old Man Logan. This first issue serves a twofold purpose: one, it seamlessly integrates the elder Logan into the Marvel Universe proper and it gives this time lost character a new mission and purpose. What’s the purpose, you ask? Well, you’re just going to have to read the issue which will not be too odious a task because Andrea Sorrentino is one of the most dynamic artists in modern comics. Really, the whole issue is one giant tribute to old school Frank Miller totally and it sold me on the concept of Old Man Logan surviving outside the original series.

Between this and Old Man Logan, it seems that Jeff Lemire is the go to X-guy these days. So let’s check in on the flagship X-title, Extraordinary X-Men.You know what I like about this title? It feels like an old school X-book. It has a balance of a large amount of characters facing extraordinary threats while balancing it all with a very soup opera-like atmosphere of interwoven relationships. This issue explores more about the older Bobby Drake coming out of the closet along with some other interpersonal X-dynamics. Lemire lets all the members of his squad shine as they deal with some odd ball threats. This month, like seemingly every Marvel character, the X-Men are in Weirdworld and it reminds me of those old school excursions into the Savage Land.

Big Picture: We’re not breaking any new ground here, but with so many writers trying something new and different with the X-Men over the past decade, it’s refreshing to get to experience this back to basics approach by one of comics’ modern masters.

All New All Different Avengers #4

Well, I guess we have to cover this one, huh? Now, that is some troll-baiting cover, huh? If you have any issue with this cover, you should probably reexamine your belief system. So we have a black Captain America kissing a female Thor. And yes, this does happen in the book, and you know what? It really captures the specialness of this new Thor. Waid captures the spirit of Thor as a sensualist, as a woman just trying to get the most out of her life. Remember, this Thor is Jane Foster, a woman dying of advance cancer, and Waid really defines her as a woman trying to squeeze the last bit of joy from her life before it’s all over. So she lip locks Sam Wilson because kissing Captain America is cool. It’s a fun moment. The rest of the issue sets up this new team dynamic and my only complaint is that this new core team of Avengers has still not faced any real, A-list threats yet. Cyclone? Really?

Big Picture: This book is coming together nicely with some fun moments but with the talent involved and the really fun cast that talent has put together, I’m disappointed I’m not more in love with this book.

Marvel recently dumped a boatload of new titles on the market causing some of the more left of center titles to get lost in the glut. Hercules is just such a title. With the co-creator of Guardians of the Galaxy Dan Abnett bringing his A-game, I am really loving this unique take on belief, godhood, and courage. Who ever thought Gilgamesh would become an intriguing Marvel character, but here it is, and believe me, Gilgamesh’s story takes quite the turn this issue. Abnett has introduced a great cast, a fascinating threat, and a sense of adventure and humor to a hero that is often overlooked by Marvel fans. Plus, Luke Ross’s art is just perfect for this kind of story, providing a combination of modern bombast and classic super-heroic draftsmanship.

Big Picture: A few years back, writers Greg Pak and Fred Van Lente presented Incredible Herc, one of the most fun books of the last decade. This Hercules series follows in Herc’s tradition and I beg you not to overlook this gem. It really has this great American Gods vibe to it.