Home COMICS What You Need To Know About DC Universe Infinite

DC is getting rid of its old comic subscription service by replacing it with something more infinite—DC Universe Infinite, to be precise. Launching on January 21, 2021, DC Universe Infinite is the new re-brand for 2018’s DC Universe, boasting of a huge expanded library of comics as well as digital firsts for subscribers. DC fans will also get more exclusives especially since the library will be accessible to fans all over the world.

Just how big is that comic book library going to be? DCUI will have a whopping 24,000 titles during its launch alone, and six months after the initial release, new titles will be added to the ever-growing roster of comics. DCUI will fastrack new content to make sure that subscribers get their money’s worth. They will also be provided with exclusive member access to a wide variety of special DC fan events. You can make your own reading lists, and access comics from Android or iOS as well. 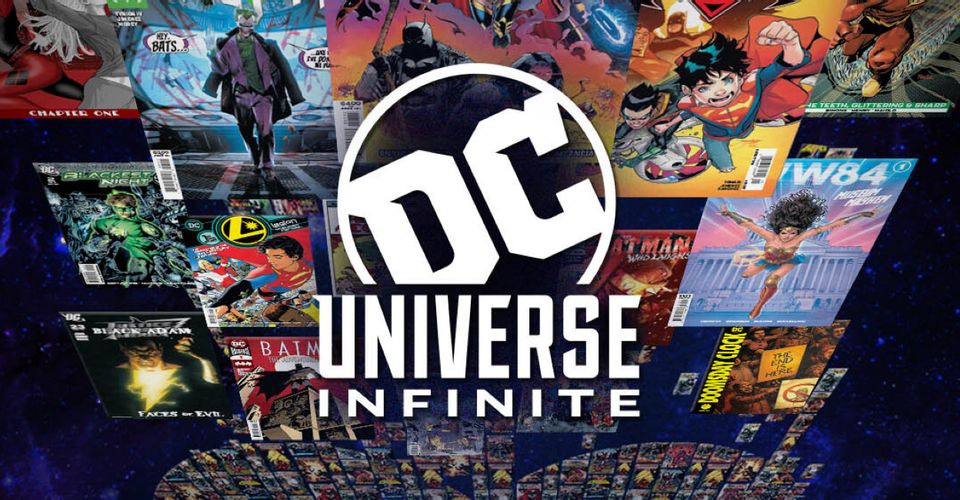 Now, before current DCU subscribers start complaining about making the change, you’ll be happy to know that you won’t even have to lift a finger—subscriptions will automatically update to the DCUI service next year, and the pricing will remain the same. Rates will still be $7.99 every month or $74.99 annually. To celebrate the big move, they will also be offering a $25 voucher to the DC Shop for those who sign up to the service with a yearly plan. Fans who choose to go the monthly route will be given a $10 voucher.

For a limited time, fans can add HBO Max to their subscription if they want to for just a small additional fee of $4.99. This gives you access to shows like the Harley Quinn series, Titans, and Doom Patrol.

“Our fans love the platform’s robust library of comic books and, with the transformation, we will not disappoint,” says Chief Creative Officer Jim Lee. “I’m excited to share that not only will DC Universe Infinite members still be able to read all of the great comics that they’ve enjoyed but new issues are debuting on the platform quicker than before, digital first exclusives are being created, and the members-only events will begin as soon as possible. There has never been a better time to be a DC fan!” 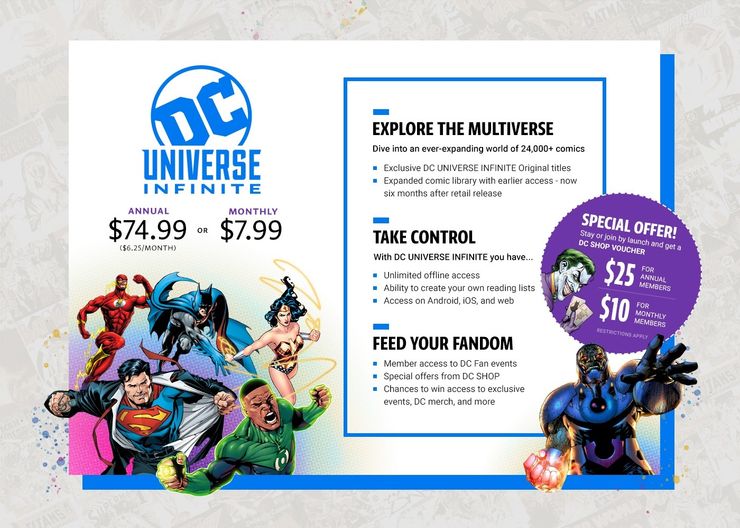 Of course, Marvel fans can have the same experience over at Marvel Unlimited, with a subscriber fee of $9.99 every month or $69 every year. A new exclusive kit at $99 per year includes a limited edition Hasbro Marvel Legends Ms. Marvel: Spider-Man costume figure, two variant comics (Iron Man #1 John Tyler Christopher Blueprint Variant and Iron Man #2 Salvador Larroca Variant), an Iron Man: Unmasked by Skottie Young pin, and a Stark Unlimited Logo Patch. There’s a 7-day free trial too if you’re still on the fence about it.

Overall, it’s a great time to be a comic book fan, no matter which company you’re into!