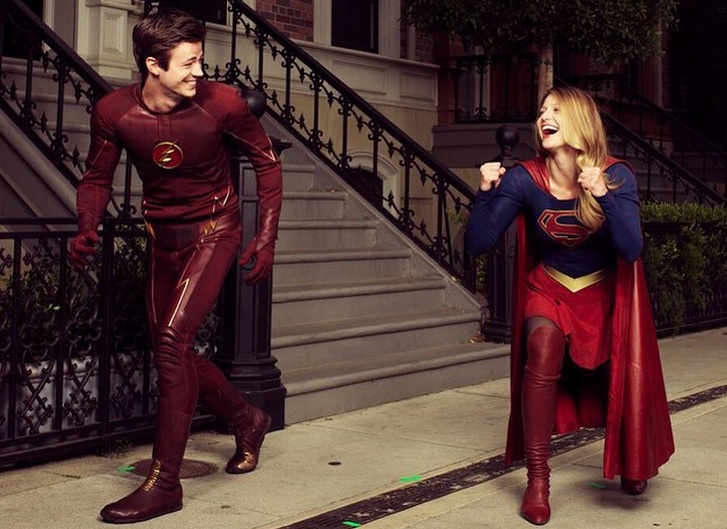 So, unless you took a sabbatical on the shattered remnants of Krypton, or lost yourself in the Speed Force clamoring for one more look at your murdered mother, you’re probably aware of the forthcoming Flash/Supergirl crossover occurring March 28th, 2016! Yes, universes separated by legal restraint and potential copyright infringement have rammed headlong into each other at the behest of furious fandom! The Flash and Supergirl are getting together, racing, fighting crime, sharing ice cream and…uh…fighting crime! Want to celebrate? Yes? How should we go about enacting said celebration? Why, by getting yourself these EXCLUSIVE Supergirl and Flash T-shirts!

Ok, so one little caveat: they’re actually not here yet, BUT we have them on order; they’re arriving late February or early March. Trust me; you’ll have them in plenty of time for the Flash/Supergirl crossover/team-up/cooperative effort.

Remember this one? This is the very same t-shirt worn by appreciative, Flash-loving citizens of Keystone city during their annual ‘Flash Day’ celebration! Remember that from episode 1 of season 2? No?? BOOO! 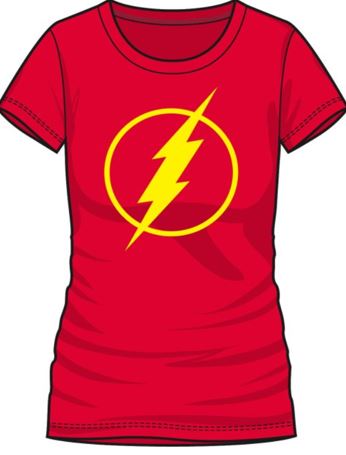 And this is what you missed when you napped during Flash Day! 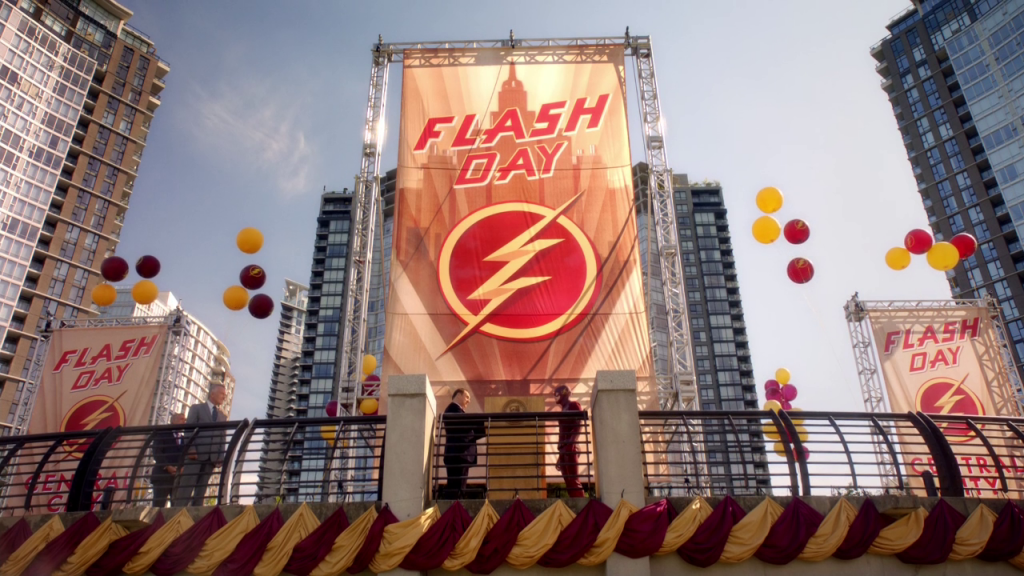 Just look at the similarities between our Supergirl t-shirt and Supergirl’s actual super-top!

Get ready for universes colliding, heroes meeting, and Oliver Queen grimacing when Barry tells him all about the flying female Kryptonian immune to any and all trick arrows.