Home GEAR Check out the Joker For President T-Shirt! 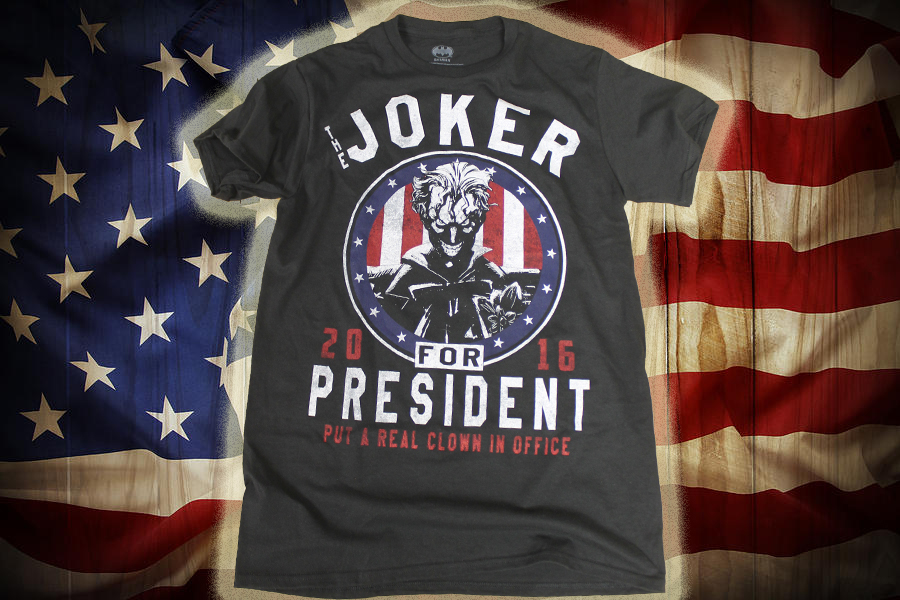 Yes, it’s the Joker For President T-Shirt! Stop rolling your eyes; with the likes of Donald Trump running for President, why wouldn’t the Joker be a potential candidate?? I mean, he would absolutely LOVE to close all means of ingress to America, but not to stop the inflow of potential terrorists. Oh, no; it would be to KEEP US ALL FROM ESCAPING while he released millions of Joker-fish into the water supply and turned America into a GIANT WASTELAND populated by giggling, pale-skinned psychopaths! Ahem. So, if that’s the kind of America you’re hoping for, I implore you to purchase this AMAZING Joker for President T-Shirt and show your support! OBSERVE!

It’s black! It’s made from 100% cotton! It features a call to arms demanding the Joker be considered for the presidency!! Would a Joker-run America really be that bad? No, it would absolutely not be. Are you a fan of looting? So is Joker, and he’ll be instituting a series of bi-weekly, mandatory public lootings in cities all across the good ol’ U.S.A. It’s a very healthy, cathartic exercise in cleansing one of pent-up rage and usually stifled, violent urges. Thank you, President Joker!