Thanks to Twitter, Paul Feig has finally shown off the 6 inch versions of the controversial new Ghostbusters cast. No stranger to internet vitriol, Feige is quite proud of his next movie and has nothing but confidence that the general audience will enjoy his film despite what internet critics may have to say. Personally, I’ll resolve judgment till I see it and I’m a huge Ghostbusters fan. I think a component of my life is based off of Egon’s character and you don’t see me flipping out! Hopefully I get to see some Vigo the Unholy though, considering I work next to him. Seriously. So without further ado, here is said image of our brand new Ghostbuster figures!

There you have it! What do you think? I kind of like the new costumes but we shall see, no? Ghostbusters (2016) stars Kristen Wiig Melissa McCarthy, Kate McKinnon, Leslie Jones, Chris Hemsworth, Neil Casey, and Andy Garcia. According to the mighty Wiki, “Erin Gilbert (Kristen Wiig) and Abby Yates (Melissa McCarthy) are a pair of unheralded authors who write a book positing that ghosts are real. A few years later, Gilbert lands a prestigious teaching position at Columbia University, but her book resurfaces and she is laughed out of academia. Gilbert reunites with Yates and others when ghosts invade Manhattan and she and her team have to save the world.” 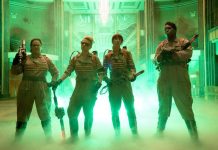 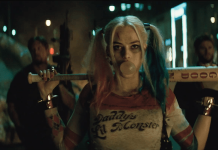