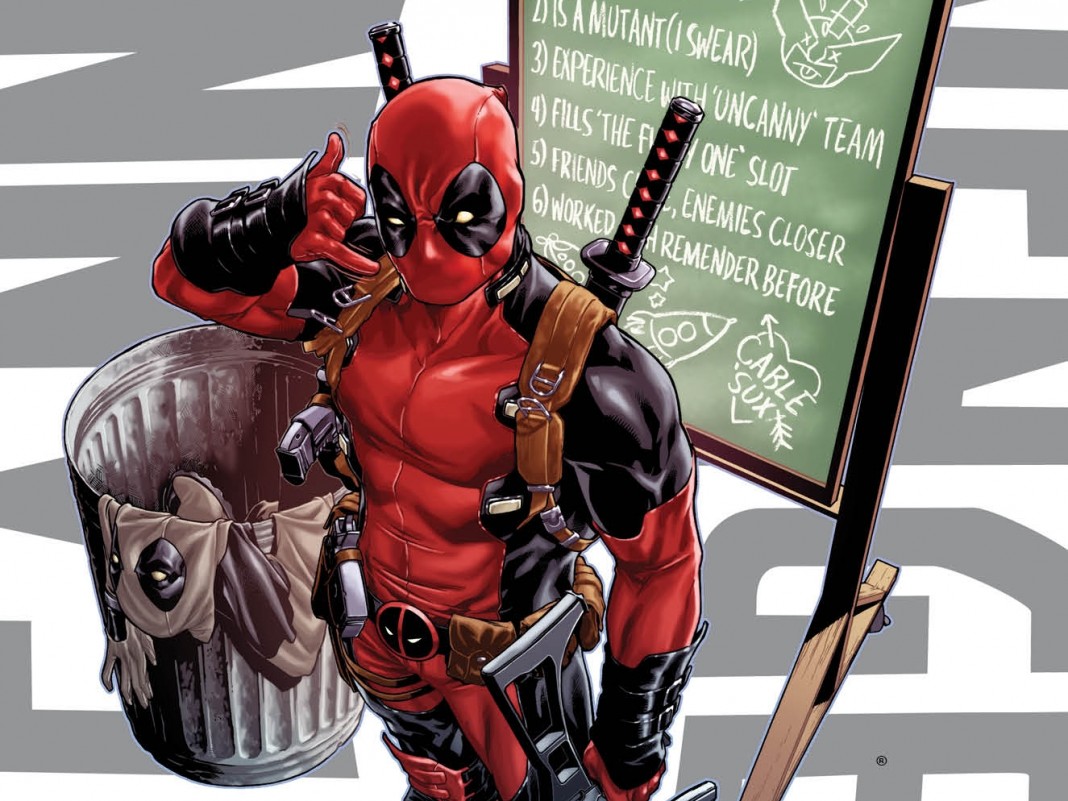 SORRY! THIS CONTEST IS OVER!!!!

YES! We’re doing it…AGAIN! Why? Because you had such an AMAZING time misspelling your name and entering it into the name-eating robot who, unfortunately for you, is NOT EQUIPPED WITH SPELL CHECK! No, it’s really not. So, for those of you named Thaddeus who entered the name “Theghdmerus,” and for those of you named Thomas who hastily entered the name, “ThomHamsandwich,” the chances of you being chosen by our arbitrary, name-choosing (who is also a name-eating) robot were…slim. Very, very slim. Because of this, I’m giving you another chance to….

A). Spell your name CORRECTLY this time (F**KING IDIOTS!!!!)
B). Win yourself a FREE Deadpool t-shirt featuring me, the handsomest, sword-handling head-separator…DEADPOOL! YEEeeeeeAH!

Now, which super-awesome Deadpool t-shirt will you be winning (or not wining)? Does it matter? Really? Fine; enter your name and maybe you’ll win the Deadpool Has Too Many Issues 30 Single T-Shirt. Maybe. You have the stink of a consummate loser wafting behind you, so I wouldn’t expect positive results.

Now, let’s take a look at this Deadpool t-shirt. See what it’s doing?? It’s a play on words!! Yes, I have many, many psychological issues, BUT…I also have quite a few comic book issues. Because of this unique relationship – a surplus of psychoses and a severe lack of shelf-space – I currently carry an inordinate, collectible amount of ‘issues!’

So, starting now and up until 12pm on 2/9/2016, you can enter your information once a freaking day to win (or not win) this amazing, always-the-alpha and never ancillary Deadpool t-shirt!