Home GEAR Get Ready for Daredevil Season 2 with the Daredevil Sublimated Costume Fitness... 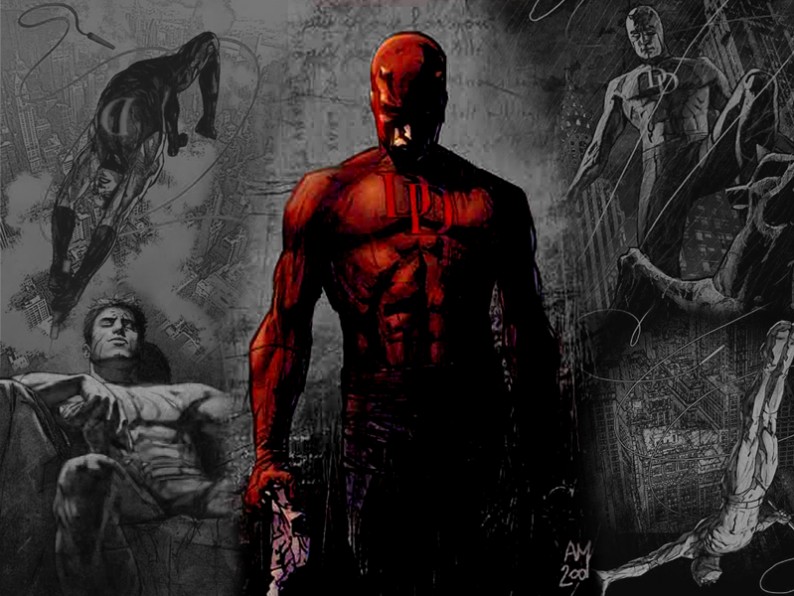 Yes, Daredevil Season 2 hits Netflix 3/18/2016, and we CAN’T WAIT to see Daredevil return to our very large HD televisions and beat the living crap out of street level thugs, and a certain tactically ambitious, skull-adorned, vengeance-seeking vigilante. Oh, you’re not sure who I’m describing? I’m describing the Punisher! Uh-DUH! So, until Daredevil returns to TV, I’m positing this particular pastime to entertain yourself: dress up like Hell’s Kitchen’s religiously tangled protector with the Daredevil Sublimated Costume Fitness T-Shirt! Observe!

Okay, now that you’re wearing it (because you actually believe my suggestion has some merit), I recommend that you DO NOT engage with the criminal element in your hometown. Nor do I suggest you seek out a military veteran and demand he surrender his guns to the local police precinct. Mommy’s little comic book fan might not live through the week if he thinks a costume t-shirt suddenly makes him a superhero.