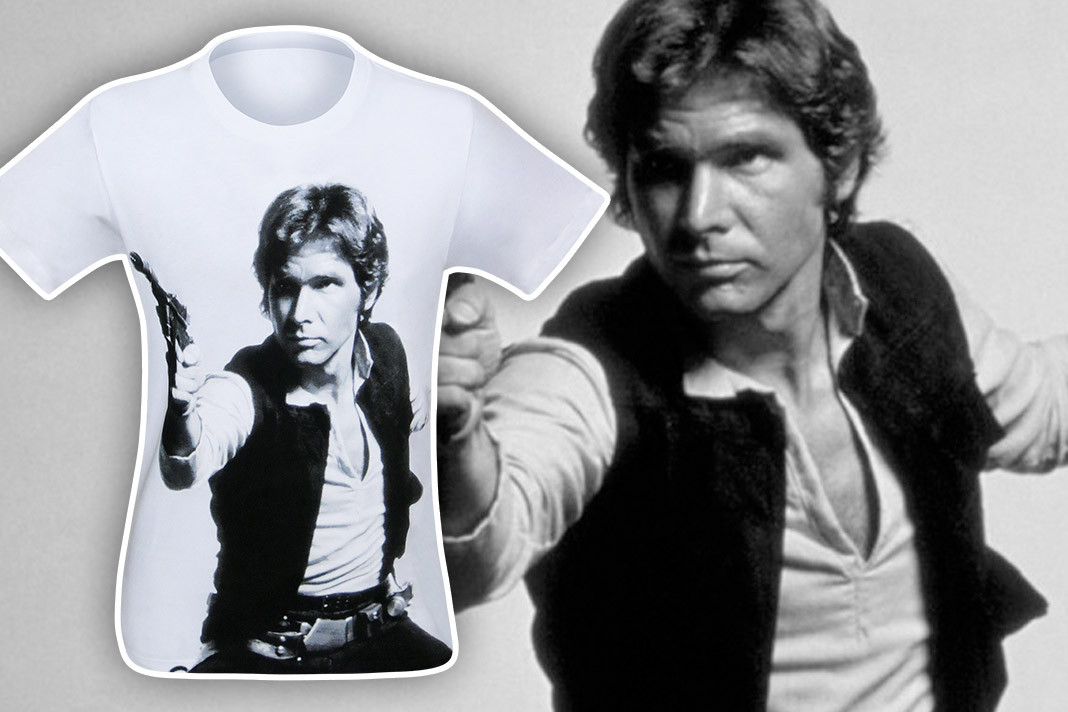 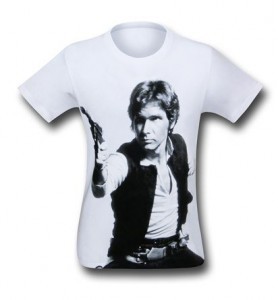 You better hope no bounty hunters see you wearing the soft-as-an-Ewok 100% cotton Star Wars Han’s a Blast 30 Single T-Shirt or else they’ll try to get the jump on you because as we all know; Han Solo always shoots first. I see that look in your eye…don’t you even bring up the special editions, okay? We don’t talk about those. We talk about the exceptional Star Wars Han’s a Blast 30 Single T-Shirt which has a fantastic, slightly fuzzy image of everybody’s favorite nerf herder. That’s probably motion blur from Han’s cat-like reflexes and gunslinger draw! Get this tee now »

Do you think Han Solor or Greedo shot first? The correct answer is Han Solo…but you can tell yourself whatever you like. I’d bet my Millennium Falcon on that…if Lando hadn’t stolen mine and sold me out to Jabba the Hut.