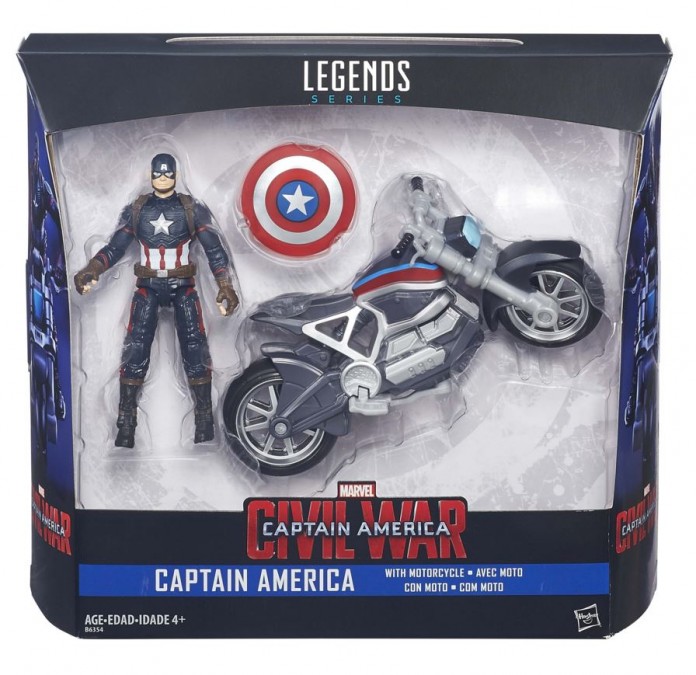 Recently, our friends at IGN gave us a first look at HASBRO’s forthcoming batch of Captain America: Civil War action figures. YAY! So, you want a closer look at your favorite Marvel Characters in fully-posable, action figure form? We have you covered. Want to act out your very own epic superhero battle for the fate of personal liberty and unchecked vigilantism? Here’s your chance. Ok, that’s enough out of me. Let’s take a good look at some AWESOME Captain America: Civil War action figures and toy-sets!

What else? Hasbro will also be releasing Marvel’s Captain America Civil War 3.75 Legend Series, which will include Captain America on his Motorcycle and Falcon with Flight Tech and his good friend, Redwing.

When will we see these figures hit shelves? Well, there’s no specific date, but they’ll definitely be available before the film hits theaters May 6th, 2016!