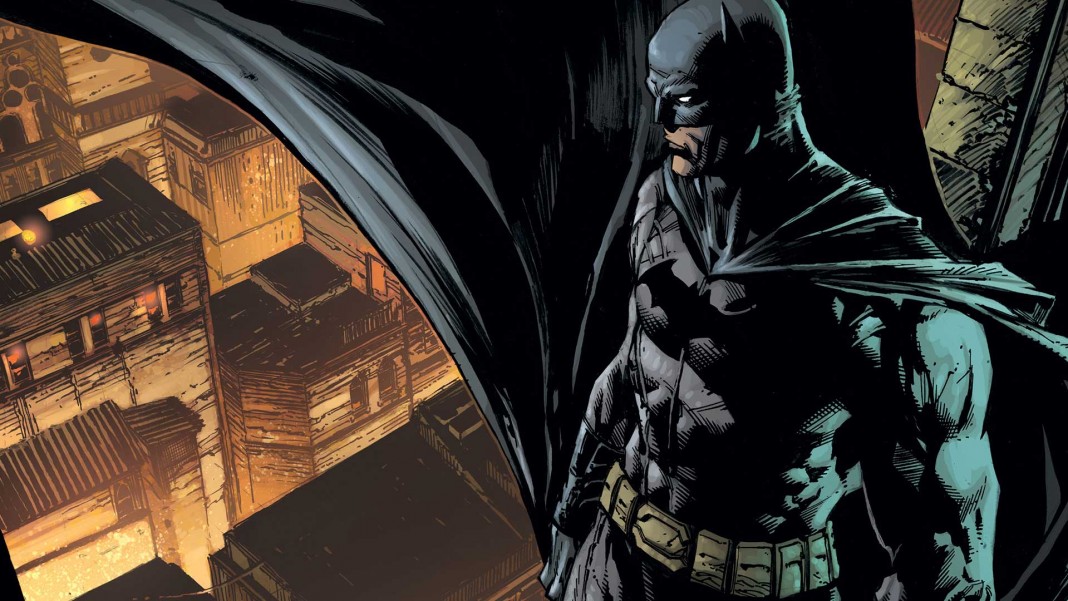 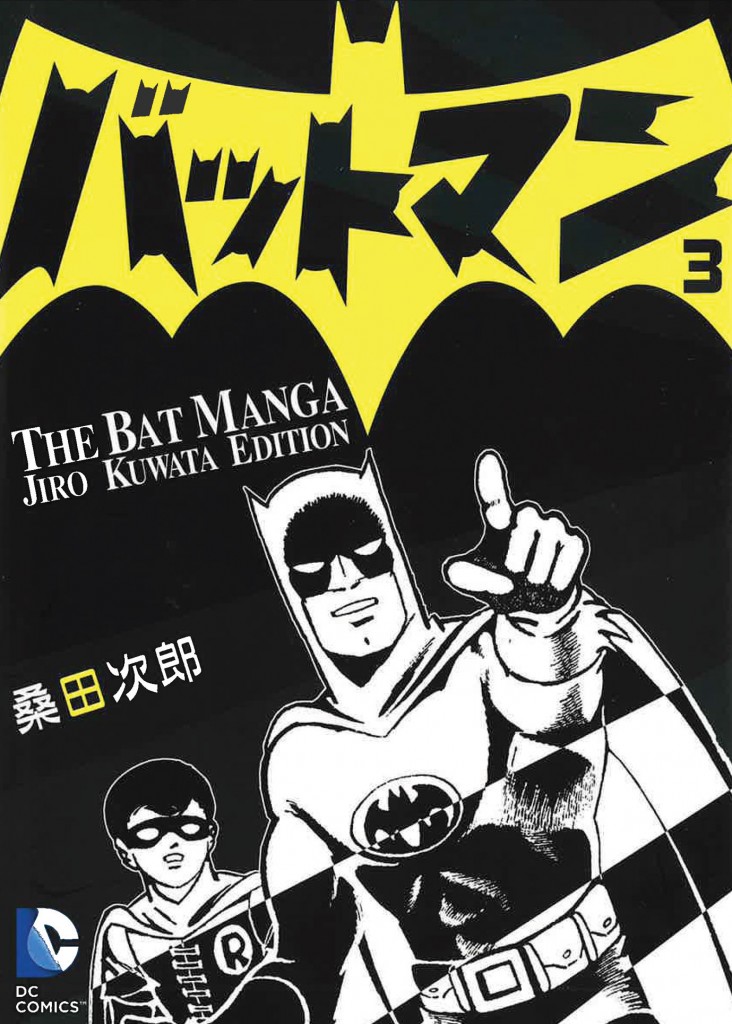 Jiro Kuwata’s classic take on the Caped Crusader continues! In this final BATMANGA volume, Batman and Robin take on villains including Planet King—a criminal with seemingly infinite powers, plus the Robot Robbers, Clayface, Catman and more! 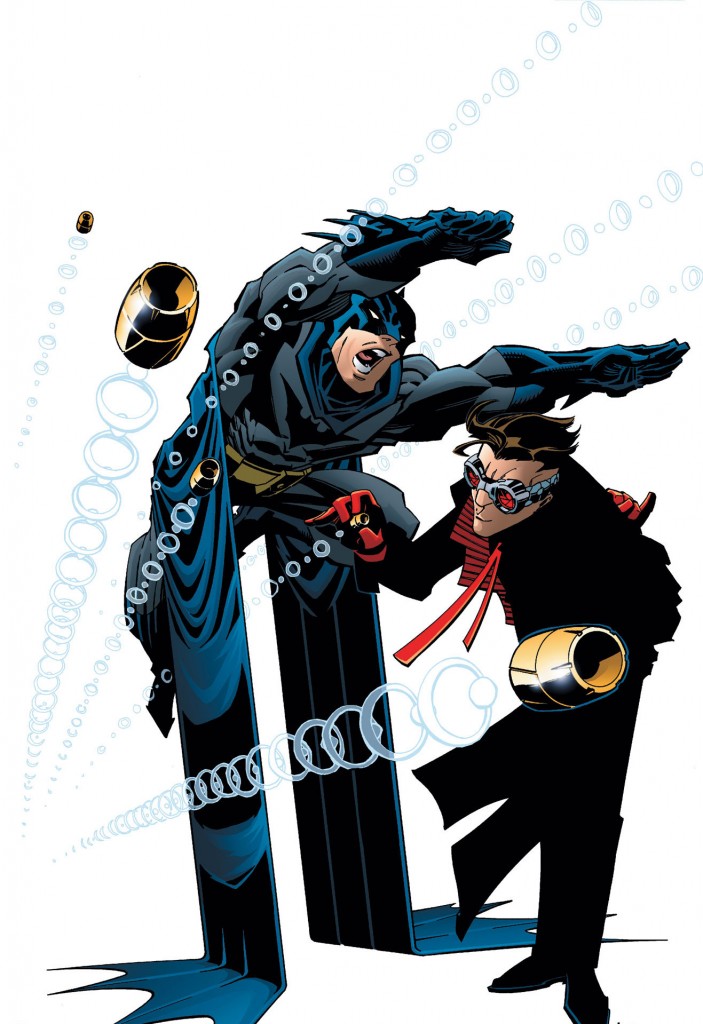 Ed Brubaker’s legendary run on Batman is collected, starting with stories from BATMAN #582-586, 591-594 and BATMAN: OUR WORLDS AT WAR #1, in which the Dark Knight faces The Penguin, Deadshot and more! 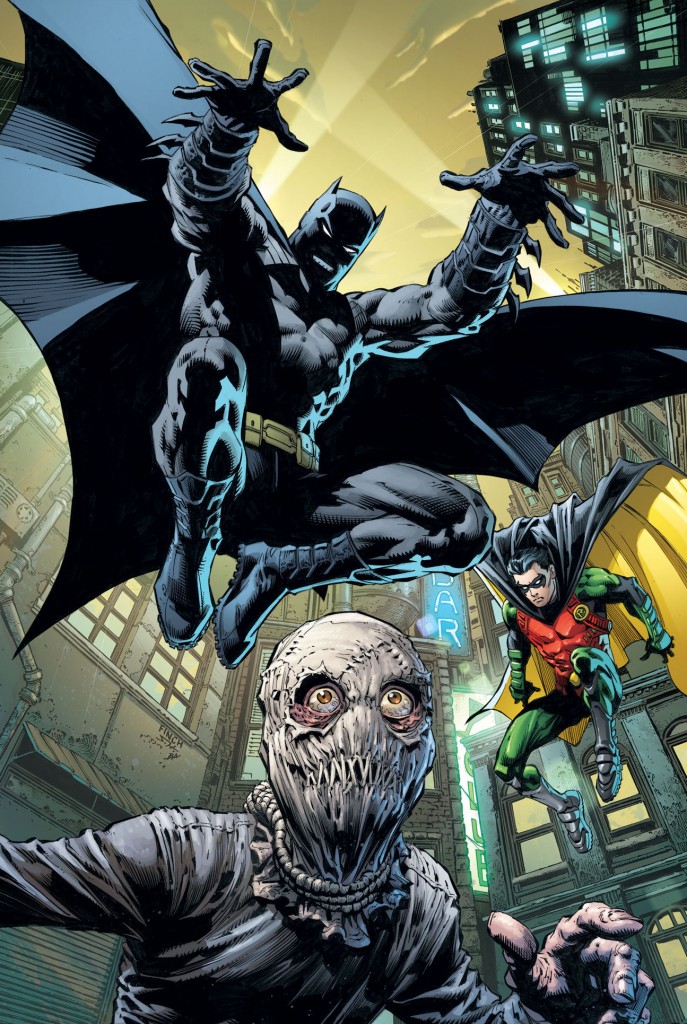 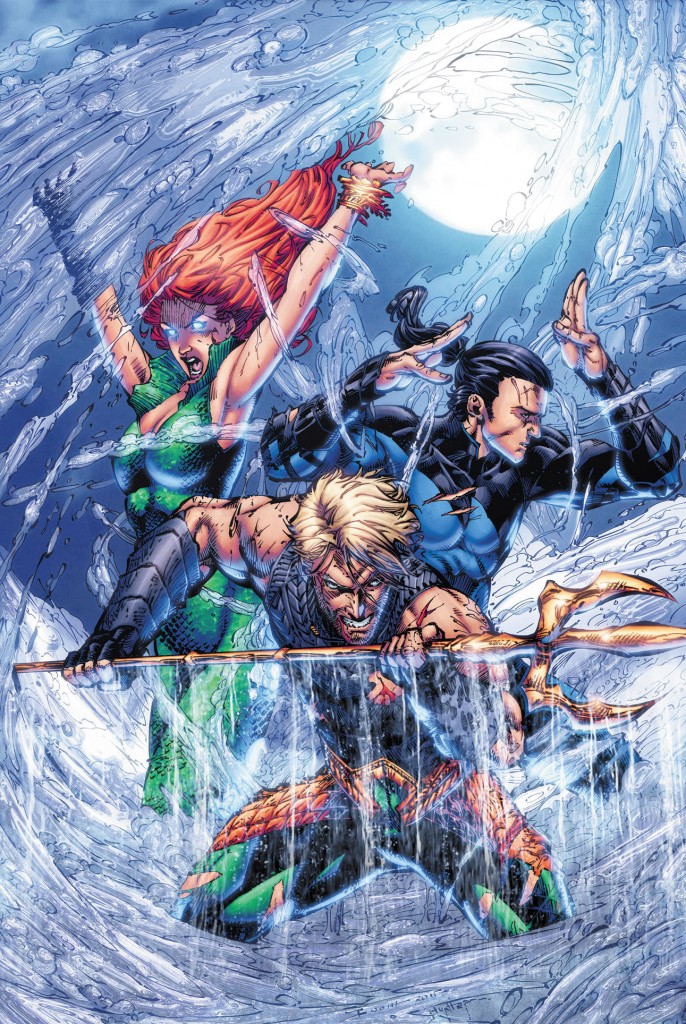 The massive conclusion to Arthur Curry’s exile from Atlantis is here! Can Mera escape from her treacherous sister, Siren? Will the other-dimensional refugees of Thule be rescued? 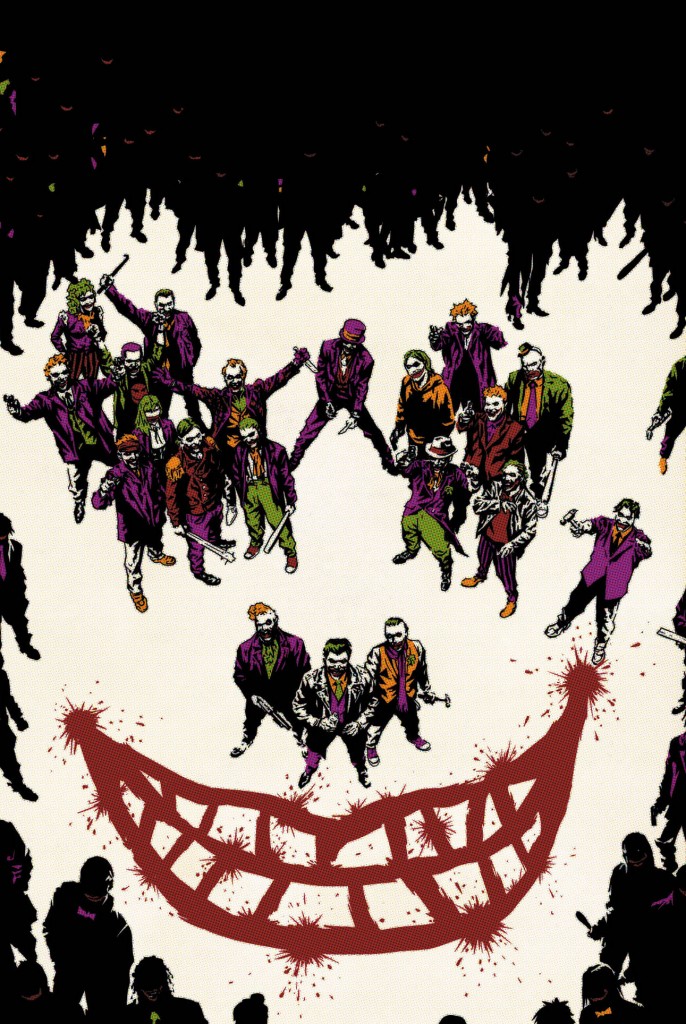 The Omega Men are back as their space-spanning series continues! The team’s mysterious plan for Kyle Rayner reaches its shocking endgame when the outlaws bypass the energy shield surrounding the off-limits world of Voorl! In doing so, will they discover the true cost of life in Vega? 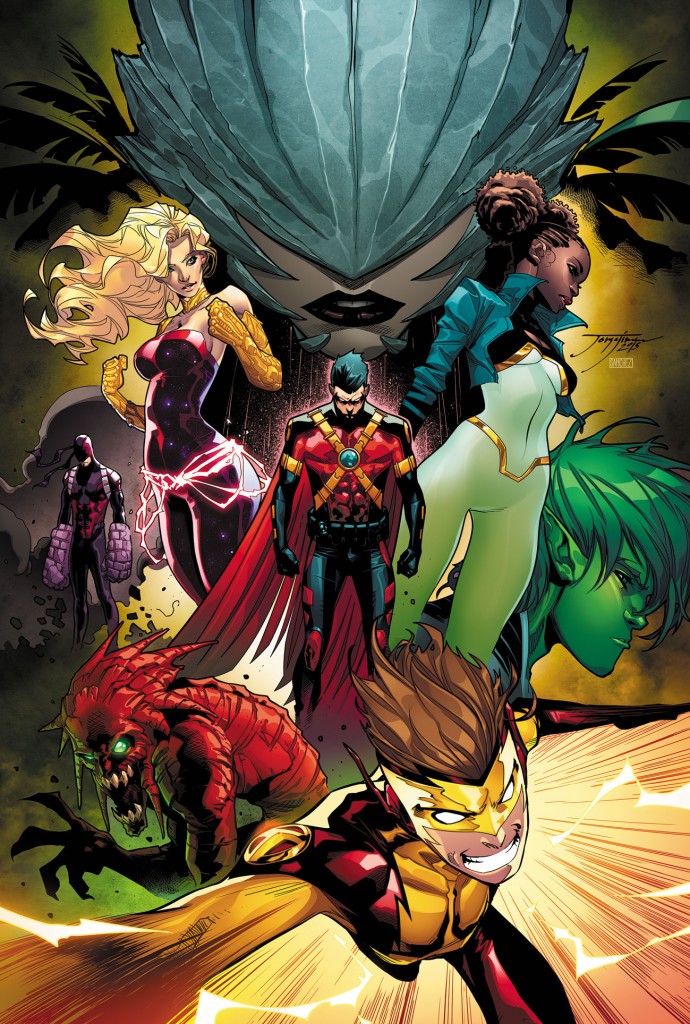 While the Teen Titans try to deal with the aftermath of the Robin War, they search for a new direction. Can Red Robin hold the team together? 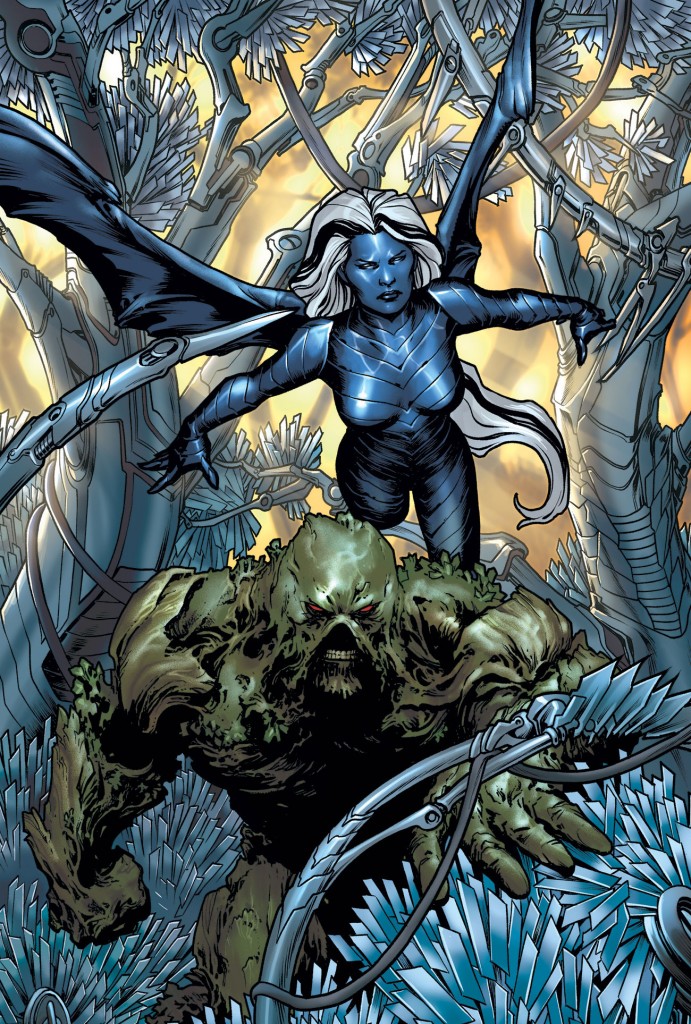 In these stories from issues #35-40, ANNUAL #3 and SWAMP THING: FUTURES END #1, Swamp Thing is about to meet the avatar of a whole new Kingdom whose impact on the lives of all runs deep: the Machine! But Alec Holland has a humanity the Machine Kingdom lacks, and that gives him an edge! Still, no man—not even a plant elemental—is an island, and Swampy must seek out his true love, Abigail Arcane. 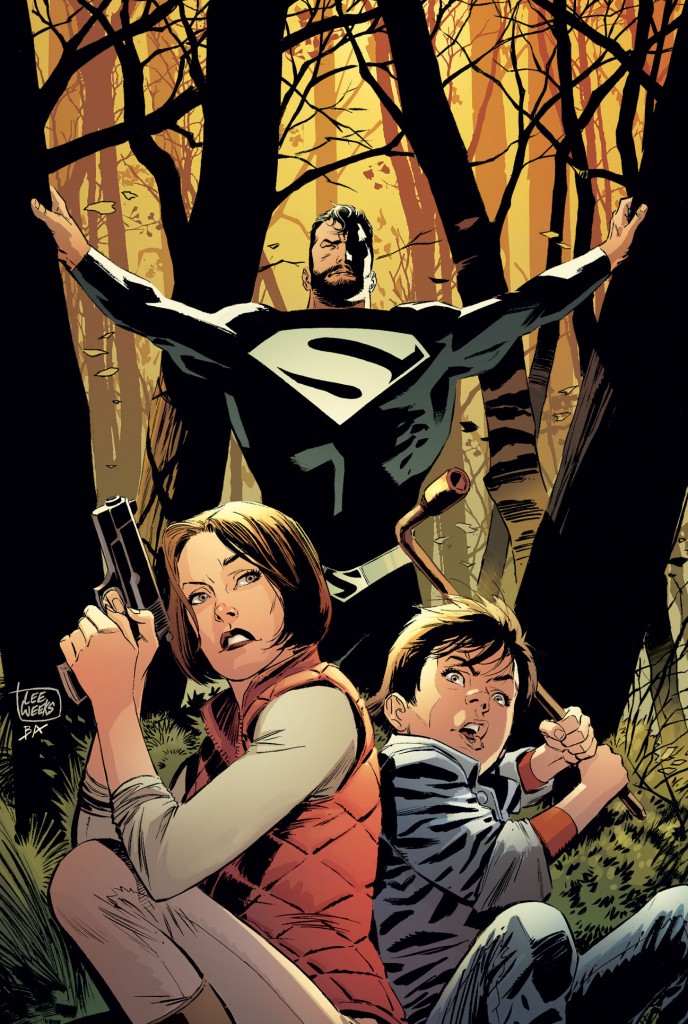 The mysteries surrounding Lois and Clark are just starting to unfold! In this issue find out what happened to the man who would have been the Cyborg Superman! Learn what else is hidden in this Superman’s Fortress! And discover why Lois gave Clark his new, black uniform! 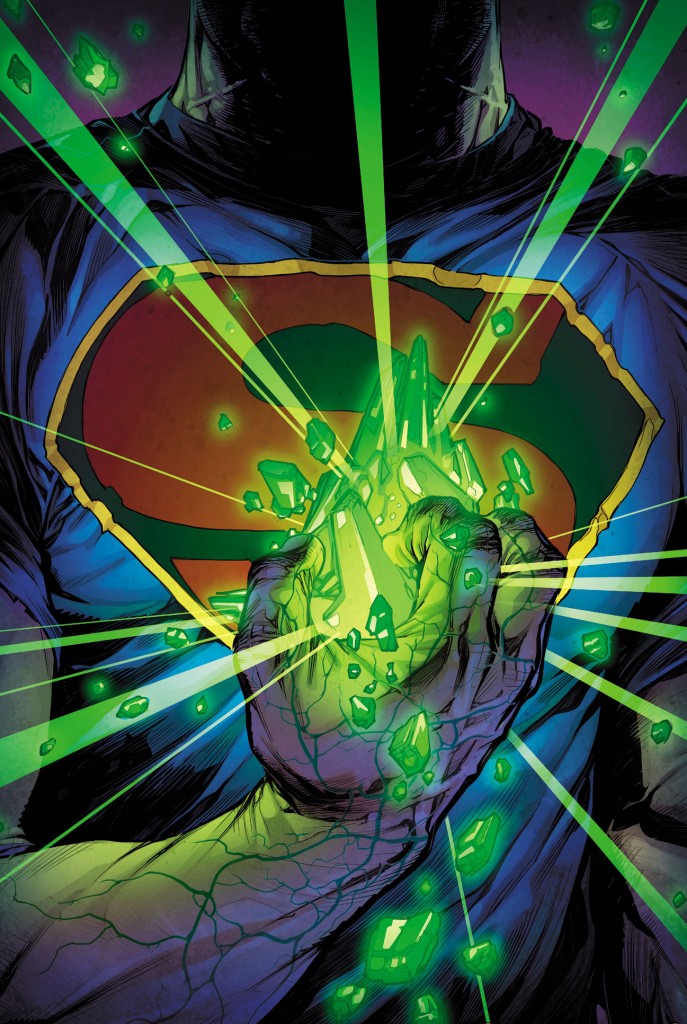 “The Savage Dawn” continues! Time is running out, and Superman must make a fateful choice! Can he risk exposing himself to the one thing that could save him: Kryptonite? 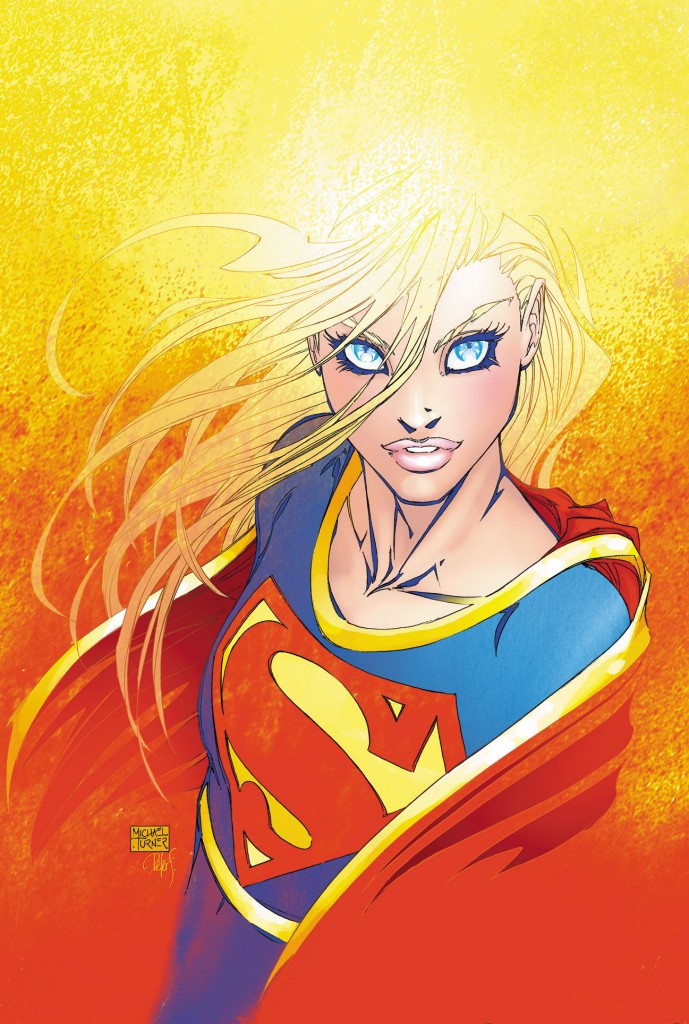 SUPERGIRL VOL. 1: THE GIRL OF STEEL

In these stories from SUPERGIRL #0-10 and 12, Kara Zor-El, Superman’s cousin from Krypton, adjusts to her life on Earth, crossing paths (and trading blows) with the JSA, the Teen Titans and the Outsiders along the way. But while she’s facing off against other heroes, her cousin’s nemesis Lex Luthor has uncovered a truth that could change the Girl of Steel forever! 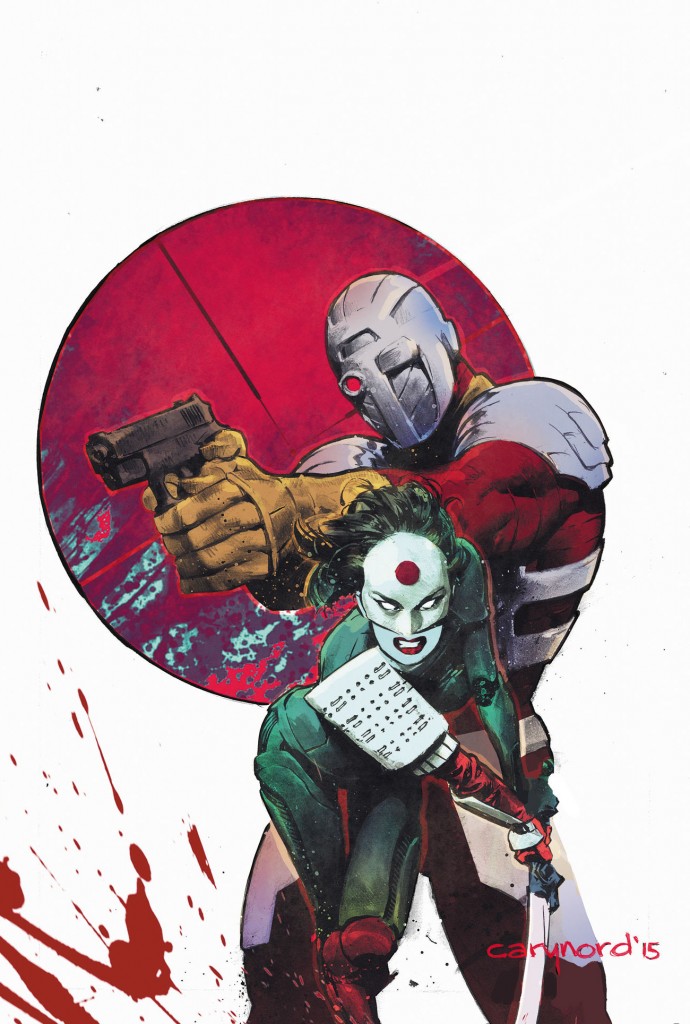 Two of the stars of next year’s highly anticipated action movie break out in their own solo adventures in this extra-sized, 6-issue miniseries! First, in a story by Brian Buccellato, Viktor Bogdanovic and Richard Friend, Deadshot is on the run, taking on a series of new contracts, and re-establishing himself as the world’s most deadly marksman. But things are about to get complicated for Floyd Lawton when a figure from his past threatens to expose a dark secret…and Deadshot gets word of his next target: Lex Luthor! Then, writer Mike W. Barr returns to the character he co-created in “Katana, Cult of the Kobra,” with art by Diogenes Neves. Katana needs to know more about Soultaker’s origin if she’s going to have any hope of controlling the sword instead of falling under its influence. Dr. Helga Jace, a Markovian astrophysicist, may be able to shed some light—but before Katana can get the info, Kobra’s forces attack! 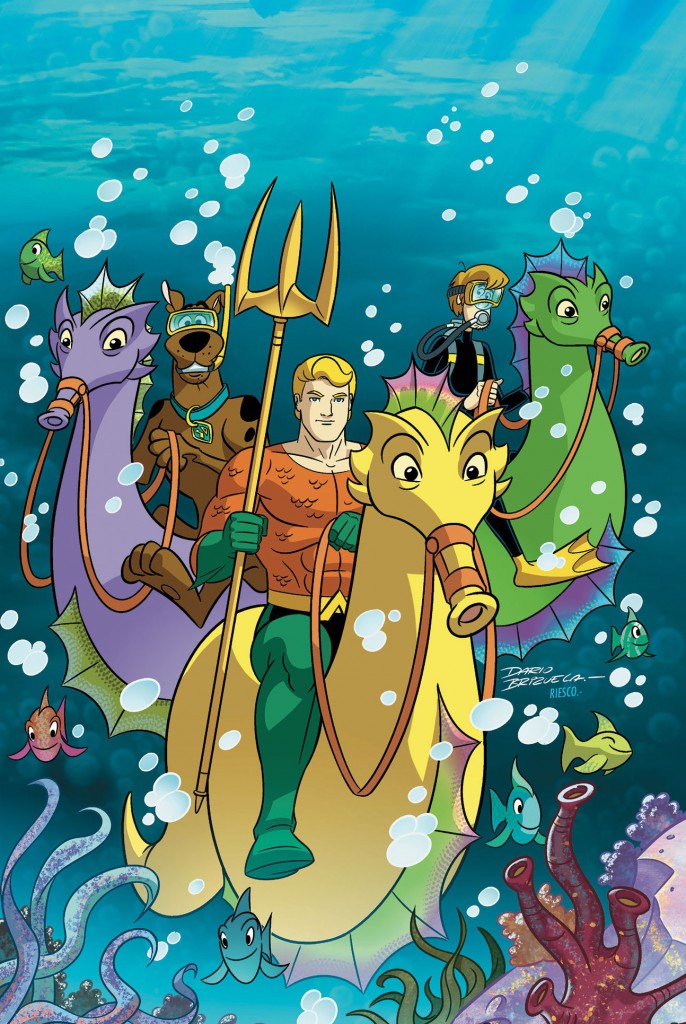 The surface world is threatened by an ancient menace from beneath the sea! This looks like a job for Scuba-Doo! Aquaman, Scooby and the gang will have to descend to the depths to unravel the mystery on the ocean floor. But are the supernatural creatures real, or is it just a scheme to conquer the undersea kingdom of Atlantis? 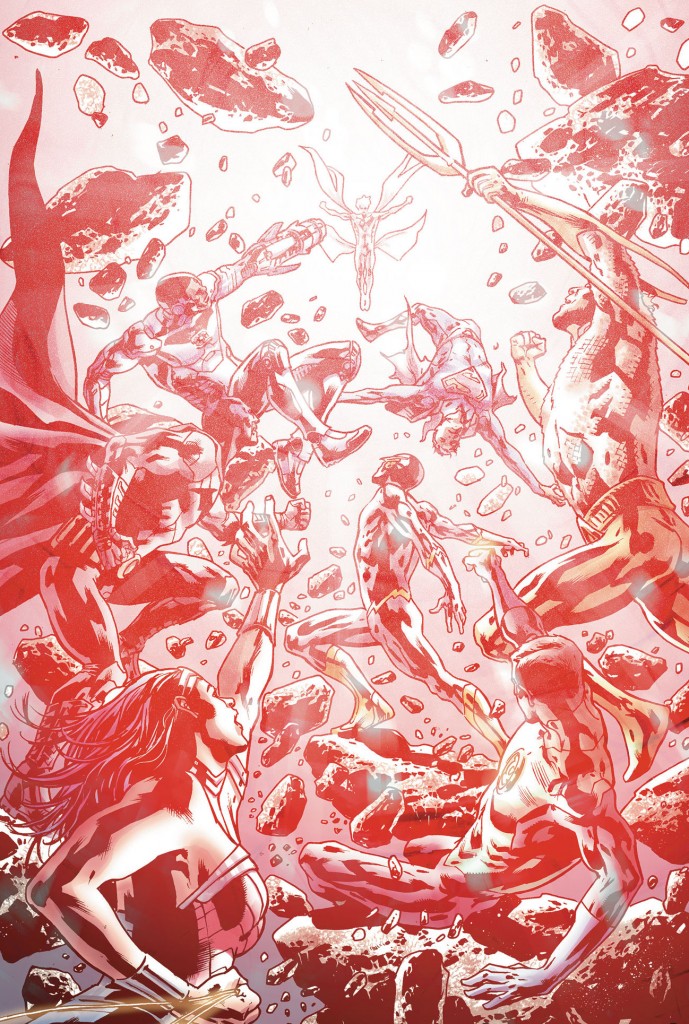 The devastating climax of last issue has the League scrambling for revenge! Only problem is, they’ll need to get through millions of super-powered Kryptonians to get it! This issue features open-to-order variant covers by Joe Madureira that will be shipped in opaque polybags. 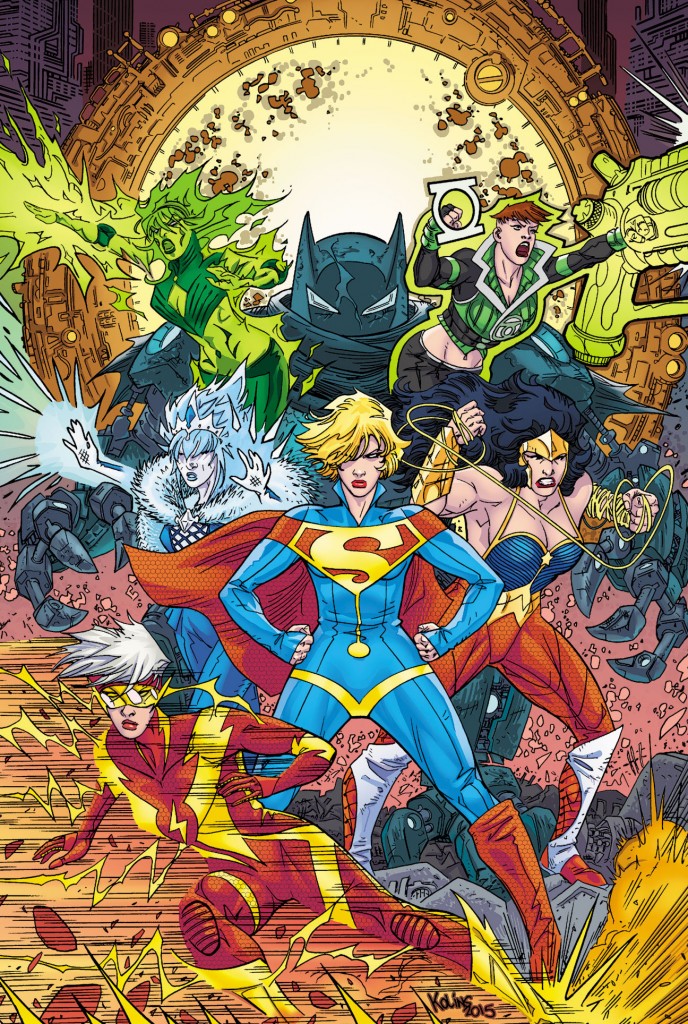 As Lady Styx’s legion reigns over the Commonwealth, an all-new Justice League rises from the ashes of the old. But can they topple a tyrant who’s embraced by the very people she’s conquered? 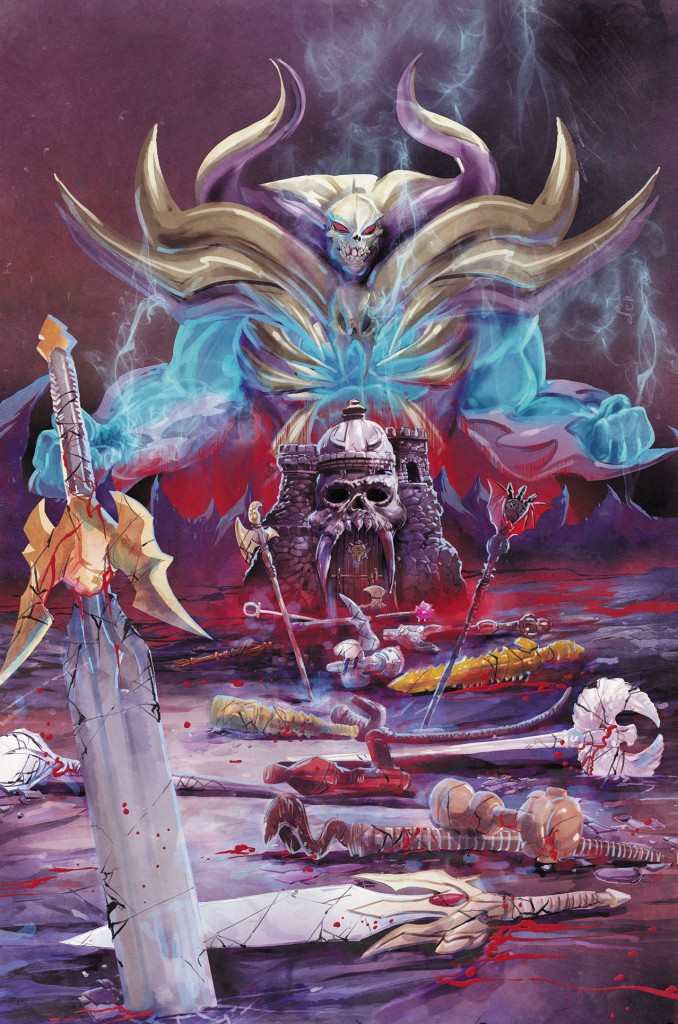 This is it! The penultimate issue of the Eternity War—and “Masters of the Universe” will never be the same! As Eternia crumbles, it’s Master vs. Master, He-Man vs. Skeletor—with all new powers at their command—fighting for control over Castle Grayskull and ultimate power! In the end, winner takes all! Who will become…the Master of the Universe?? 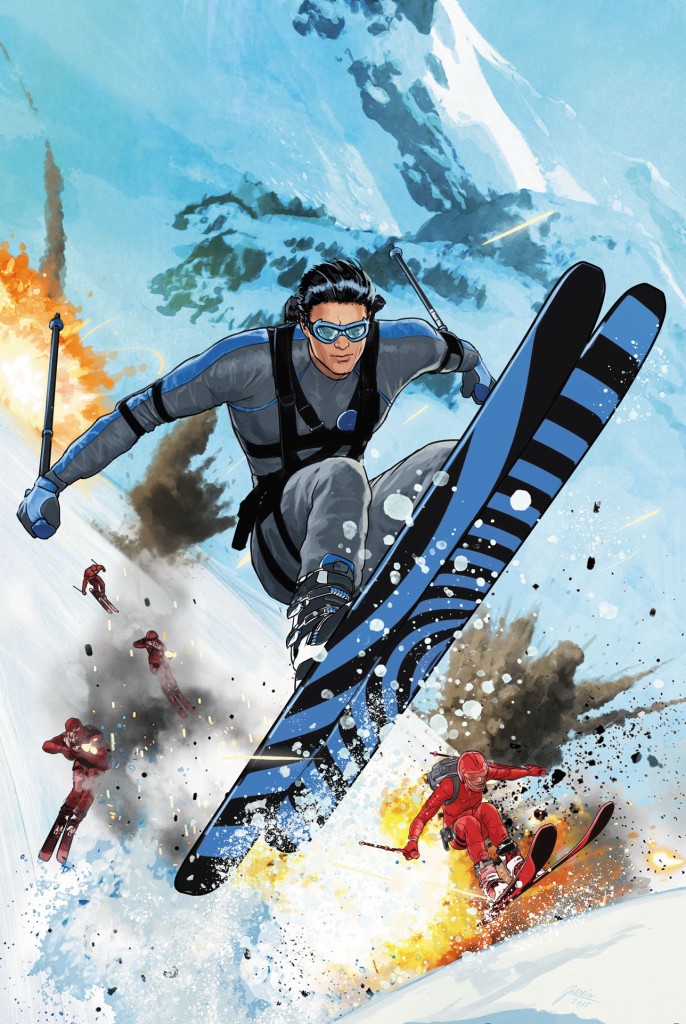 Armed with new information concerning Spyral’s connections, Dick must seek Tiger’s help to take Spyral down from within. But when Dick’s, his days as a double-agent may soon end in death! 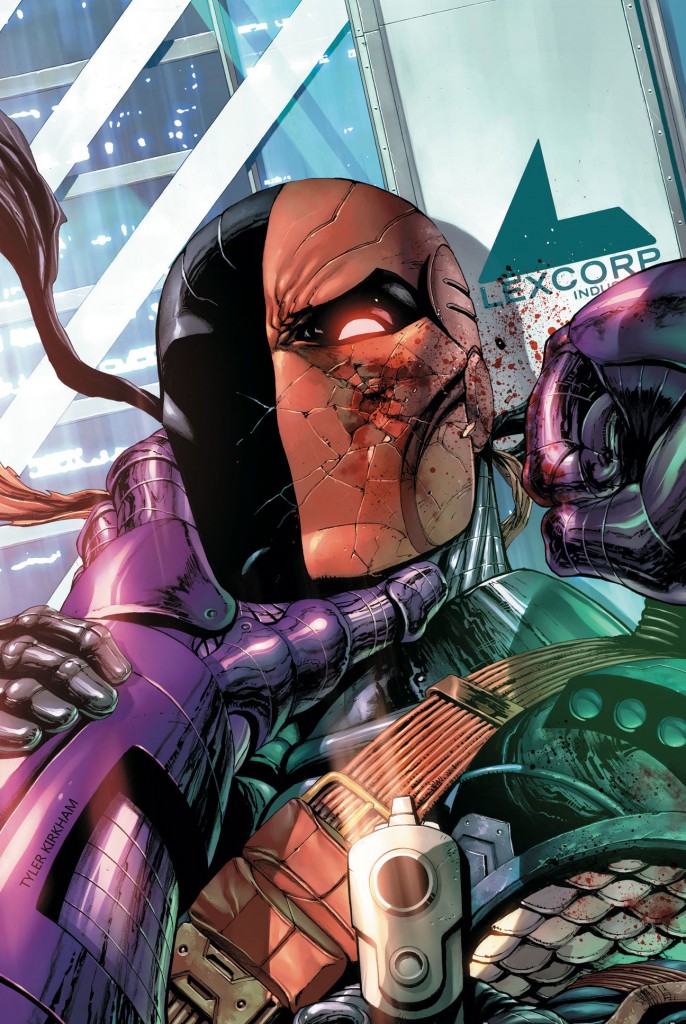 Slade Wilson would move heaven and Earth to get his daughter back—and not even LexCorp will stand in his way! But after barely surviving a tussle with the Suicide Squad, how can a battle-ravaged Deathstroke take on Lex Luthor’s forces? 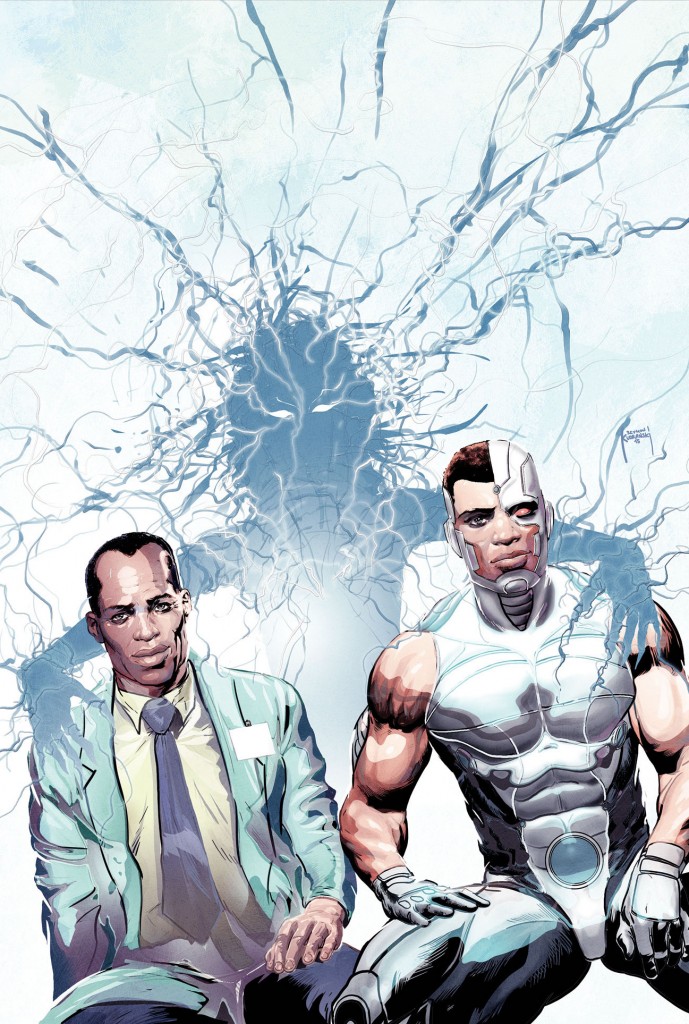 Following the attack of the Techno-sapiens, Cyborg must come to terms with the nanotech that makes him what he is! But in the Justice League’s Red Room, Vic discovers a “Ghost Machine”— a computer program that’s strangely familiar to him… 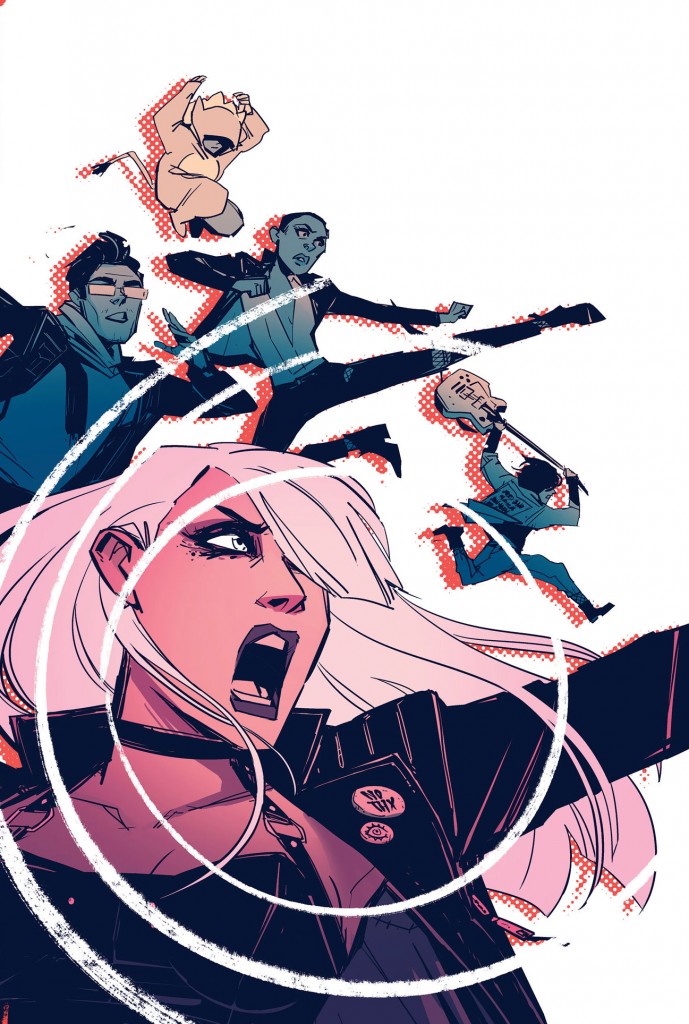 It’s the deafening finale of the band’s debut tour! Dinah will have to scream louder than she ever has before…so loud that the walls of reality will crumble! It’s gonna get crazy, folks.