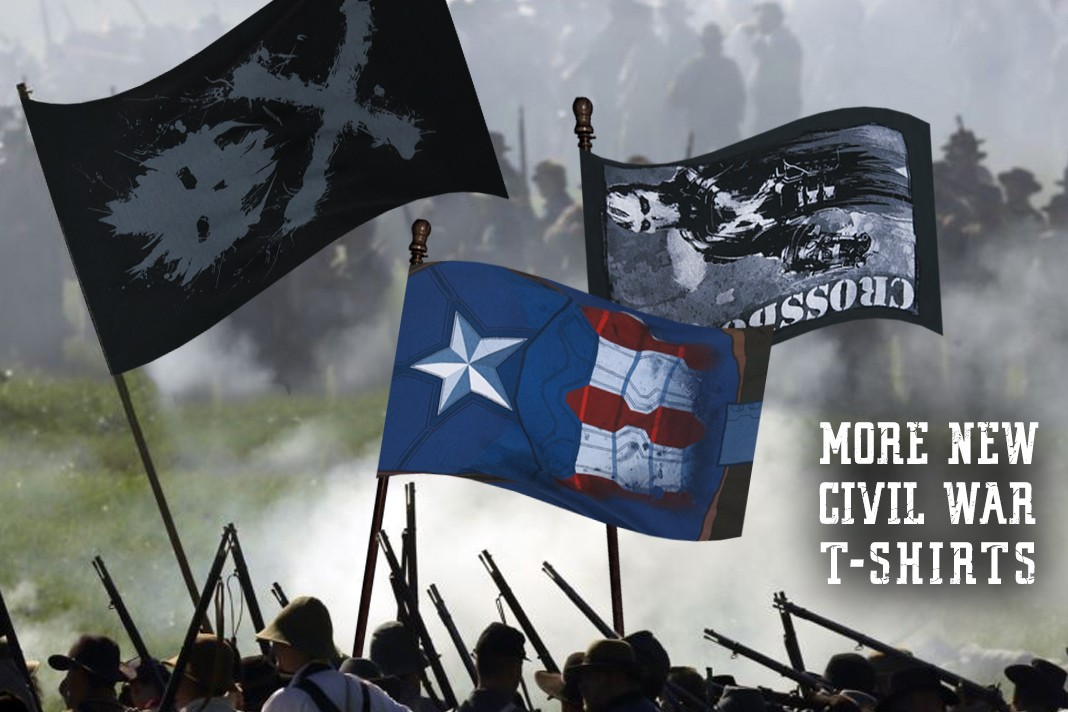 Firstly, we have the Captain America Civil War Costume T-Shirt! Made from 100% cotton, this blue t-shirt simulates the costumed appearance of Captain America circa Captain America: Civil War! The only thing missing on this particular Captain America tee is the gobs of blood layering its veneer due to the severe @$$-whooping delivered by Iron Man. Yup.

It’s the Captain America Civil War Crossbones Symbol T-Shirt! Made from 100% cotton, this black t-shirt features nice bit of minimalist symbology effectively representing the evolution of Brock Rumlow from Project Insight enforcer, to Captain America-hating super-villain. Yes, Brock’s a super-villain now, and he’s got the costume and scary-looking pirate motif to go with it.

It’s the Captain America Civil War Crossbones Stance T-Shirt! Made from 100% cotton, this black t-shirt features an illustrated study of the latest incarnation of Brock Rumlow’s angst, referred to (by him) as “Crossbones.” Yes, this “Crossbones” personality was created to more effectively kick the stars and stripes out of that pesky Captain America. @$$hole completely ruined a perfectly good, HYDRA-inspired plot to murder potential threats with automated SHIELD Helicarriers. JERK!