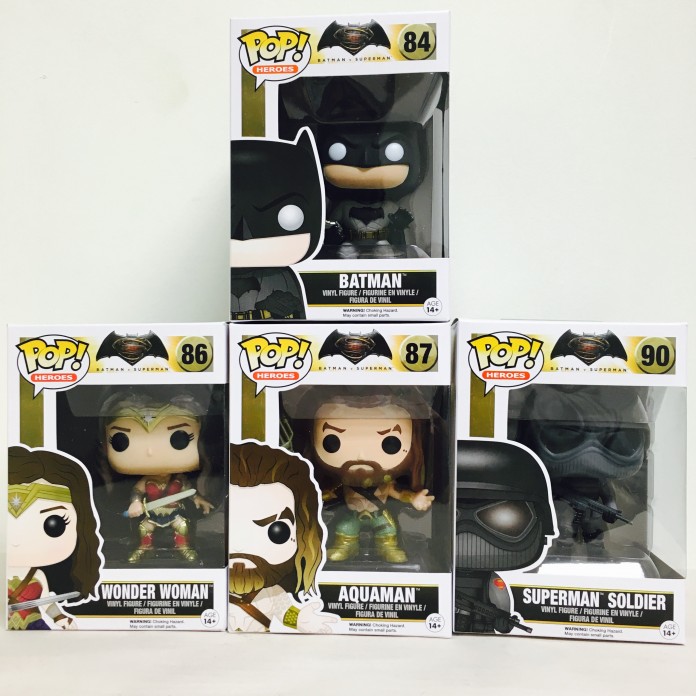 Measuring 4″ high, it’s the Batman Vs Superman Batman Pop Vinyl Figure ($12.99)! He’s coming out of retirement to deal with an adversary who could ‘BURN THE WHOLE PLACE (meaning Earth) DOWN!!’ In the interim, he’s getting back into the swing of things by blowing up school buses with military-grade heavy ordinance and branding crossing guards with super-heated Bat-Symbols! 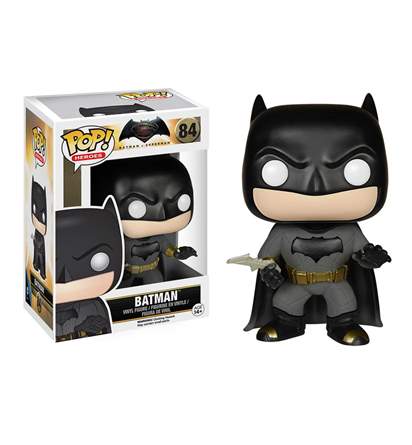 Measuring 4″, it’s the Batman Vs Superman Wonder Woman Pop Vinyl Figure ($12.99)!
Is she from Themyscira? Krypton? The center of the Earth?? WE JUST DON’T KNOW! I mean, she shows up in the middle of a fight and saves Batman’s bacon at the absolute last minute. Oddly, she’s not with Batman and she’s not with Superman. Heck, she’s not even with Justice League Europe. Who is she? Doesn’t matter; she’s here, and that’s all that counts.

Measuring 4″ high, it’s the Batman Vs Superman Aquaman Pop Vinyl Figure ($12.99)! He’s so ANGRY at us surface dwellers!! Why? Because Zod and his band of Kryptonian exiles tried to terraform the Earth which wreaked ABSOLUTE HAVOC on the Indian Ocean! Aquaman and his family were having a peaceful picnic a few thousand fathoms below sea level and… BAM! WORLD ENGINE! So, he has our permission to be mildly incensed. 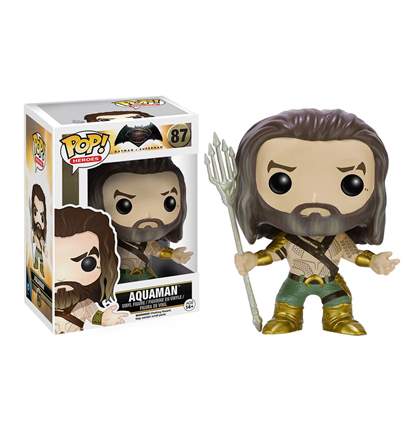 At 4″ high we have the Batman Vs Superman Knightmare Batman Pop Vinyl Figure ($12.99)! He’s not really a Batman iteration occurring in ‘real’ life; he’s Batman within a terribly apocalyptic nightmare where Superman has apparently beat the hell out of Earth. Batman’s trying desperately to turn the tide but…well, Superman’s an unyielding force of nature. Oh! And if Batman can free himself momentarily from this conflict with Big Blue, maybe he’ll have time to deal with those Parademons portending the arrival of Darkseid! ALL HAIL DARKSEID, OUR MIGHTY MURDERER OF DISASTROUS FREE WILL! 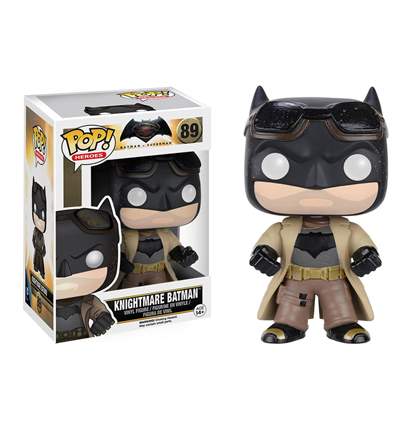 Measuring a dependable 4″, it’s the Batman Vs Superman Soldier Pop Vinyl Figure (12.99)! He’s a soldier fighting under the sacred S-Shield flag. Is he assigned by the government to keep an eye on Superman? Or, is he part of the aforementioned dream including Knightmare Batman; a warrior helping Superman keep his recently annexed lands secure in a dreamed-up, post-apocalyptic future where Superman drop-kicked the Earth? Could be either. 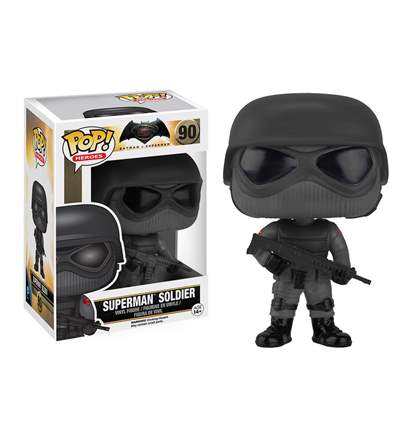 And YES! Superman is on the way!