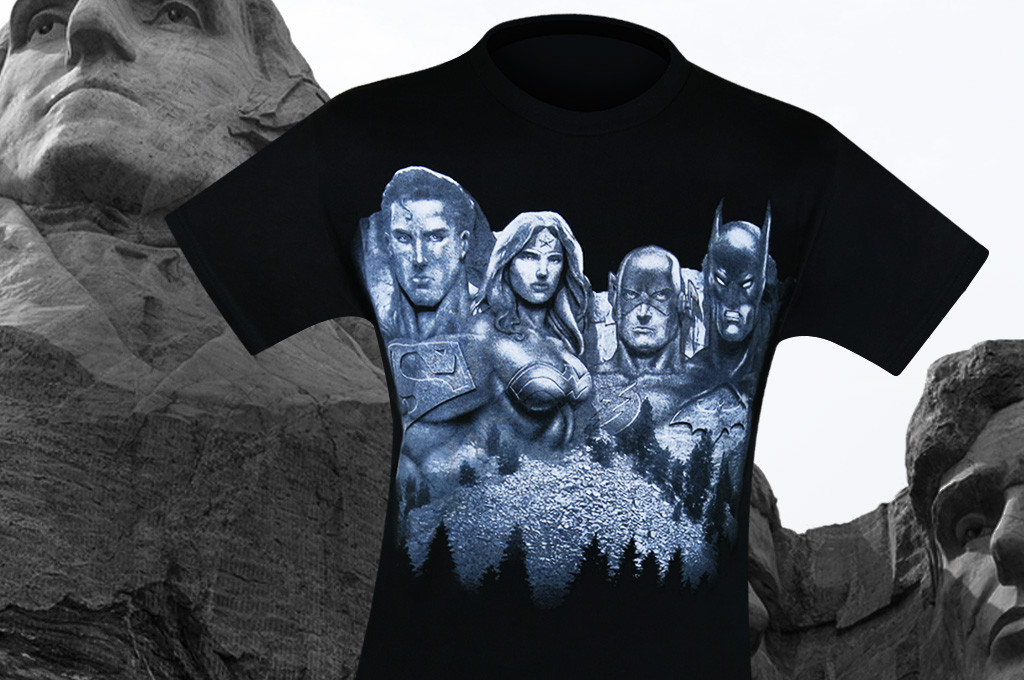 This is what happens when presidential candidates are completely detached, and simply a little too self-serving. Yes, the people have had enough, and demand to be represented by those with a vested interest in the evolution of humanity; an individual, or body of individuals, who respect, protect, and enable the sanctity of life with a collective power greater than a prodigious cluster of nuclear weapons. The people demand…the Justice League!

And, after making their voices heard, all the way from the seahorse farms in Atlantis to the invisible jet-building factories in Themyscira, the people received what they demanded; a presidential, governmental body consisting of the world’s greatest heroes! And, after 10 years in office, a robust economy and an improved focus on green energies, sustainability, brotherhood and world piece, the people honored its new leaders with Mount Justice….and the Justice League Mount Justice T-Shirt.

Thank you Superman, Wonder Woman, Flash and Batman! Thank you for your respect, your service, and most of all, your honesty. Oh, and THANK YOU SO MUCH for turning the Watchtower into a space-based national park!