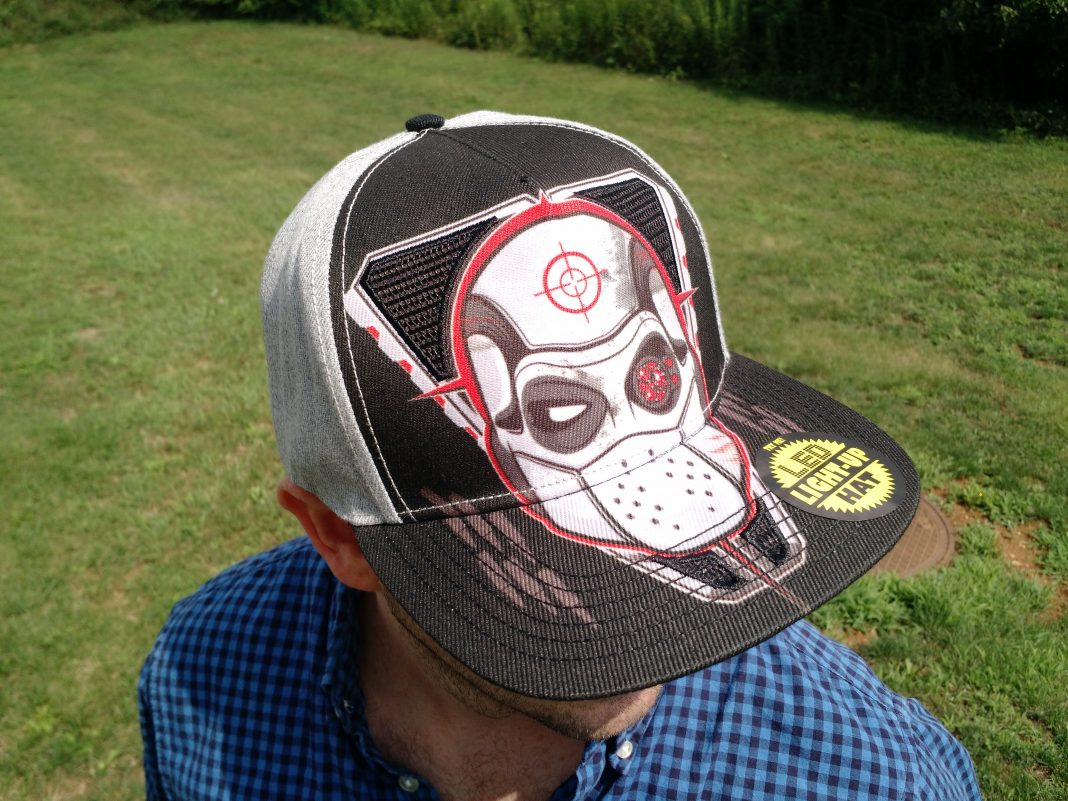 1.The bill’s underside features another image from the film, a slightly more incarcerated Harley.

2.The whole darn thing is totally adjustable via that bright red snapback tab!

Made from 100% cotton, this gray and black, flat-billed cap features Deadshot’s always target-focused cranium! Now, flip a switch inside the hat and watch Deadshot’s “Dead-eye” light the frick up, simulating…pre-assassination preparation, maybe. Anyway, this Suicide Squad Deadshot Light Up Snapback Hat features a raised, embroidered Deadshot logo on the cap’s back, as well as a black, adjustable snapback tab!

Made from 100% cotton, this back, flat-billed cap features the flagrantly tattooed Leto-Joker in all his chaotically writ-upon glory! Yep, because if you want to magnify street-cred, or show allegiance to whatever passes for Emo-rock these days, you sit down on that chair and let Harvey the tattoo artist slather you in frazzled sketches reminiscent of a 6th grader’s algebra notebook. Ugh. Anyway, this Suicide Squad Joker Tatted Snapback Hat features a complete image of Leto-Joker’s cackling cranium extending to the bill, a raised, embroidered Joker logo on the cap’s back, and the always helpful, pleasantly adjustable snapback tab.

It’s El Diablo, and he’s killed enough innocent people to warrant a pass on any and all covert missions boasting potential collateral damage! Unfortunately for him, scorching continents is way too handy in the fight against super-powered terrorists, hence his hasty induction into Amanda Waller’s Task Force X. Anyway, let’s talk about the dang hat.

Made from 100% cotton, this black, flat-billed cap features the seemingly phantasmic, tattoo-adorned brain box of Señor Fuego extending onto the cap’s bill, and a raised, embroidered set of hash marks exemplifying the same tattoo resting above his illustrated eye-socket. Spooky.